Today I'm sharing photos of the dog and pony act at the Carson & Barnes Circus. 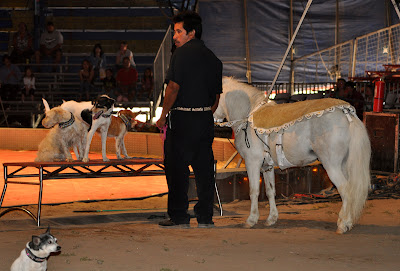 The dogs performed first.  They walked on their back legs, danced, rolled a barrel and jumped through hoops. 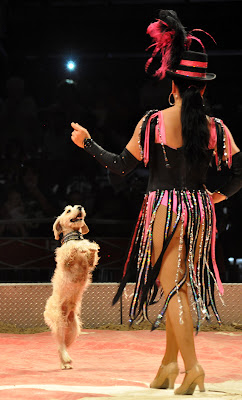 Finally it was the pony's turn. 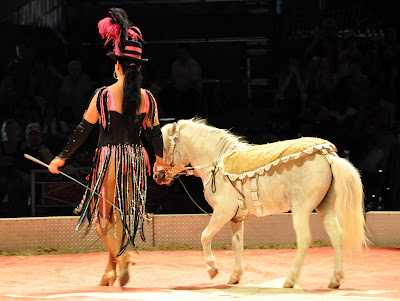 He trotted around the ring a few times by himself... 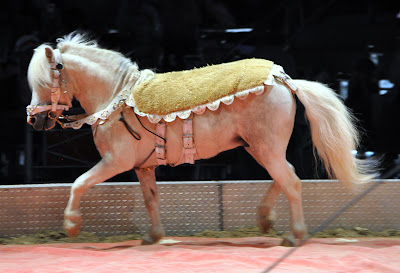 before coming to a halt in front of a platform where his passenger awaited. 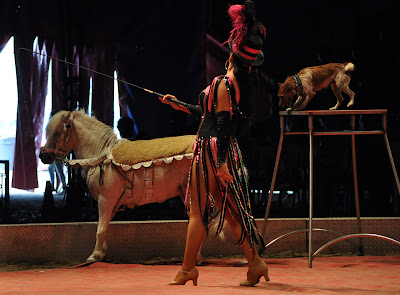 The dog stepped down... 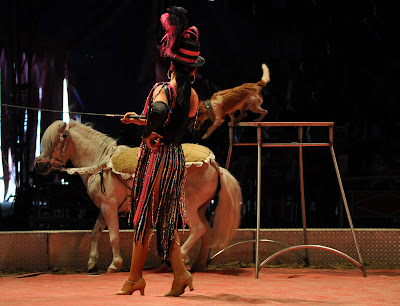 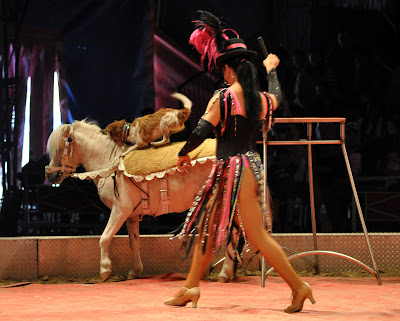 and off they went! 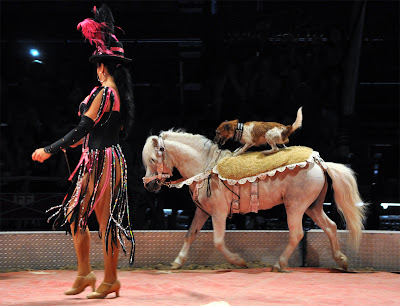 There were several different riding dogs, and each had his own distinct style in the saddle.  This dog stood up tall... 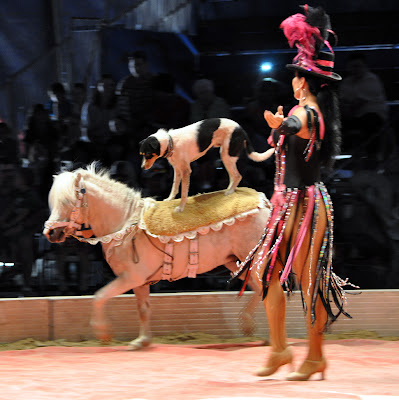 while this one crouched down low. 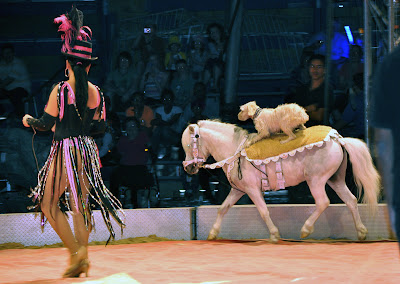 The scruffy little terrier used his mouth to hang on.  I don't think the pony was a fan! 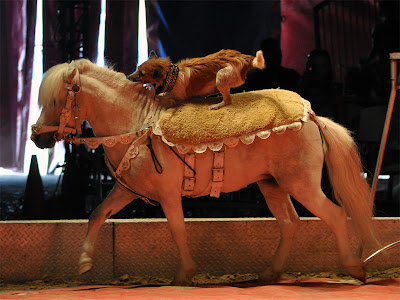 After all the dogs had taken a turn or two, they were called out of the ring.  The pony came into the center of the ring and took a bow with his handler. 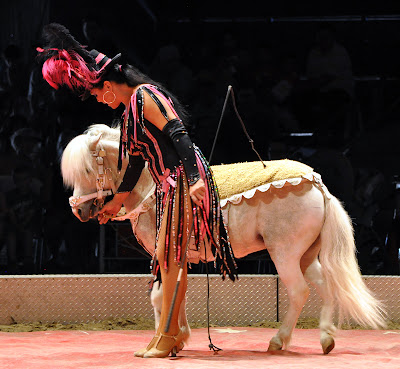 I think I'm officially done with dog posts now... but no promises!
Posted by Braymere at 3:16 PM