Celtic mythology is filled with horses and horse-like creatures, the best known of which is undoubtedly the Kelpie.
Kelpies are a shape-shifting water spirit inhabiting the lochs and pools of Scotland. They usually described as malevolent, black horse-like creatures who lure unsuspecting humans to a watery grave.
No surprise, this year's Celtic Fling themed BreyerFest Diorama Contest is filled with kelpies.
Joanna Chronister made a kelpie. 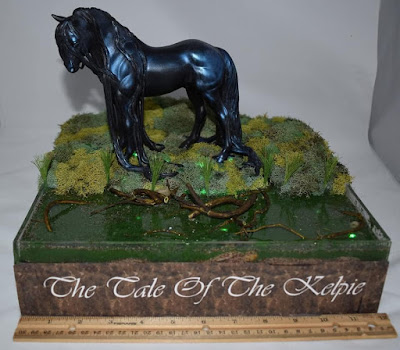 So did Melody Danielson... 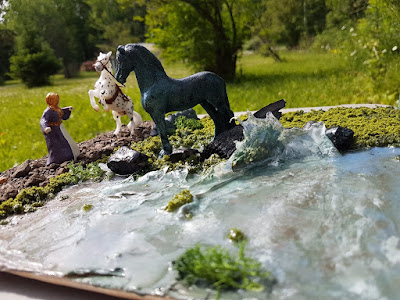 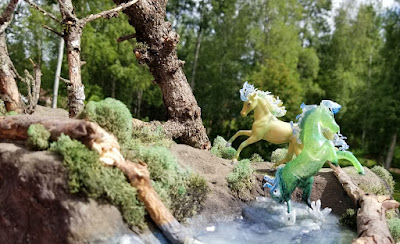 Laura cheerfully describes her creation this way: Here's mine! It shows a pair of kelpies playfully awaiting a human to drown. Lol. 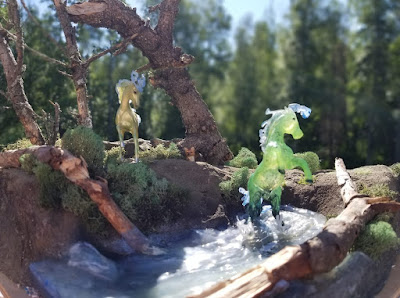 Eleven year old Ellie Bobbitt's Kelpie doesn't have to wait. She has found her human and is sweetly leading her to the water's edge. 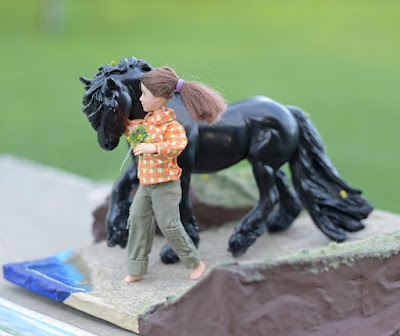 Not all the Kelpie victims are unsuspecting innocents. Mary Riordan writes: My diorama depicts a young man stealing the kelpie's silver bridle so he can capture its strength forever. If he misses, his hand sticks to the hide and he will be dragged into the watery depths. 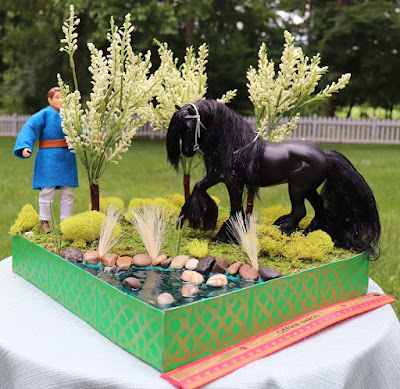 Lauren Jensen's model is an Aughisky. That's similar to a kelpie but far more vicious. 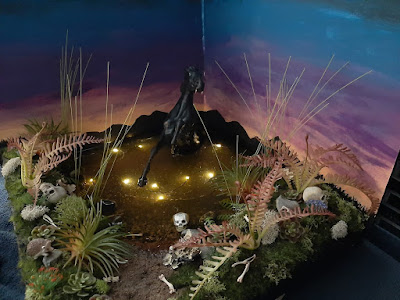 Here's some of her diorama's murderous details. 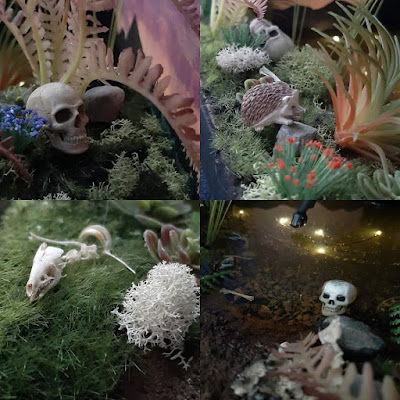 The award for the most gruesome kelpie scene has to go to Karin Hullatti. 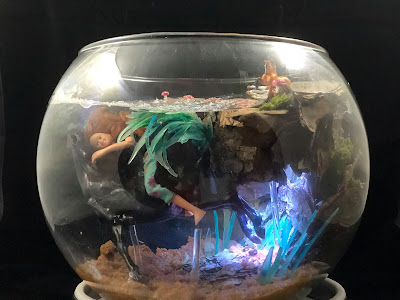 This scene depicts a Breyer collector who had the bad fortune of meeting a kelpie. 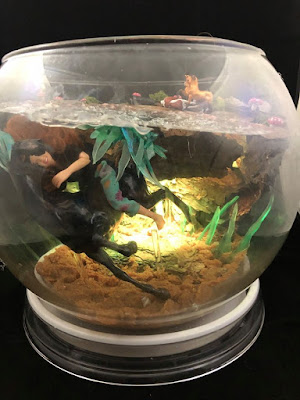 She was dragged underwater. 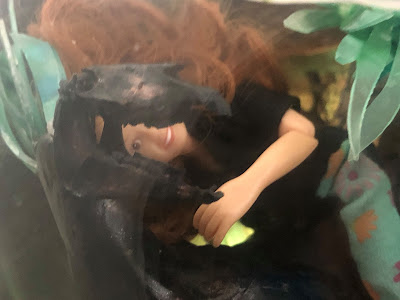 Only her boots and models remain on the shore. 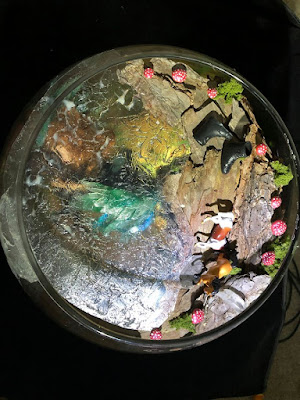 Thank you, Barbara, Paige, Aryn, Joanna, Melody, Laura, Mary, Lauren and Karin. Your kelpies (and Aughisky) are magnificent!
Posted by Braymere at 6:01 PM