The first day of the last Estes Park Horse Show concluded with three elimination-type games classes: Sit-A-Buck, Egg and Spoon and Toilet Paper Pairs, all of which are frequent fliers in the model horse performance ring. 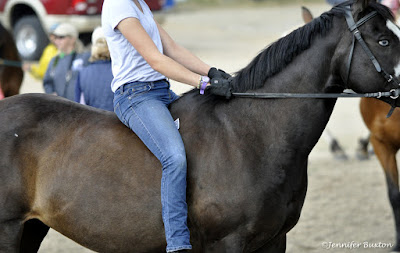 Generally speaking, riders place the buck near the front of their thigh, as shown in the first picture. As the class goes, on the buck tends to work its way backwards.

The lower and more visible it gets, the closer the rider is to elimination.
To best portray a winning entry, the buck should stop here. 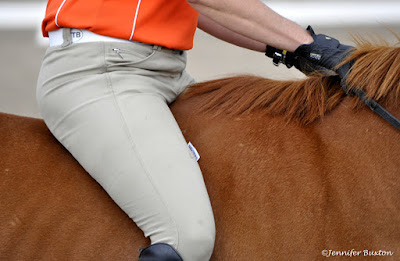 It's also worth noting, that this class is generally won in the canter. 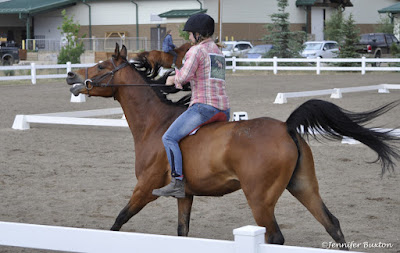 Nearly everyone survives the first walk and trot. This is important to remember while setting up your model horse Sit-A-Buck entry. If you use a Zippo and the dollar bill is falling out the back of the rider's thigh, I probably won't be super impressed. 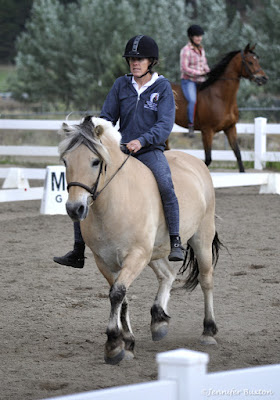 Here's the winner of the Sit-A-Buck class at the Estes Park Horse Show. Even after all the gaits and a change of direction, her dollar bill is barely visible. 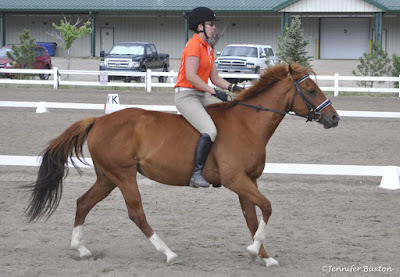 Egg and Spoon is a lot like Sit-A-Buck in that most of the pairs will survive the slower gaits. 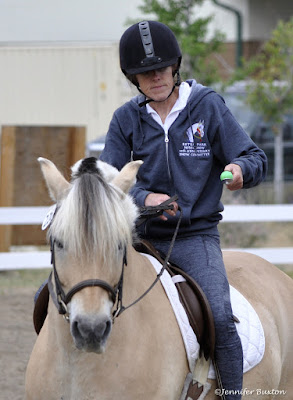 However, because it requires one handed steering, changes of direction can be used to make the slow gaits more challenging. 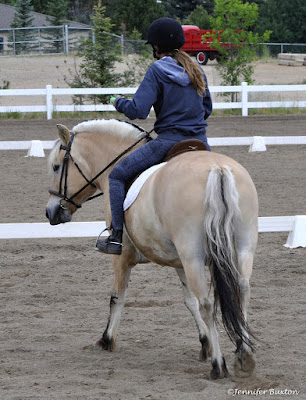 Still, most of the time this class is won... 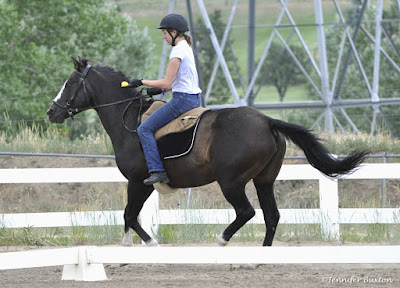 and lost in the canter! 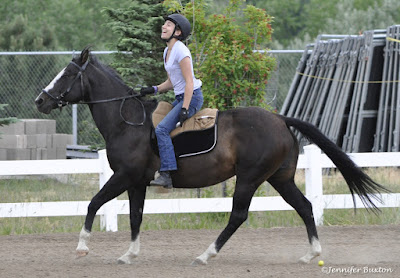 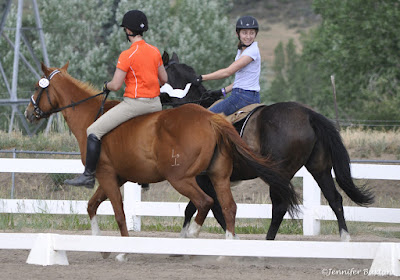 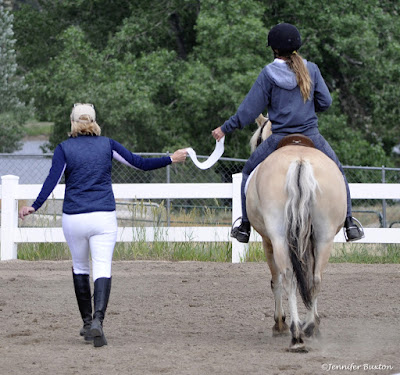 This half in-hand entry did just fine through the walk and trot... but came to grief when the announcer called for an extended trot. 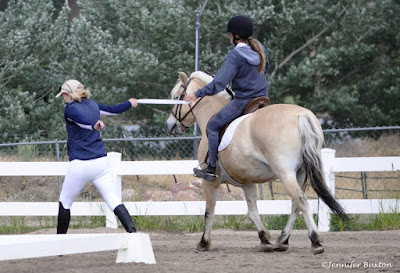 I'm just about to the end of Estes Park Horse Show pictures. I hope everyone has enjoyed them. That was a fun day, and I hope to see some of the ideas and pictures from this show on live show tables for years to come!
Posted by Braymere at 11:10 AM