Arabians don't trot in their costume classes, at least not in those held under the auspices of the Arabian Horse Association. This can be a problem for model horse performance showers, but over time, we've come up with several workarounds. 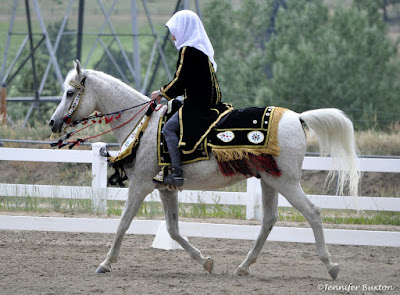 The first, and perhaps most obvious, explanation is to say that the entry isn't a show-ring entry at all. Instead, it's a depiction of an Arabian being ridden in its native land. This works well, provided the horse, tack and attire are appropriately desert-like. If they're not, many people will go the Horse Expo/Breed Exhibition route. A third option is to state that the horse is showing in another country, usually Great Britain, where Arabians do trot in their costume classes. 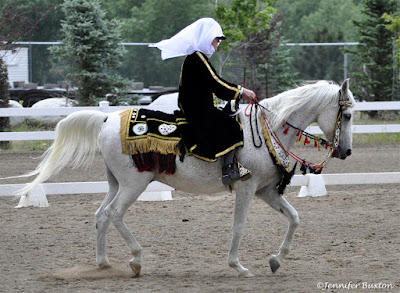 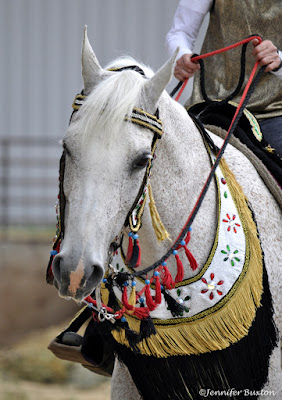 This was a Arabian costume class in which each entry performed individually to music. Ride times were capped at five minutes, but there were no rules pertaining to gaits. In other words, this is a competitive, show-ring Arab costume class at an American show where horses are allowed to trot. 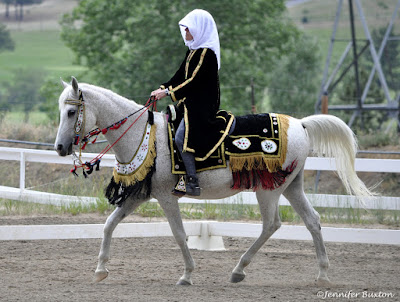 Unfortunately, at this particular show, there was only one entrant, my friend, Trisha Swift on SC Calarro. 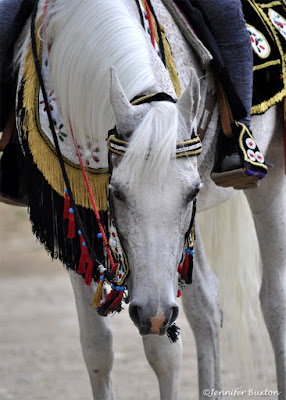 Her freestyle included a lot of galloping. 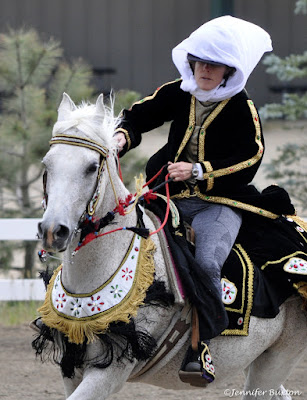 Let's be honest, galloping is always going to be the most important part of an American Arabian costume class. 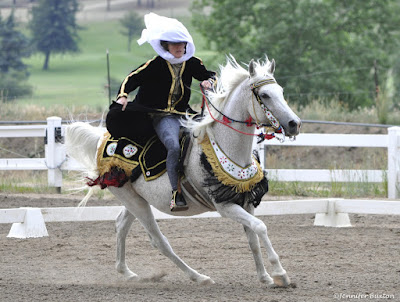 Still, there was a fair amount of trotting, too. 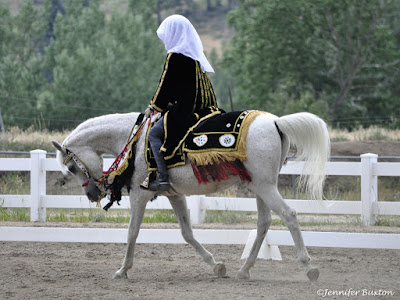 I think we can all agree that Native Arabian Costume Freestyle is the best option so far for showing all those park trotting, pinto Half-Arabians in their crystal encrusted, Hollywood style costumes. You're welcome!
Posted by Braymere at 5:21 PM