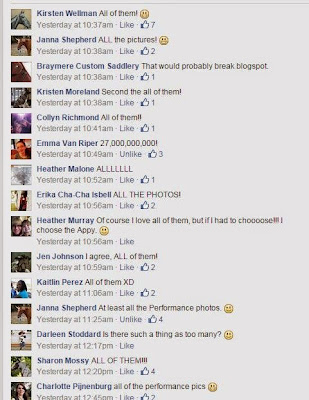 The results were unanimous. 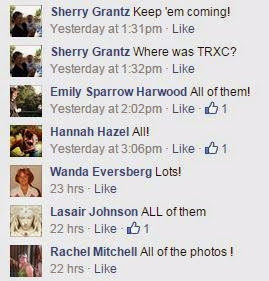 People want to see all the TRXC photos.
Seriously?
That really might break Blogspot! 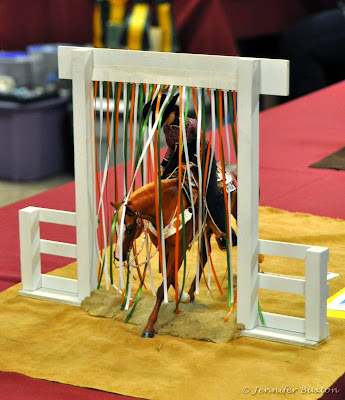 I don't want to bring down my favorite blogging platform, so I'm not going to post them all.  I will, however, share the best of the best, starting with my favorite division: Custom/Resin Performance. 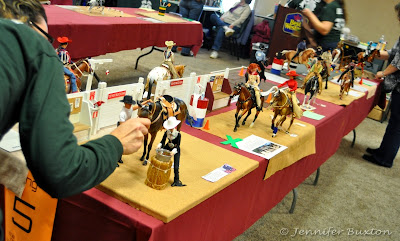 Instead of using a "Post weekend show report" type of format, I'm just going to randomly pick some pictures and tell you what I know about them. 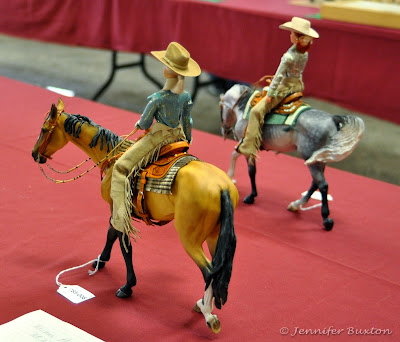 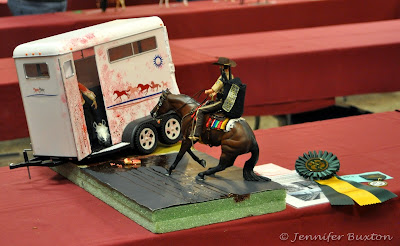 This is Jackie Arns-Rossi's infamous Walking Dead zombie trailer.  Even though I'd seen pictures of this, I was not prepared for the reality. 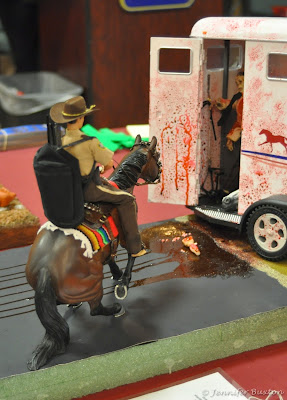 So much grosser in person! 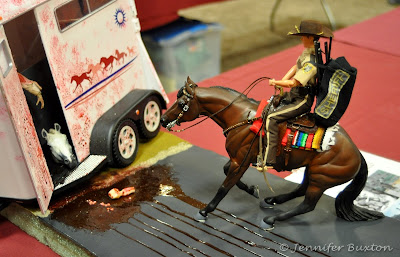 Here's another one of Jackie's horses, Heidi, participating in horse agility... 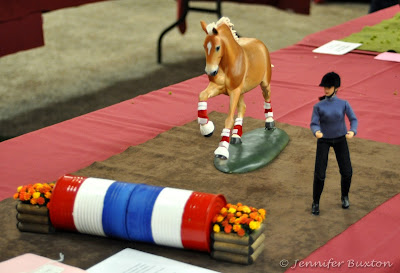 and again in costume with her BCS unicorn bridle. 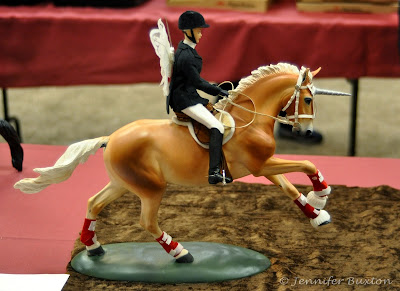 This super nice mini won the Open Show dressage class.  I have no idea how he did in the Championship Stakes. 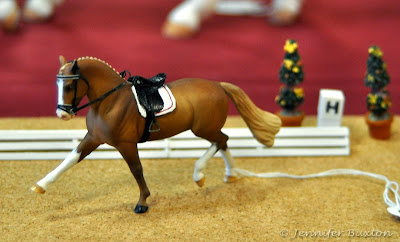 Here's another Open Show winner.  This is a Tiffany Purdy custom owned by Beth Rappleyea. 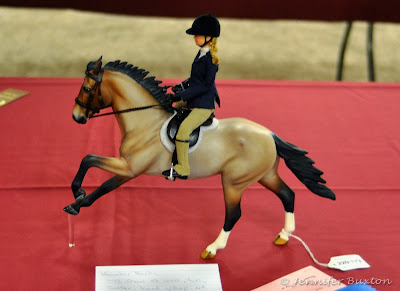 Egg and spoon was a popular choice for the Games class.  This particular entry belongs to Darleen Stoddard. 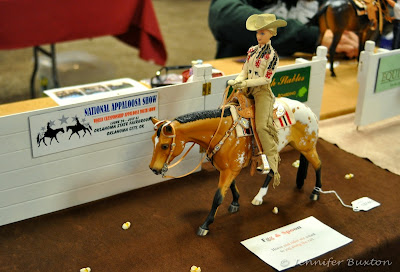 Darleen is a tackmaker as well as a performance shower.  Her studio name is "Equiworks"... 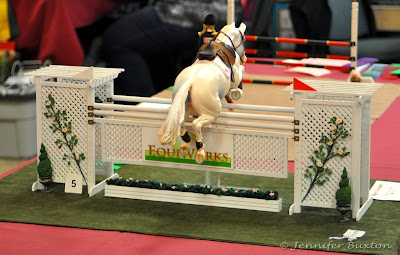 and this is one of her saddles. 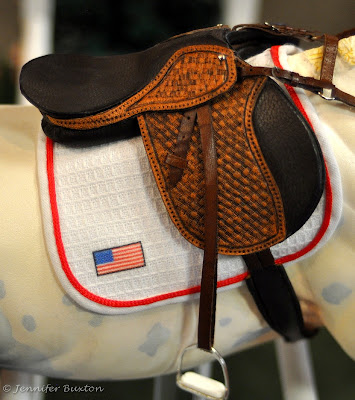 This documentation features one of my photos. 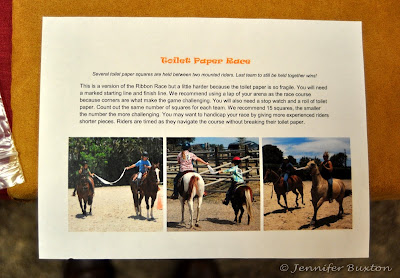 I don't think this is the entry it belonged to, but it's essentially the same sort of set-up. 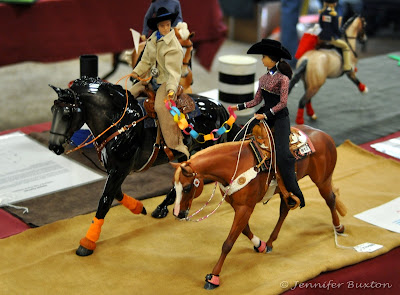 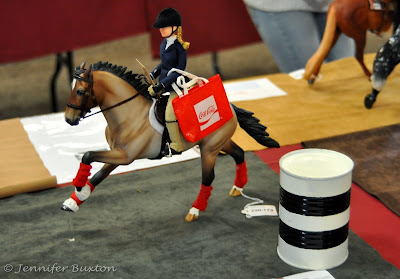