I brought three horses and two saddles to use in the English Performance division of the Redline Revival Performance Show held last Saturday in Boulder, Colorado. Honeyson Fellow got first dibs on the pony saddle and scored wins in both the Cross Country and Jumper classes. 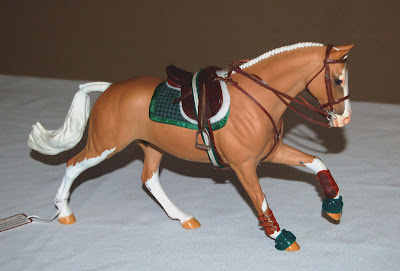 Teresa Buzzell's iApp was hot on his heels. She is wearing a saddle and bridle by Corinne Ensor and BCS sports medicine boots. 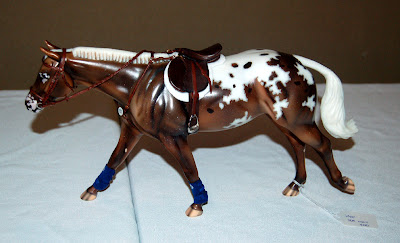 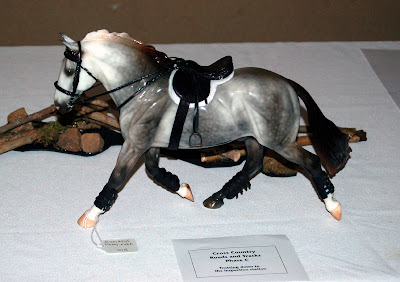 Honeyson Fellow sat out the Hunter class, but my brand new Stage Mom model picked up where he left off with this winning Handy Hunter entry. 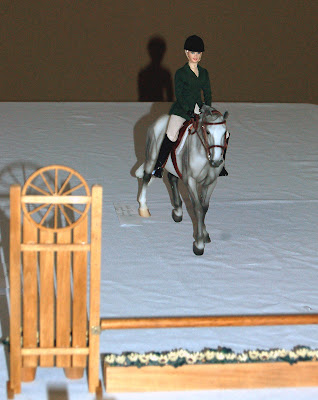 This is one of Esther Johnson's Huntseat Pleasure entries. 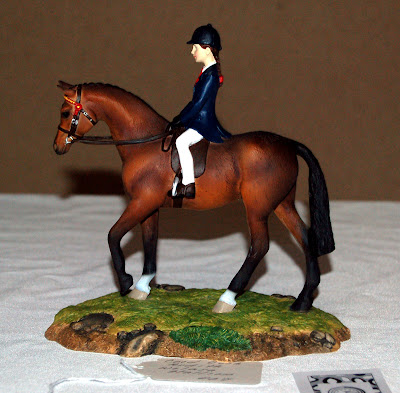 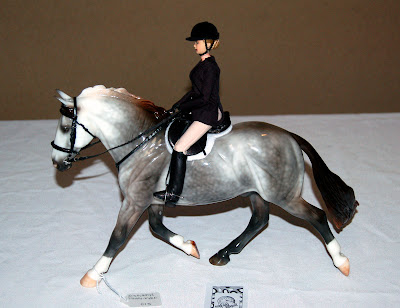 My other pony, Flicker of Sunshine, was second in the Pleasure class. His doll was dressed by Karon Grieve of Scotland. 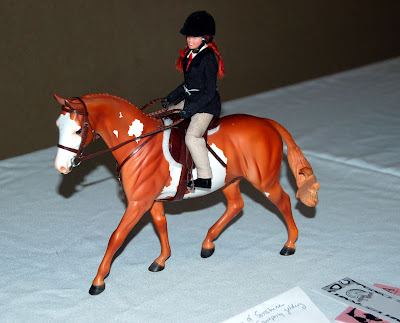 White Trash Girl made it two for two with this Huntseat Pleasure win. Her doll was dressed by Sheri Wirtz and Corinne Ensor. 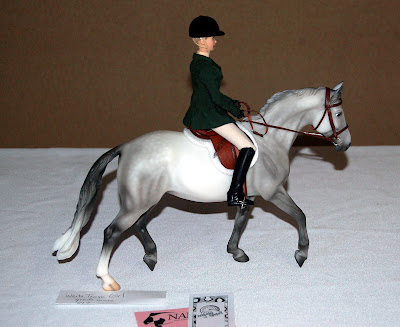 The Other English class should have been named "English Games" because that's what every single entry depicted. This is Karen's grey in the Stepping Stone Race. 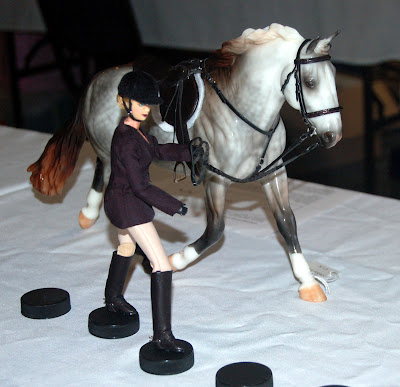 Honeyson Fellow came in fourth with this Balloon Race set-up. Fellow is a Breyer Flash customized and painted by Cindy Evans. 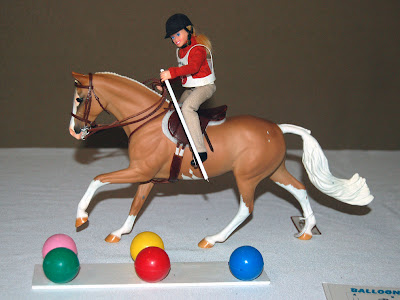 Flicker of Sunshine was third with this Sit A Buck entry. Many thanks to Teresa for lending me the documentation! 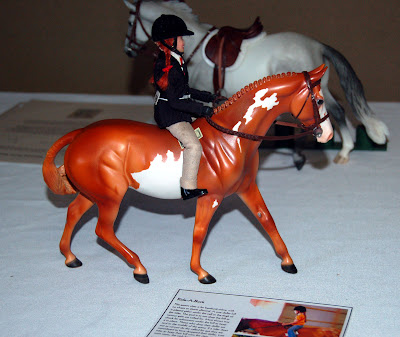 White Trash Girl's Stepping Stone Race set-up was good enough for second. She is being led by my brand new Anne Field doll. 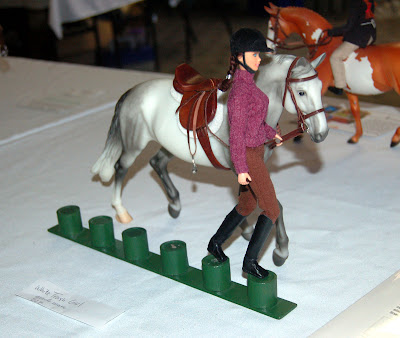 First place honors in the Other English class went to Jane Schneider's pony with his Dragon Race entry. I just love this set-up! 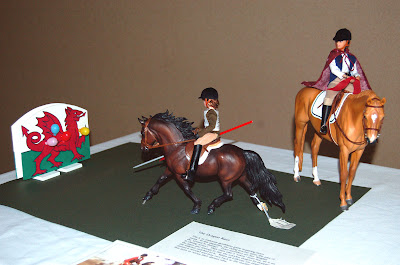 All three of my horses sat out the Dressage class, but Teresa's iApp... 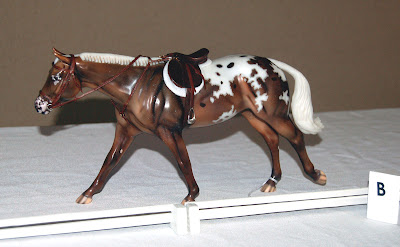 and Karen's grey were more ambitious. I think these two horses entered every class in the English division except Saddleseat. 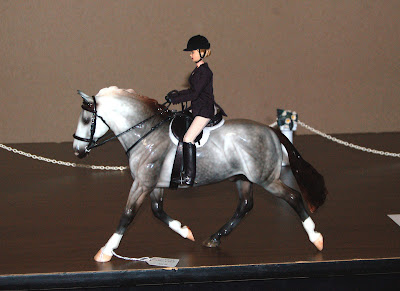 The last picture shows all three of my horses on the Championship call back table. A unique feature of the Redline Revival Show Series is that there are no Champions or Reserve Champions. Instead, the judge chooses a Top Five for each division and then an Overall Top Five at the end. Flicker of Sunshine, Honeyson Fellow and White Trash Girl all received Top Five honors for their performances in the English division. 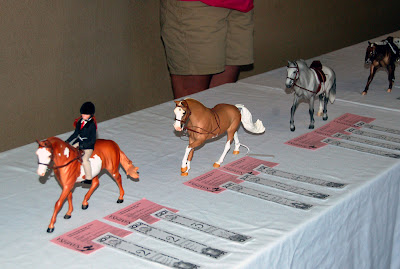 P.S. There was also an English Trail class, but somehow I missed taking any pictures of that. I guess I was too busy working on my super spiffy trail class documentation...
Posted by Braymere at 2:14 PM