Like probably every tack maker in the history of model horse tack making, I have a reference file filled with pictures of things I'd like to make someday. Sometimes when I get stuck, I flip though that file, hoping for inspiration. That's what I was doing yesterday when my eyes landed on this Little Buddy saddle. 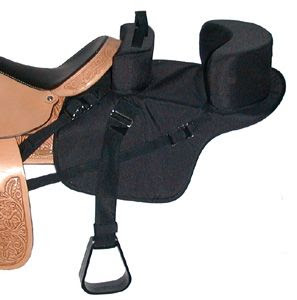 "That looks fun," I thought. "I bet I can make it in five minutes." 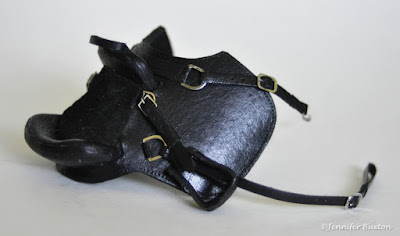 It turns out I was half right. This was, in fact, a really fun project. 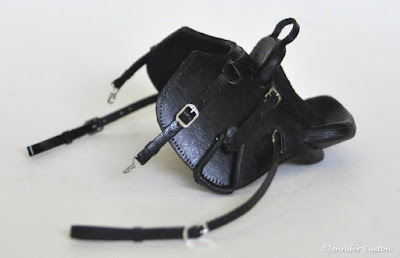 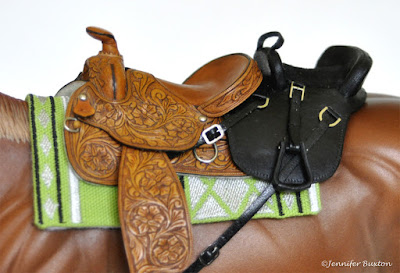 Eventually, I'll need a little kid to ride in the buddy saddle, but for now, it belongs to Mieka. 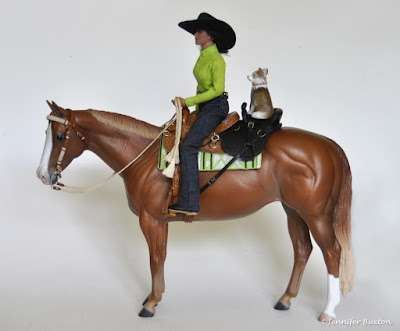 On to the next project!
Posted by Braymere at 1:39 PM