All three of yesterday's cheap Breyers have been claimed. Thanks for your interest--there will be plenty more in the days to come!

I am still working my way through the mountain of hobby stuff in my basement. Most of it is similar to what you saw yesterday--old, often unfinished, tack projects and original finish Breyers.

There have been, however, a few surprises including a box of really old toy horses from my childhood. I hadn't thought about any of these models in years. I didn't even realize they still existed, let alone remained in my possession. Despite that, I remember each and every one of them clearly including their names, breeds and "occupations."

The first, and oldest, is Blackjack. He was given to me by my friend Amy in first or second grade. In case you can't tell, he's a Shetland Pony. 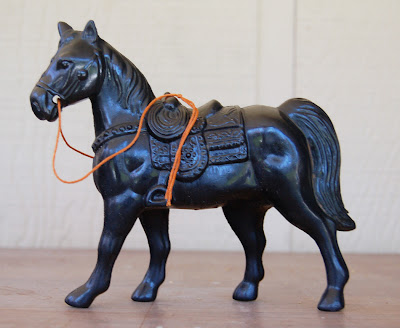 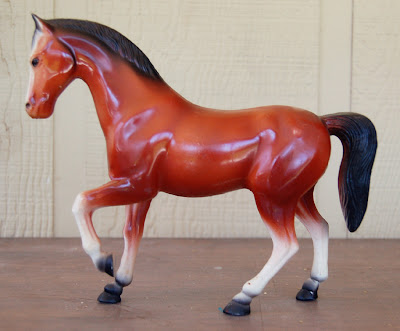 This pinto mare is named Crazy Eights and she was one of my many jumpers. Ok, I realize there is absolutely nothing about this horse that says "jumper," but back then I didn't care about things like conformation and biomechanics. I liked jumpers so that's what most of my horses were! 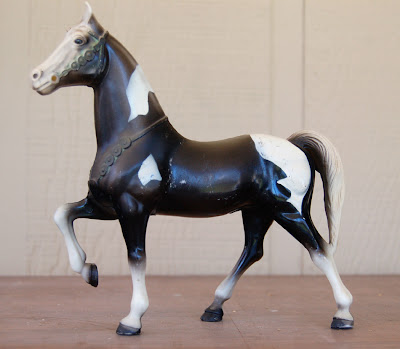 Kanika was also a jumper. 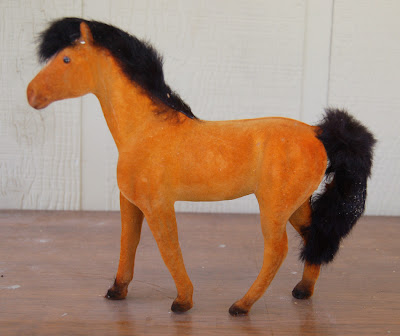 I didn't know about the Pony Jumper division, so this Welsh Pony named Surprize Package had to be a hunter turned broodmare instead. 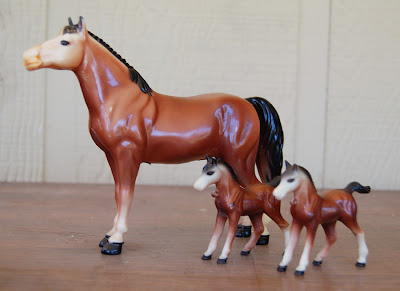 Surprize's twin foals were attached to her saddle via chains that hooked onto their neck loops. I thought that was weird and creepy so I removed the chains. I would have gotten rid of the neck loops, too, if I had known how! 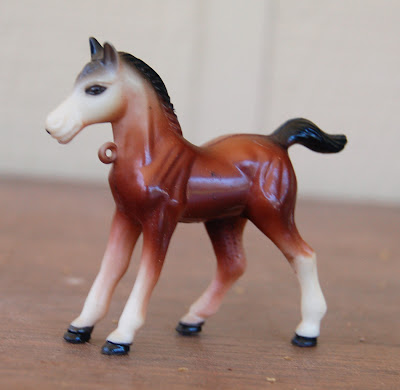 A pair of Thelwell ponies. I don't think these two ever had names, which is kind of strange since I've always liked naming things. 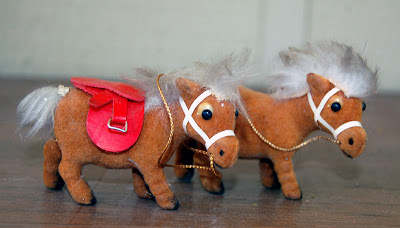 This Appaloosa is roughly Little Bit scale. I know I had a bunch of these at one point, but (thankfully!) the others seem to have disappeared. 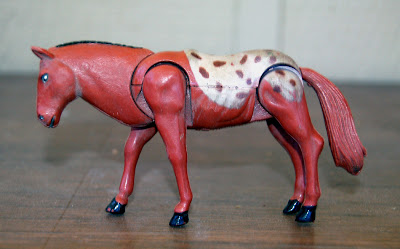 Last but certainly not least, here is my very first original sculpture. I made this in a long ago summer school art class. It's newspaper glued over a coat hanger armature. I remember that I wanted to keep working on it, but the teacher made us move on to another project. I was so disappointed--why would you want to make a mask when you could be sculpting horses instead! 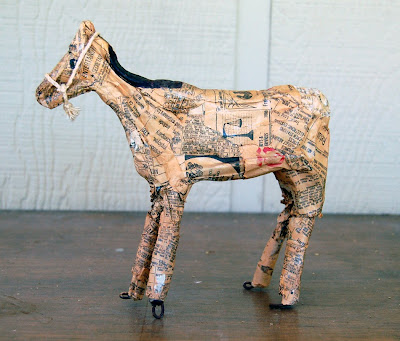 Oh, I don't know what to do with these! Even if there was a market for models like this, I think I'd have trouble parting with them. Probably I'll end up putting them back in the box so I can rediscover them again in another decade or two...
Posted by Braymere at 11:04 AM