Cross Country was the first class of the English Performance division at the Devilish Kokopelli Live show. This is Annette Dean's Cleveland Bay trotting out of his starting box. 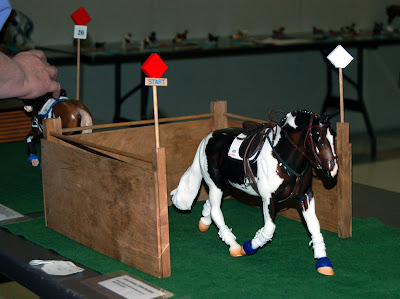 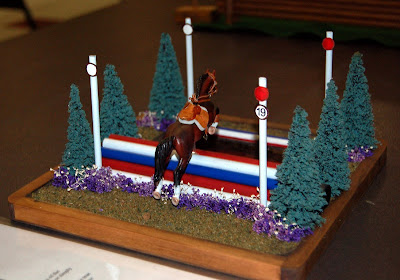 This customized Karen Gerhardt Vigil resin also belongs to Annette. He is shown here competing in the jumper class. Love that fan jump! 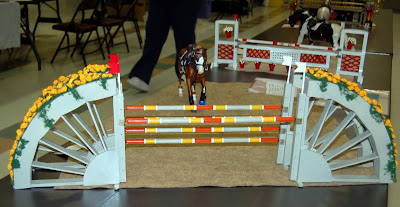 This is Teresa Buzzell's Gem Twist named Drunken Disorderly. He is shown with tack by Corinne Ensor and a jump by Melissa Pearce. This model ended up being the Champion of the English division. 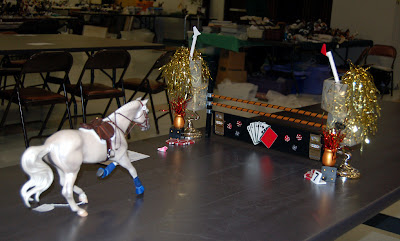 The Cleveland Bay in Huntseat Pleasure. 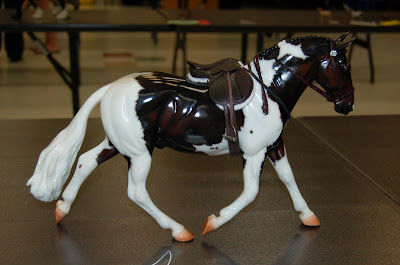 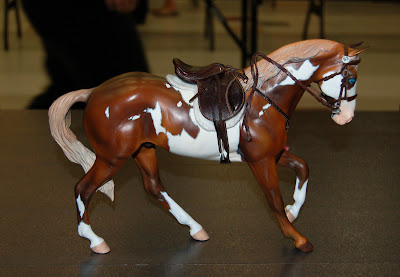 Close-up of Vigil's saddle. I'm not certain, but I think this is a Susan Dolittle creation. That's real stitching around the edges, not paint or stitch-marking. 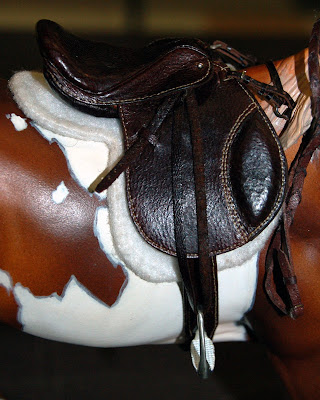 The Cleveland's Other English entry. 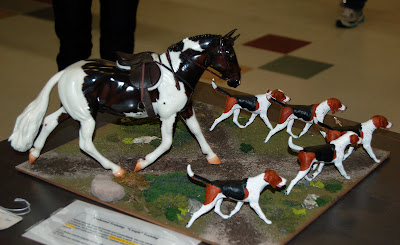 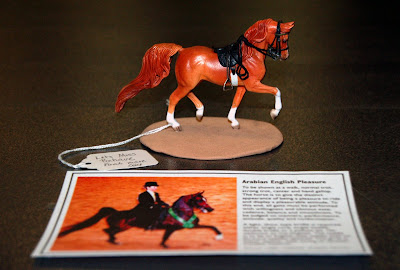 Val McEntee's saddleseat horse. Val says I made this tack set and it does look like one of mine. Strangely, I have no recollection of the transaction. Maybe she bought it on the secondary market? 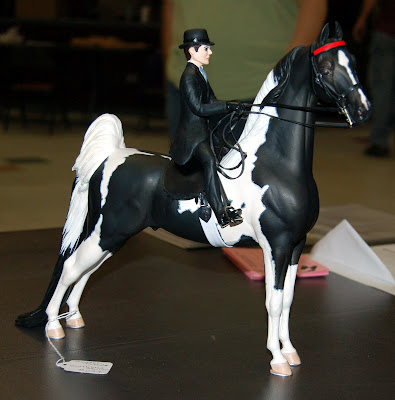 Western next and then on to halter!
Posted by Braymere at 8:42 AM