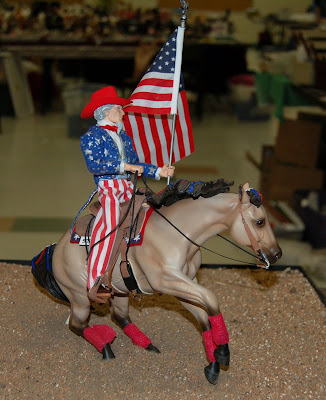 This is a very cool set-up, but word to the wise--if you're showing under judge Christie Partee, you've got to follow proper flag code. The American flag is always held in the doll's right hand. Always. 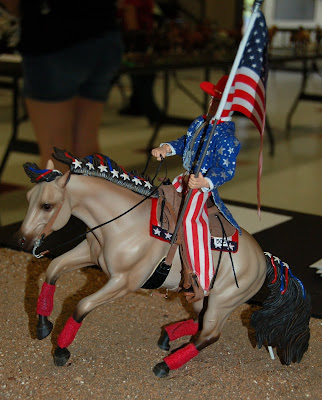 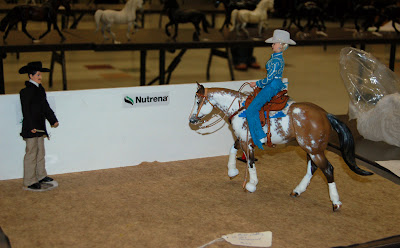 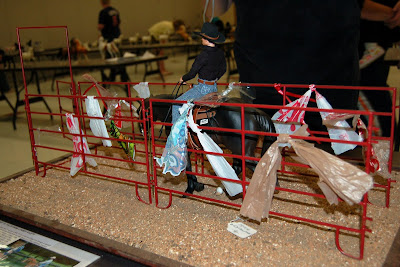 Isn't this cool? The obstacle's name is "Trash Alley." 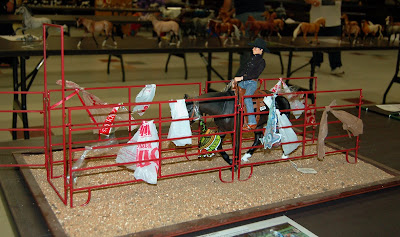 Continuing with the trash theme... This is Teresa Buzzell's Phoenix resin wearing a beautiful handcarved Western pleasure tack set made by Erin Corbett (and owned by me!). 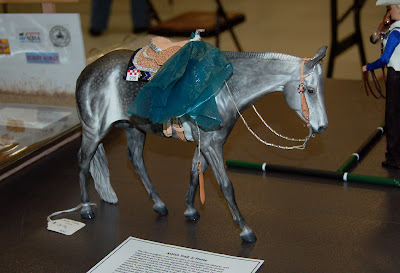 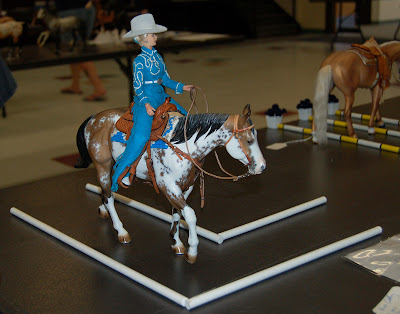 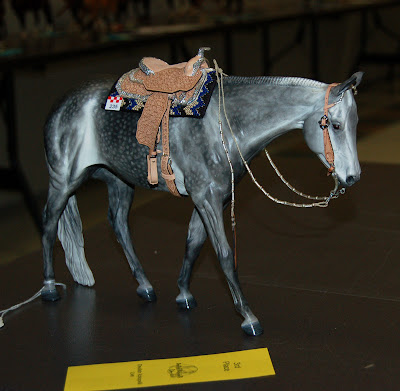 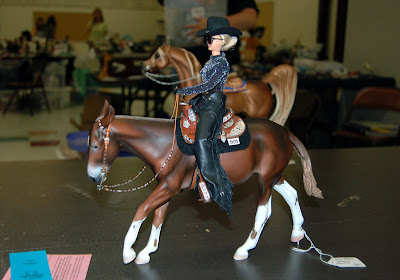 My future's so bright... 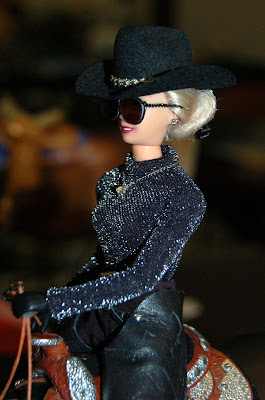 Last but certainly not least was the Other Western class. Even judged against her own high standards, Lu's entry was exceptional. 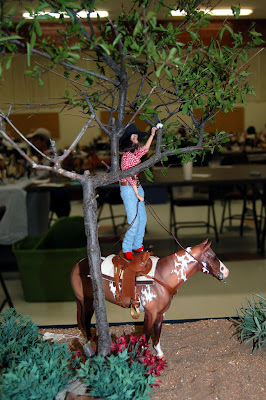 The documentation that went with it. 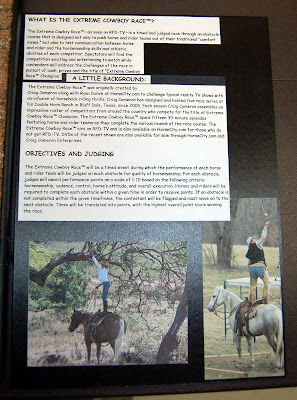 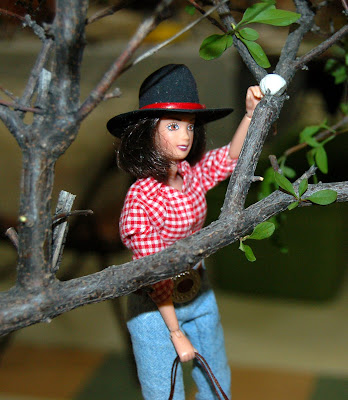 and the saddle. Amazing! 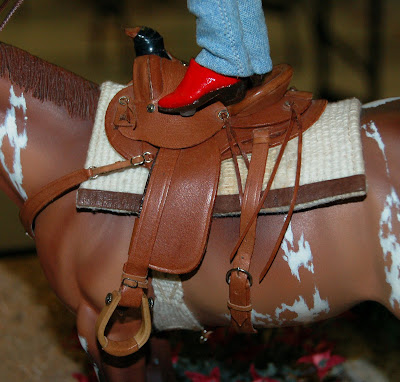 I forgot to take pictures of the Champion call backs and awards, but if memory serves correctly, Annette's Lone Star was both Champion Western and Reserve Overall Champion Performance. Lu's Indian costume horse, El Nino, was the Overall Reserve Performance Champion. Both awards were well deserved. None of the performance classes were big but they were all tough. Congratulations to all the winners and thanks to Christie Partee for her great judging!
Posted by Braymere at 10:54 AM