Of course Balthazar wasn't the only critter showing in the performance division at the Devilish Kokopelli Live show this year. As is typical of Colorado shows, the performance classes tended to be short on numbers but long on quality. Here are a selection of photos from the Other Performance Division.

The Harness class was first. This lovely entry is owned by Val McEntee. 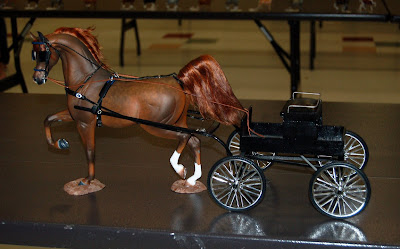 Next up was Arabian costume. This is Marilyn Jensen's entry. 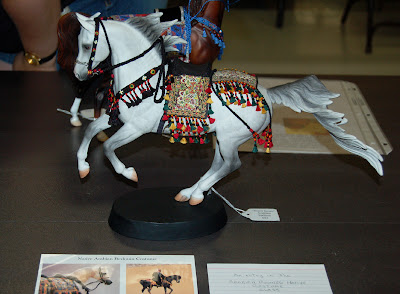 And then there was the Native American Costume class... Oh, this was a tough one! Perfectly respectable costumes such as this one... 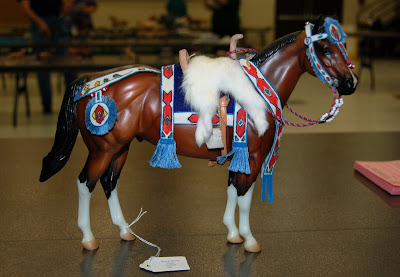 and this one went almost unnoticed. 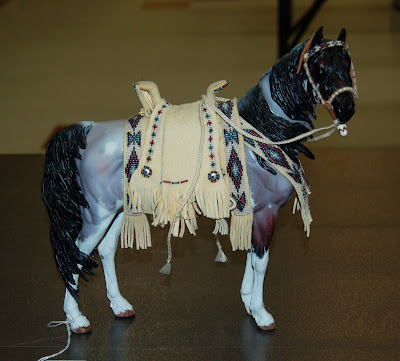 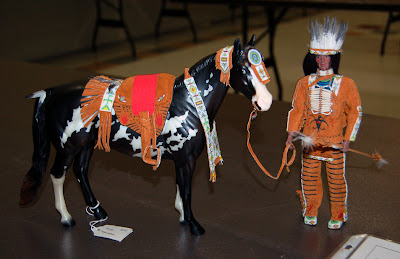 That's because Native American costume maker extraordinaire Lu Heater was in the house. Just look at this: 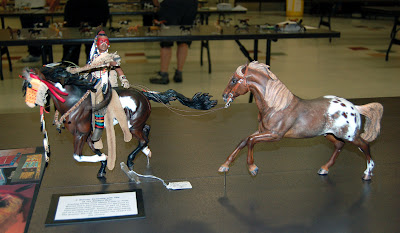 I love the mask on the ridden horse. 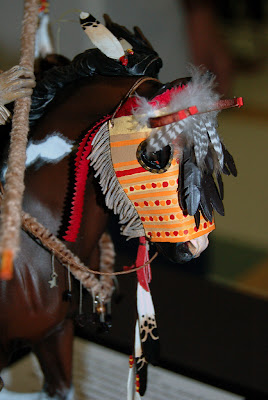 The prop horse's bridle is pretty spiffy, too. 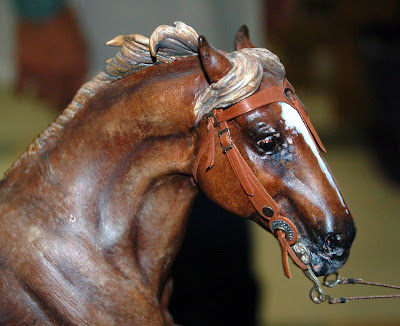 Just about the only person who can beat Lu is Lu herself. Here's her other--and winning--entry. 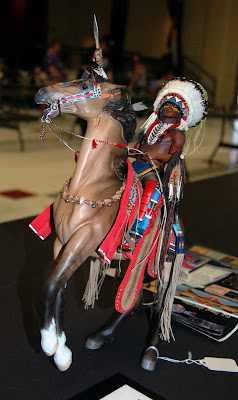 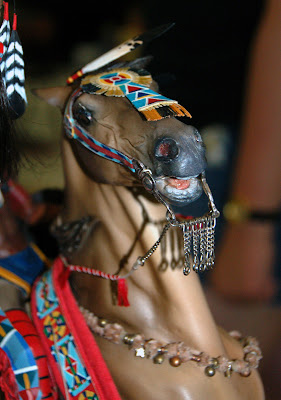 Probably we all could have just stood around and ogled Lu's costumes all day, but eventually the show had to go on. The next class was Other Costume/Parade, and that was won by Regan O'Keefe's Troveo wearing a BCS Portuguese tack set. 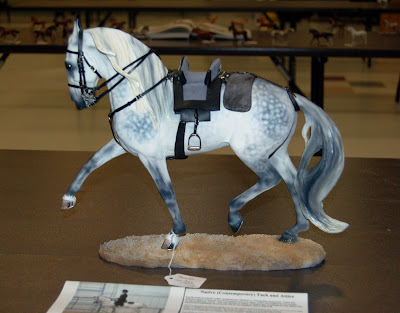 Sherre's parade entry. I don't think Esprit is well suited for performance, but this worked out nicely. 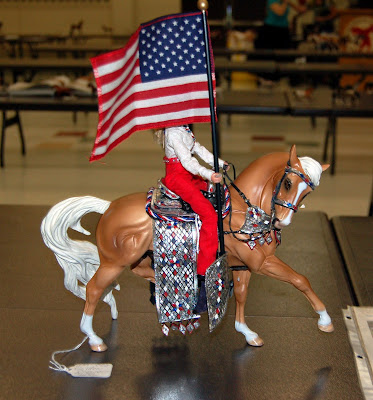 Regan's custom Smarty was second in the Other Performance class. He is wearing a BCS racing tack set. 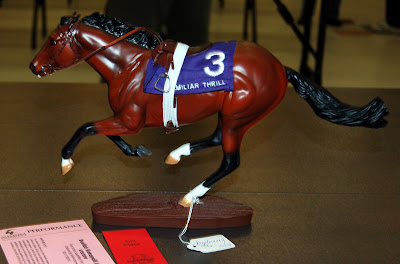 The last class in the division was the Scene class. There were only four entries but they were all very well done (even if mine was dusty!). This is Nancy Dement's model shown with a Pebbles scale Yellowstone diorama made by JerryLynn Rice. 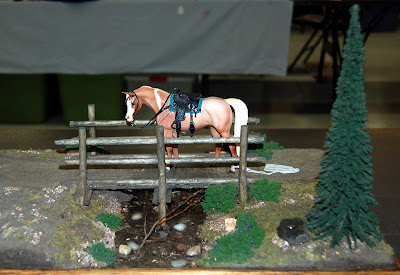 This Lone Star belongs to Annette Dean of California. 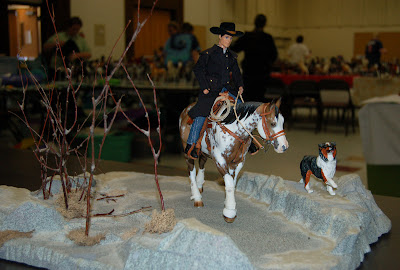 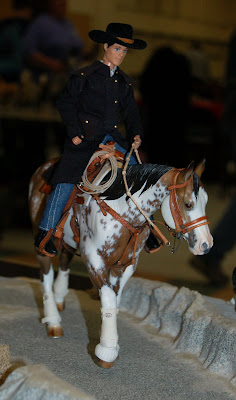 As nice as these entries were, the clear winner was once again Lu Heater's El Nino shown in his Native American costume with a prop horse, dog and tee pee. The details that Lu puts into her set-ups are just amazing. 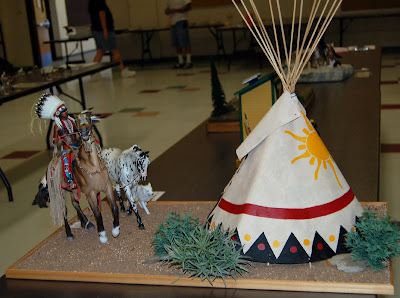 Colorado people, please feel free to information and let me know if I've made any mistakes/misspellings. I'm usually pretty good at these things, but I took a ton of pictures and sooner or later I'm bound to identify something incorrectly!
Posted by Braymere at 5:12 PM