Continuing on the anniversary of The Jennifer Show, and reminiscing about the "before times" when several people could pile into a car and all breathe on each other without possibly hospitalizing your bestie, here's Part Two of the 2019 Jennifer Show Road Trip: 'Zonie Edition.

We settled into the hotel and had dinner at a local place within walking distance. Our hotel was great that way, with restaurants an easy walk away. (Ahh, remember restaurants? Arizona has had them open since May, but I haven't been since March due to an abundance of caution.)

We had safely delivered the Goat Skeleton to Laura Skillern, and the next two days were spent in the show hall. There's not much to say there! Just beautiful horses all around. Most of the this post is simply "eye candy" from the show:
My stuff didn't exactly sweep the show, and I'm sad to say that I did not win a mini Anise prize model. Here's pics of some horses that I painted that were at the show: 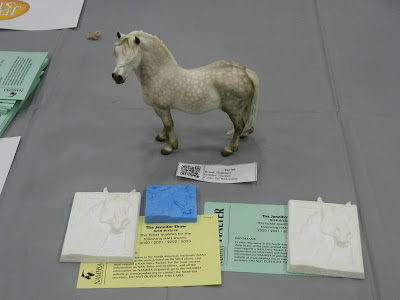 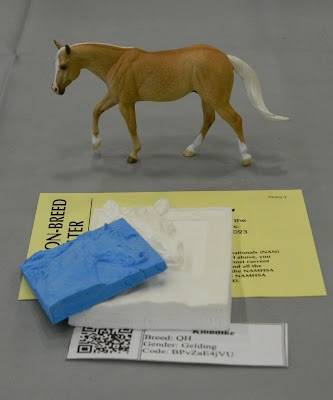 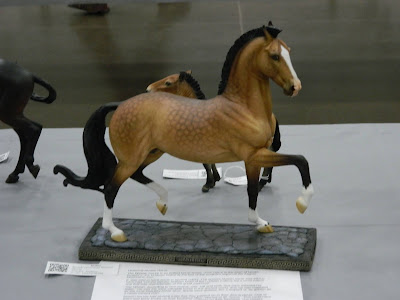 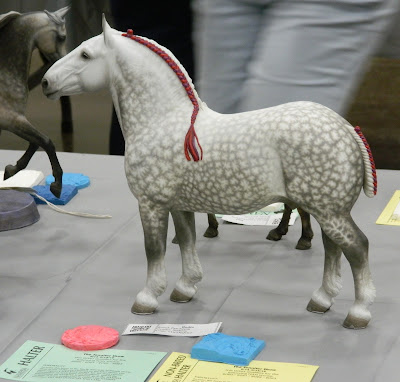 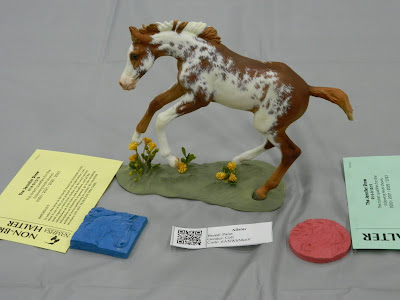 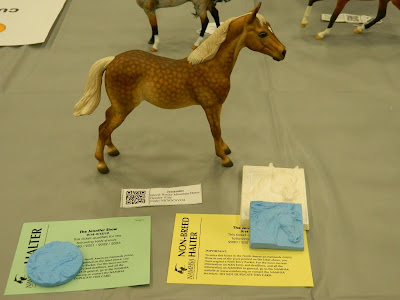 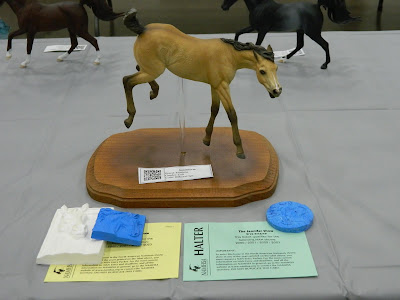 Some of my friends did pretty well, too! Lauren Hoeffer made sure the Longears class was well represented. I did bring my own contribution - I managed to paint one "Rimrock" resin in black bay to show him off. 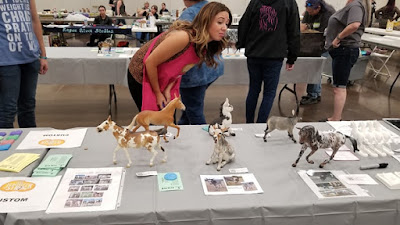 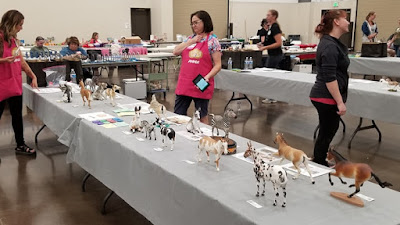 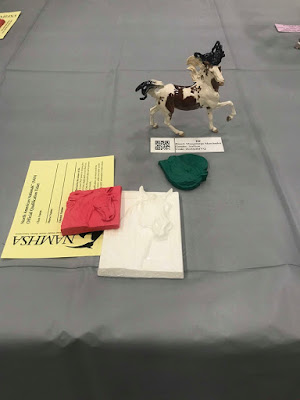 However, to my utter surprise, the "Zephyr" medallion that I painted on a lark was the best performing model that I brought! He did extremely well in the Medallion Mayhem show!  So did my own Mustang medallion, "Rogue." The Zephyr medallion went on to do great in the Thornrose class, and so did my Tasheki medallion, too! I didn't consider myself a "medallion painter" at all, so this was a shock to me. Now I'm all in on medallions, with a huge upcoming order from Studio Thornrose! 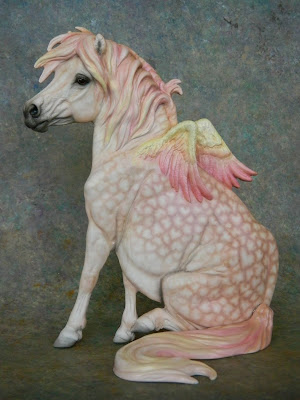 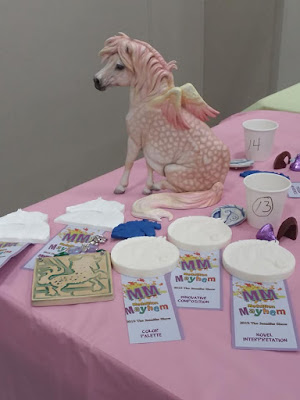 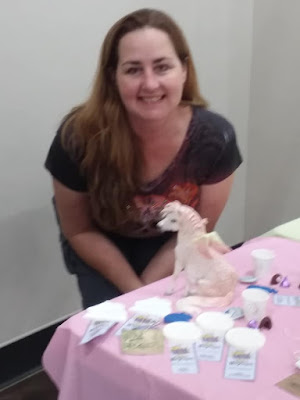 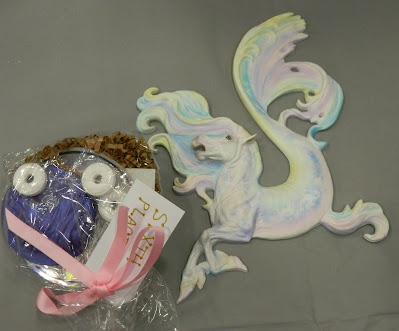 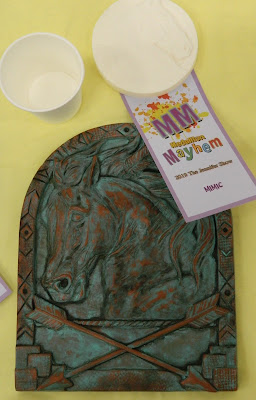 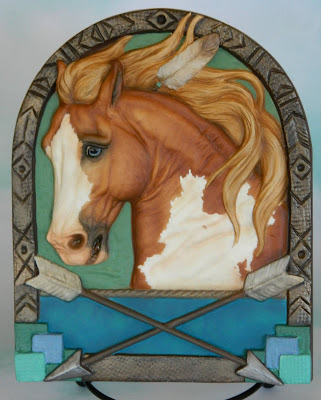 I'm going to leave this post as just "eye candy" pics for everyone to enjoy, and do a third post with the trip home plus "loot pics". I especially liked seeing so much of Carol Williams' amazing paint work up close and in person. Chris Flint (then Chris Cook) introduced me to Carol when I was a kid at my first horse show and they were both extremely kind and helpful to the goofy kid that I was back then. I'm so happy to see both are still doing well, as two of the longest standing and most respected members of the hobby. 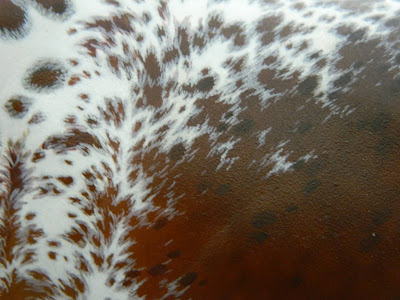 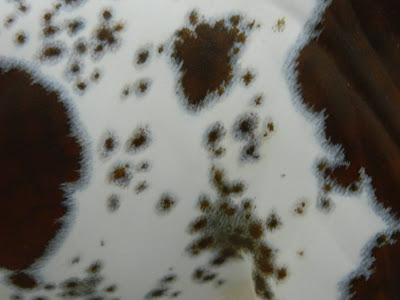 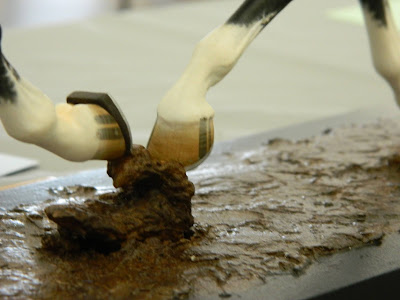 And, while I didn't win any Mini Anise resin prizes, I didn't exactly leave empty handed! 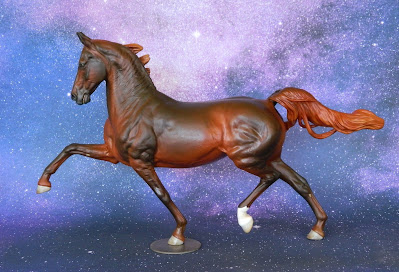 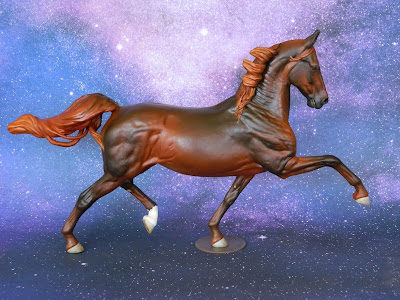