Today's Throwback Thursday entry is actually a series of guest posts from artist, Sommer Prosser. In it, she takes us back to the best of the Before Times. Here is part one of her Jennifer Show story.

It's been a crazy year, hasn't it?

I was going to post about The Jennifer Show last year, but time got away from me. Eventually, it got awkward to post about a September show in December, which was how long it took me to finally get these posts mostly done. I thought maybe I'd revisit it next year? Maybe publish this for the one year anniversary instead . . . .

Did any of us have any idea what the next year would bring? Thanks, 2020.

Facebook started dropping TJS reminders a few days ago. "Hey loser, remember what having fun was like?" So, I thought - since none of us have probably traveled much since - why not go ahead and post about this adventure now? That way we could recall the "before times." You know, back when we could still do things.

I had panned to attend the first TJS show, held in September, 2016. I had an entire road trip planned around it. First, Durango, then Denver, then Santa Fe and back to Phoenix again: 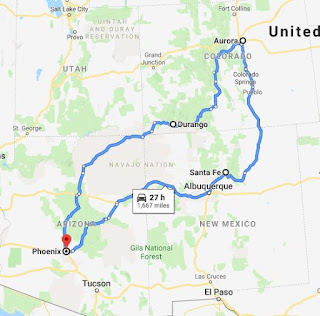 These 2016 travel plans were derailed by an unexpected reboot. "Spirit" the Stallion of the Cimarron was revived by Dreamworks and Netflix, to a new friendlier version with a focus on Spirit's kid companions. I spent most of that summer doing tons of sketches of  new Spirit, followed by a large Classic scale sculpture of "Boomerang".  I was then tasked with the final painting and hairing of nine prototypes for the Breyer catalog and an upcoming toy show. It was a good bit of commercial work, and a lot of fun to work on, but it was under tight deadlines.
So instead of attending in person, I sent a box of stablemate size resins to proxy show in 2016, but I was disappointed that I never got to complete this road trip. I wasn't going to let 2019 pass me by. And let 2020 be a lesson to you: NEVER PUT OFF GOING ON A TRIP  with friends, because you never know what the future may hold.
For 2019's show, I managed to wrangle up a crew of 'Zonies that were willing to come along, which included Lauren Hoeffer, Koreena Leamons, Maggie Barkovitz, and me. We left on a Thursday morning for the eight hour drive to Durango, Colorado. It was shocking how much we all packed, including a Halloween plastic goat skeleton for Laura Skillern. 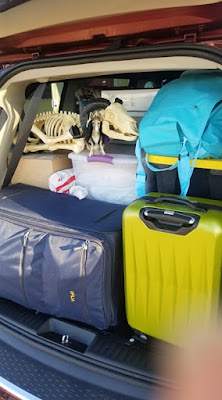 We left Phoenix after one of the hottest August months on record. Temps were consistently at 108 to 110+ for almost the entire month here in Phoenix. Everyone was fed up with the inhumane weather, and eager to head to Colorado.
Our drive took us through the Four Corners area. It's very remote. Most of it is reservation land, with sparse homes, and feral horses roaming free. Technically these are not "mustangs" because they weren't on BLM land, but pretty much the same for all practical purposes. 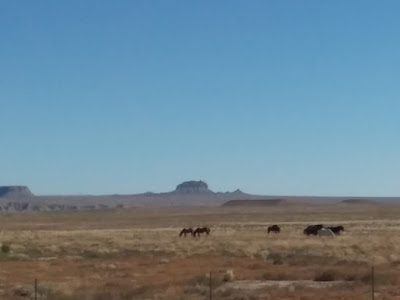 However, there's still one iconic landmark in this remote area. Maggie dragged me to the Four Corners Monument on our way past it, so she could get this pic: 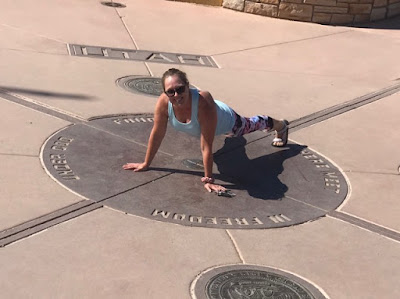 I can't blame Maggie too much for dallying, because I also got distracted at a WalMart in Cortez, CO. 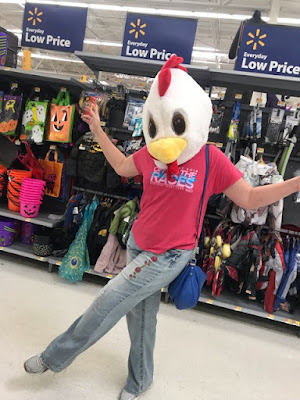 We started to see more trees as we left Arizona and entered Colorado. 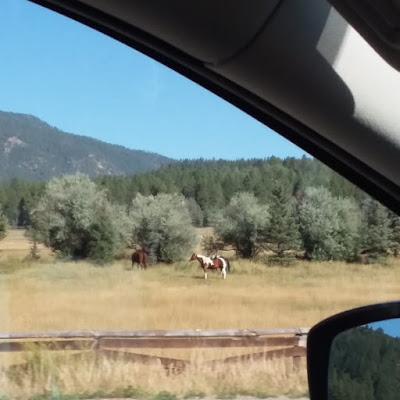 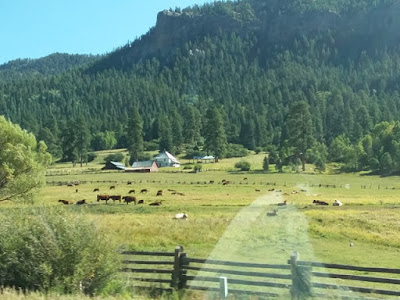 Eventually, we did make our way to Durango, Colorado. Durango is a picturesque little town located by the Animas River. It's a nice stopping point if you are driving to Denver from Phoenix. Driving straight through in one day is theoretically possible - it's about thirteen hours to Denver with no stops - but it's not fun. Breaking it up into two days makes it much more relaxed.
We rolled into town before sunset. Our hotel was great, the cheapest one downtown but super clean with big rooms and it backed right up to a riverwalk and was walking distance to all the shops and restaurants downtown.
We met up with a local at one of the cute eateries there. Someone you may have heard of, if you collect model horses. Sarah Rose! She and her hubby Todd met us for dinner and it couldn't have been more perfect. I met Sarah years ago, while doing a two week house-sitting gig in the area, that was totally unrelated to the hobby. She and her husband are both a couple of the nicest people you could ever meet. It was so awesome to see them again. A little outdoor patio, cool weather, good company, what a lovely time. 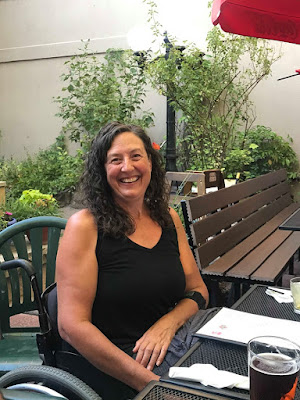 Across the street is a homemade ice cream place, so we all decided to indulge. As we stepped out into the now-dark street, we heard a rattle and clopping noise. Before any of us could react or pull out our phones, a stagecoach rolled past us pulled by two horses.
Between the stagecoach and the train whistle, this town really has captured the "old west" feel.
The next morning, the sun came out and it was blessedly cool - a welcome change from the recent Phoenix overnight lows of 90 degrees. Maggie plays "Pokemon Go" and the riverwalk behind the hotel was laden with digital critters. I was happy to be able to just walk around without sweating. 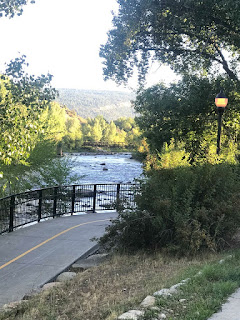 Everyone agreed that the only bad thing about our stop in Durango is that it wasn't nearly long enough! I think this is a spot that will deserve a dedicated trip all its own in the future.
After we left Durango, the scenery got very pretty for a while, but then around the time our two vehicles got separated, it became very boring. Kory and Lauren ended up going a route that was technically longer, but with better roads. Maggie and I ended up in absolute desolation.
There's not much to report from here on out. Maggie and I saw abandoned houses and lots and lots and lots of big empty fields. And in a blip of a town towards the end of our drive, a Chinese place that looked completely and utterly abandoned, but inexplicably also advertised ice cream. Easy pass for both of us. We were famished, having not seen any restaurants for about four hours, but ate at the Subway inside a gas station next door.
Meanwhile, on their parallel journey, on a different freeway, Kory and Lauren saw a giant chicken being towed down the road. 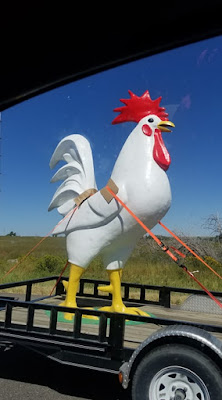 Everyone eventually made it to the hotel, and we had enough time for a nice dinner before settling in for the night. Two days into our journey and ready for a weekend of model horse festivities!
Posted by Braymere at 8:43 AM