Without a doubt, English is my strongest performance division.  If I was to have any chance of winning the Overall Performance Championship at the High Plains Live Model Horse Show, it would rest mainly on the strength of my English entries.

Unfortunately, the division got off to a less than successful start in the Cross Country class.  Emma looked stylish as always, but it's hard to compete against the over the top awesomeness of not one... 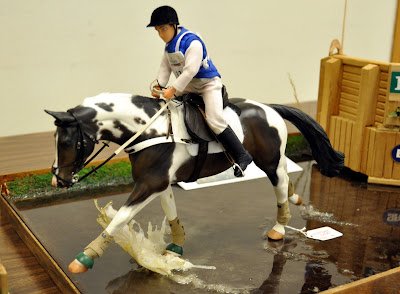 but two water jump dioramas by Sandy Lyles.  Poor Emma had to settle for third. 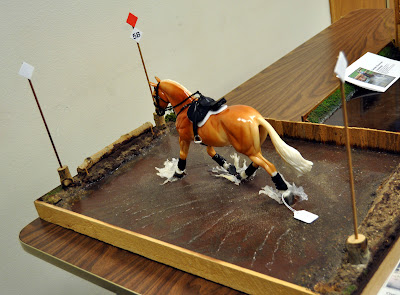 On to the jumpers! 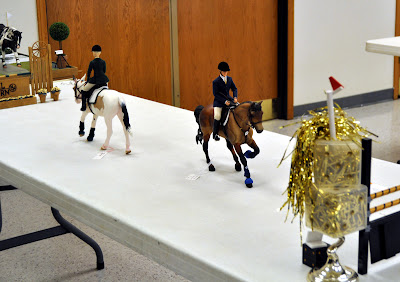 Emma did a little better here... 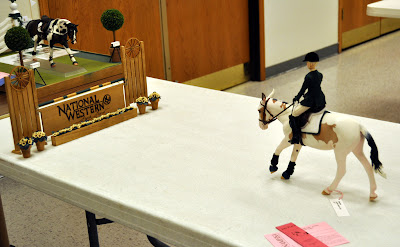 but once again it was Sandy's Lonesome Dove who claimed the blue. 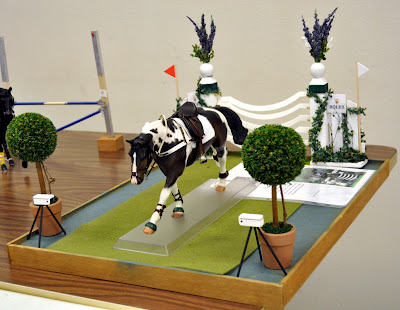 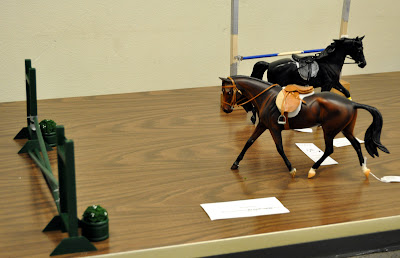 This time Emma was victorious.  Yay! 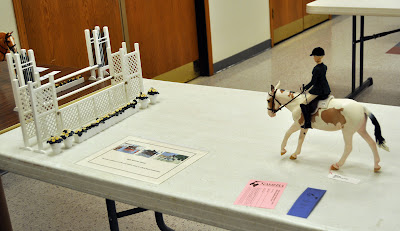 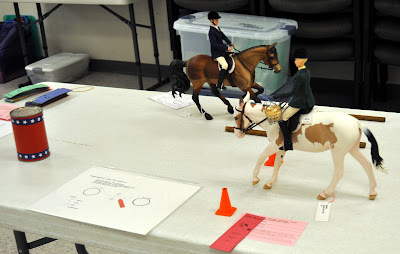 but she did place in front of Lonesome Dove.  Our hopes were still alive! 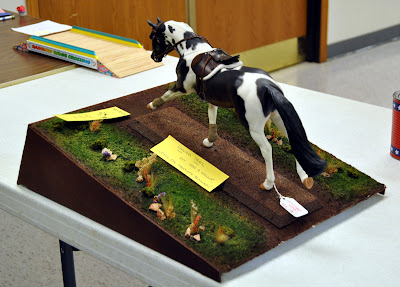 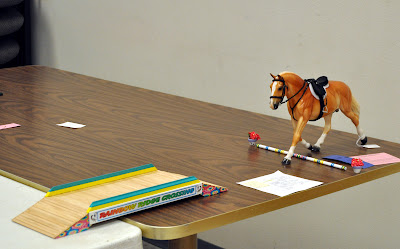 Emma and Lonesome Dove were first and second in the English Pleasure class...  Or perhaps I should say second and first.  Sandy and her darn Paint horse was proving to be just a little too tough for Emma and I! 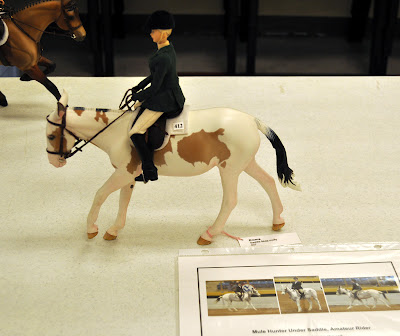 The division wrapped with Other English.  Karen's big boy was third, 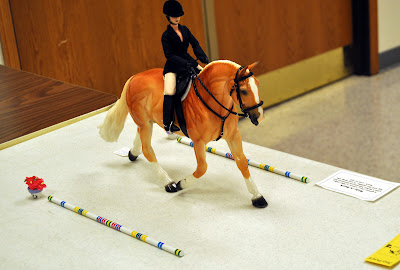 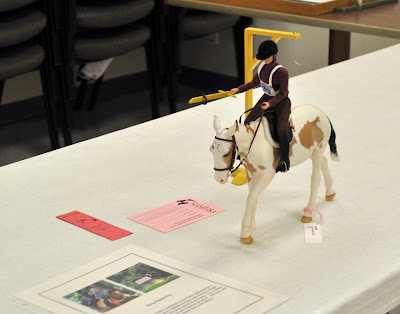 and Lonesome Dove was the winner. 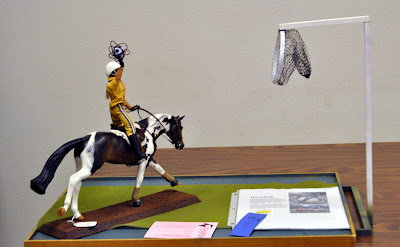 That's pretty much the story of this division.  Lonesome Dove was the Champion and Emma was Reserve. 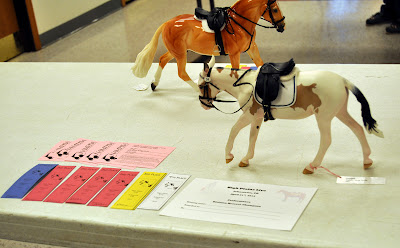 With only the Western division left to go, my chances of winning the Brio Sambra resin suddenly seemed very remote.
Posted by Braymere at 10:53 AM