Does anyone remember the Big N Little Draft and Pony Club?  Although I wasn't a member, I always enjoyed seeing that name on the Club List in 1980's era Just About Horses magazines.  Without a doubt, it the best and most interesting name on the list!
It would also be a good name for this particular post, since these pictures were taken during the resin Draft and Pony divisions at last Saturday's Colorado Kick-off Show. 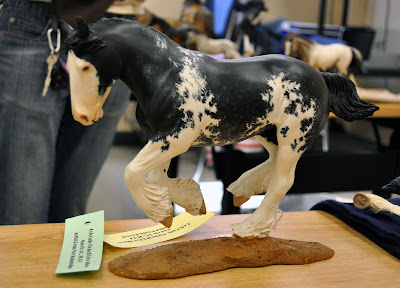 Both of the models in the first two pictures belong to Sherre Tuley.  The black sabino is a Rolling Thunder resin by Michelle DeSpiegelaere, and the frolicking tobiano is a Sue Kern Horatio. 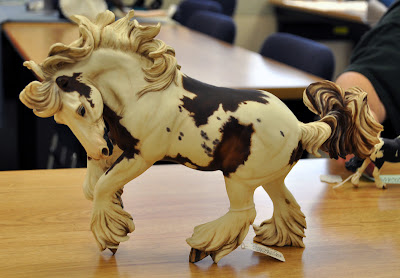 It's fair to say that Draft horses are not the main focus of my collection, so I was happily surprised when BFF... 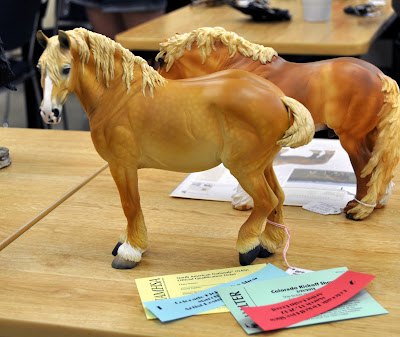 and Dhaulagiri won three of the four NAN cards in the European Draft class. 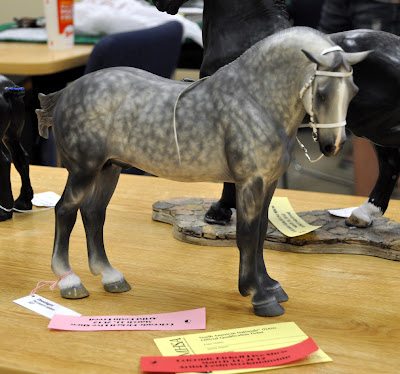 The Braymere winning streak continued into the Other Equines class.  Jennibray won the breed section... 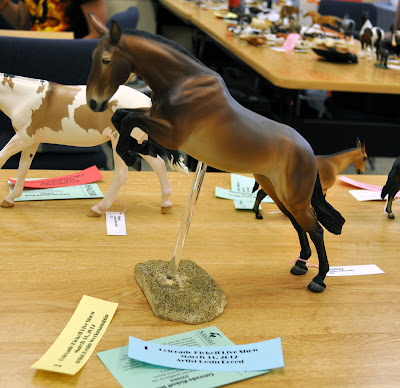 while Emma proved she's more than just a performance mule! 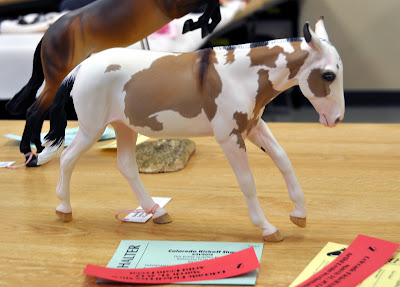 Jenni went on to win the Champion Draft breed title 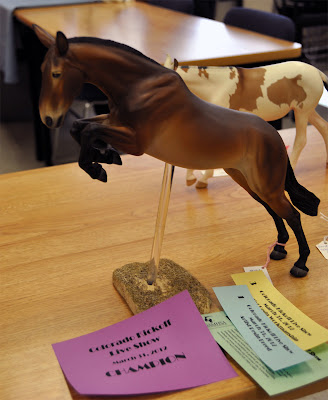 while BFF took home the Champion Craft workmanship honors.  Jennibray is an Eberl Jumping Nancy, and BFF is a Stacey Tumlinson Scarlett.  Both were customized and painted by Tiffany Purdy. 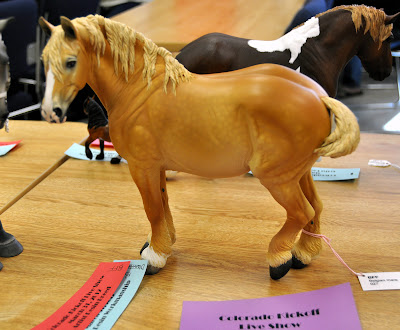 Onto ponies!  The European Pony class was huge, so it was split into Scottish Ponies (Shetland and Highland ponies) and Other European Ponies. 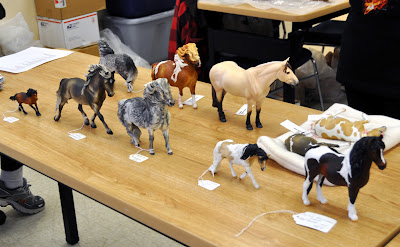 I had four ponies in the Scottish section.  My bow pony Poka Tia did the best, but Mabel... 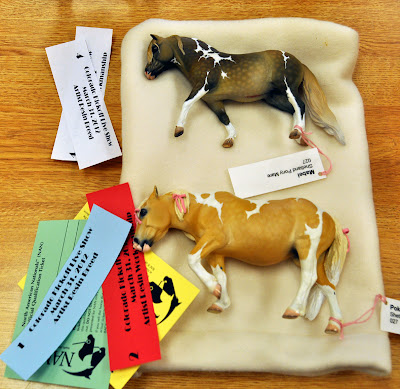 and Dagobert made for some tough competition. 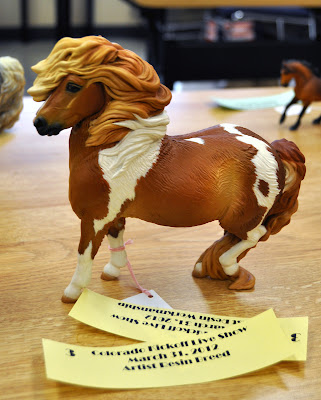 My own Dunkirk Leeds did well in the Other European section... 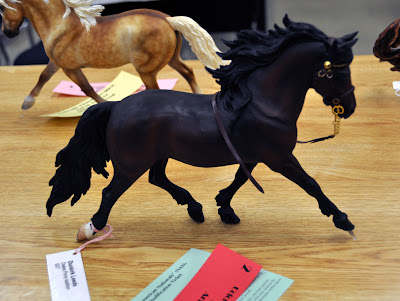 as did Val McEntee's Artorious.  As an aside, I've always admired the paintwork on this resin, but now that I'm riding a sooty palomino Welsh Cob...  Yeah, this one's on my "steal list"! 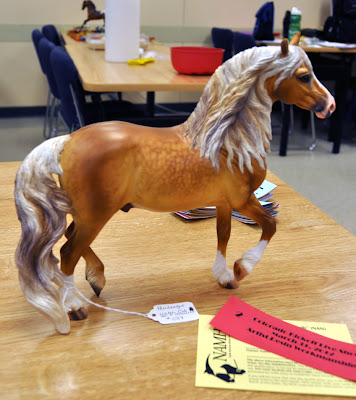 Chipper and Oreo did well in the American Pony class... 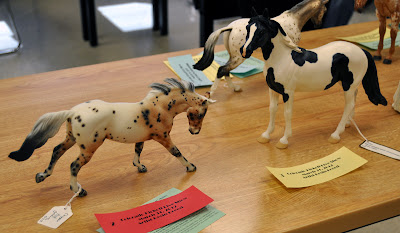 but the real star was Sherre's Graylea Whisper resin.  This pony was sculpted by Karen Grigson and painted by Sheryl Liesure.  If I remember correctly, she was named Champion Pony of both the breed and workmanship sections.  Poka Tia was Reserve Champion Breed. 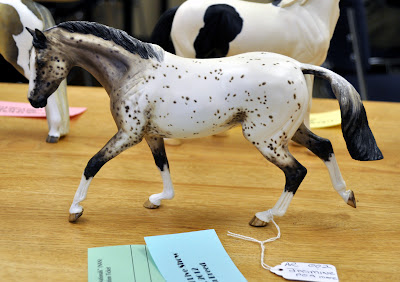 Just one more Colorado Kick-off post left to go, and then it's back to business as usual!
Posted by Braymere at 5:02 PM