The new and improved Gus 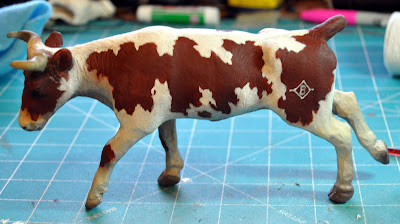 I am pleased to report that he's undergone a lot of changes since his last appearance on this blog.  In addition to the tack friendly ears, his legs have been refined and his foot issues have been addressed.  If you look at the "before" picture, you will see that his hooves varied wildly in both size and shape.  Prop animals aren't held to the same anatomical standards as show models, but those feet really bothered me.  The poor thing looked crippled!

Fortunately, it's not to hard to resize and reshape feet.  A little bit of epoxy and some judicious sanding go a long way.  To check the feet for symmetry, I traced around one foot... 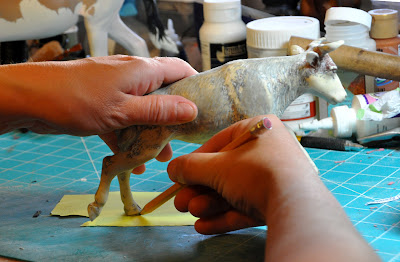 and compared the outline to that of its mate.  In this case, the back right foot was still smaller than its counterpart... 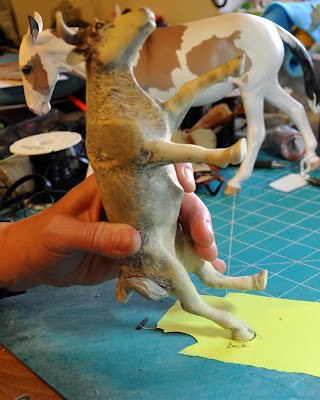 but the front feet were virtually identical.  Huzzah! 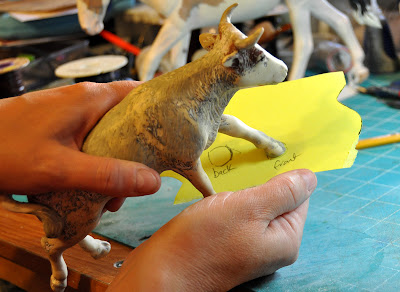 Once the feet were finished, I moved onto prepping... 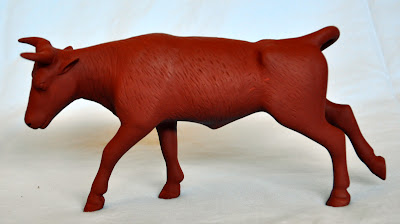 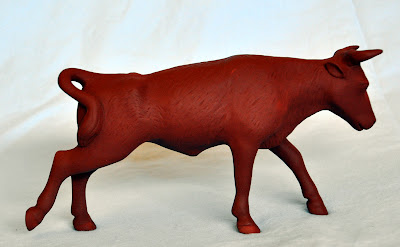 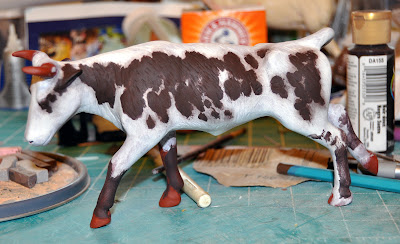 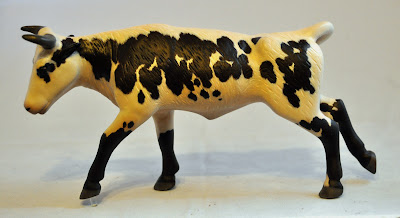 Other side.  I added a short peg to the bottom of his raised front hoof.  This not only helps him stand better but makes him looks faster and less awkward. 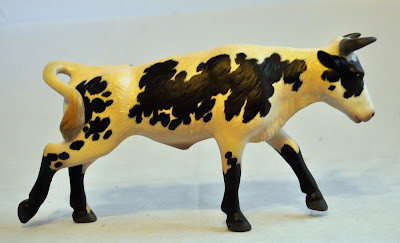 And here's the part of the steer project that I enjoyed the most--cow tack! 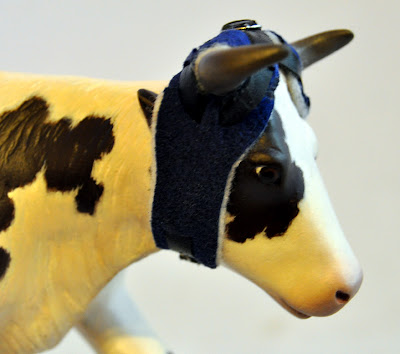 I love the way the new ears fit beneath the horn wrap.  This guy is ready for the roping ring! 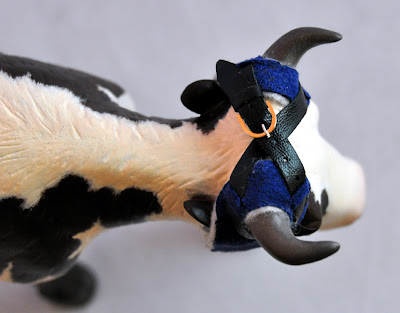 Time well spent?  Probably not, but I have no regrets.  Instead of being an eyesore, this little steer is now something I'm proud to put on the show table.  I might have to rename him, though.  Somehow Gus (Goshdarn Ugly Steer) no longer seems appropriate!
Posted by Braymere at 5:36 PM