The 2012 Colorado live show season got off to a great start yesterday with the appropriately named Colorado Kick-off Show.  This custom and resin halter show was nosted by Regan O'Keefe and held at Front Range Community College in Westminster. 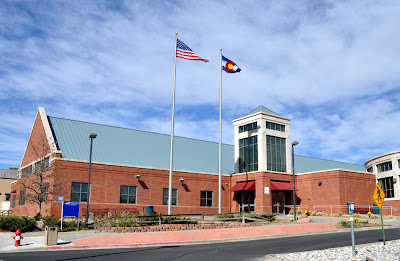 Regan had warned us that parking was free but not convenient.  That turned out to be an understatement.  First there was this long hall. 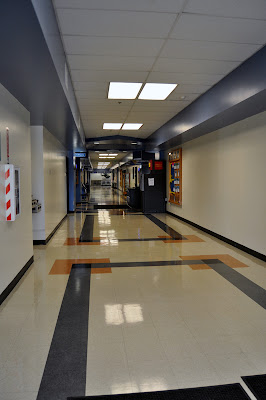 Then there was this even longer hall. 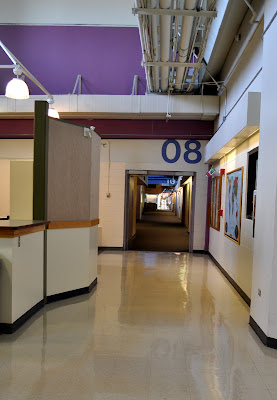 Thankfully, there were a lot of benches where a weary live shower could stop and rest! 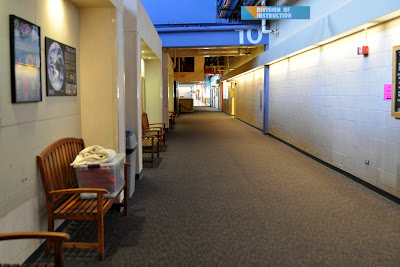 After what seemed like a mile or two, the end was in sight.
Well, almost! 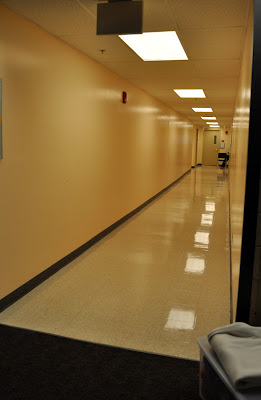 Ha ha!  I guess it wasn't really that bad, but for the first time ever, I found myself wishing I showed minis.  Four big totes of resins are a lot to schlep around!

The room itself was small but very nice with good lighting.  I delivered the Secret Horse to Regan... 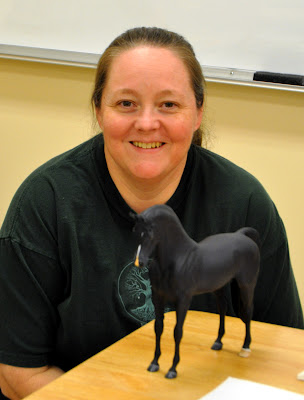 and checked in with all my other friends. 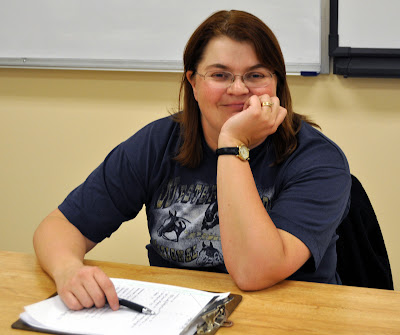 Halfway through unpacking my ponies, I realized I had unintentionally created a Purdy section right in the middle of the table. 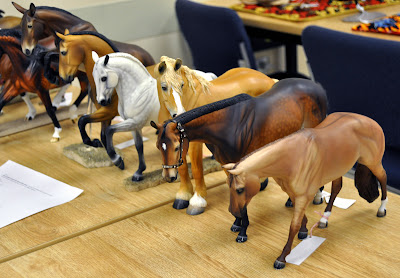 Naturally this inspired me to line them all up together.  Hmm...  Only eleven?  That's not nearly enough! 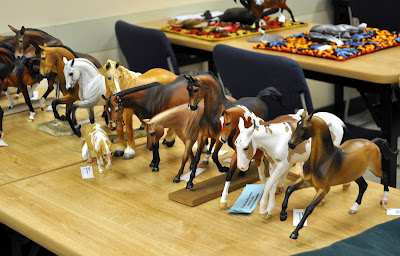 One of the area's newer showers, Bridgett Murphy, had the dubious pleasure of sitting behind me.  I was unable to resist playing with her adorable "bow pony" Snickers.  Her she is hanging out with my bow pony, Poka Tia.  Don't they make a cute pair? 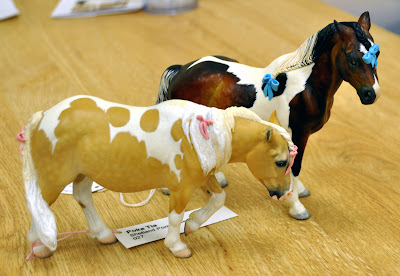 But enough playing around!  By the time the clock struck nine, there were Arabians on both show tables and the (semi) serious part of the day had begun. 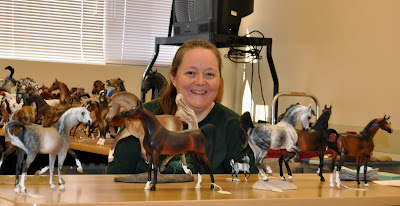 Custom photos next!
Posted by Braymere at 10:56 AM