The resin Stock Horse division at the Colorado Kick-off Show opened with Appaloosas--all five of them.  I think I need to get an Appaloosa! 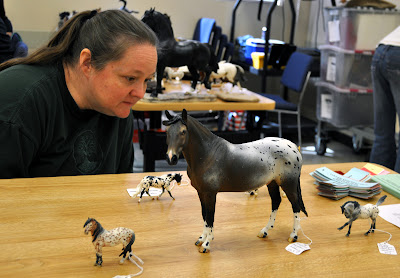 Quarter Horses were next.  This is Esther's Bargain Barn Lone Star painted by Sheila Bishop.  Can you believe she won this beautiful model in a raffle? 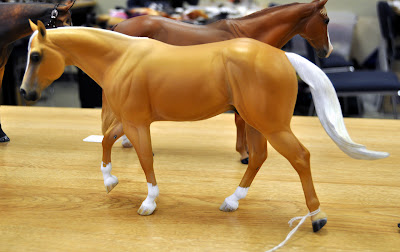 The Quarter Horse class included not one... 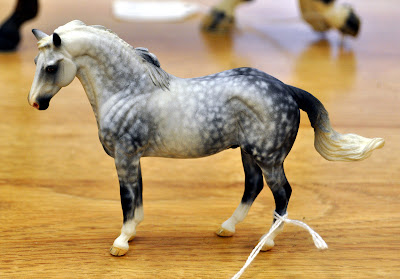 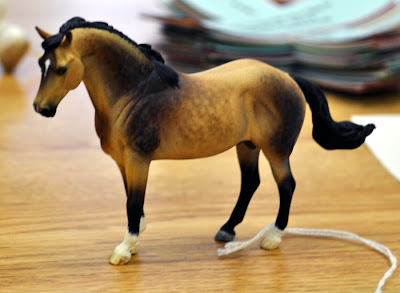 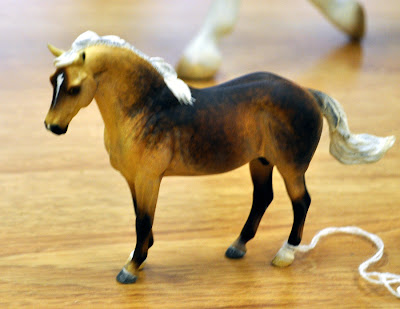 Here are the Braymere entries.  That's Love N Stuff with the red ribbon in the breed section and Zips Cocco Chip with the top prize in the workmanship section.  These models were painted by Susan Hurst and Tiffany Purdy respectively.

This is the workmanship judge, Yashka Hallein, placing the Paint class. 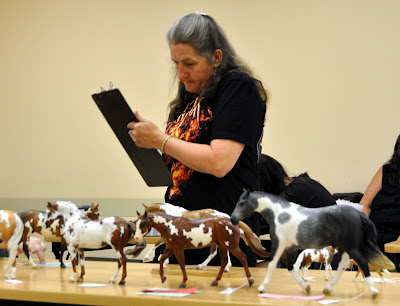 My Lone Star was second in the breed section. 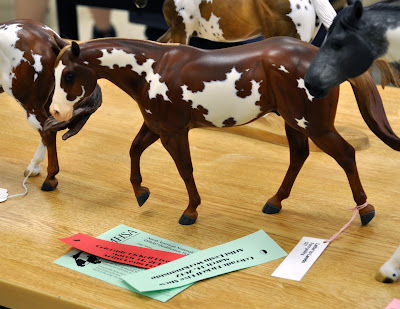 He was beaten by Val's Lone Star.  Again.  I would complain, but honestly, I'd probably place them the same way myself. 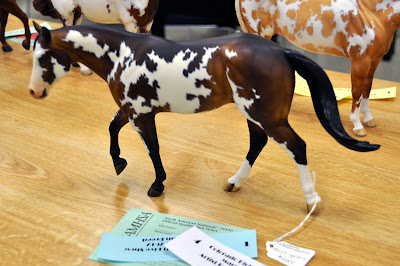 The Paint class workmanship winner was a Rose Reiner. 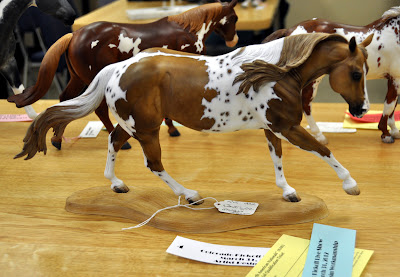 Unlike the Appaloosa class, the Mustang class was huge and tough.   This picture only shows half of the entries. 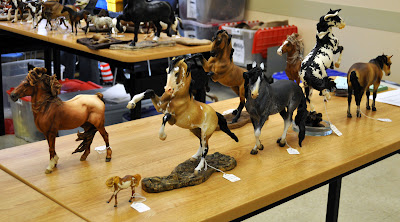 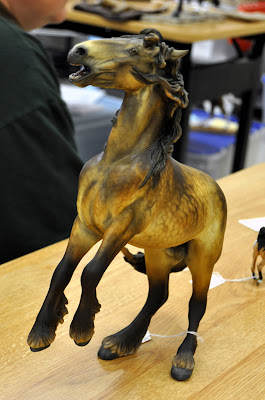 so I was very pleased with Prodigal Daughter's two good ribbons. 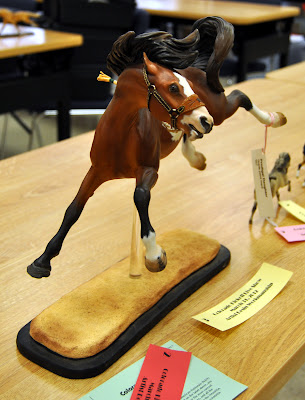 Still, she couldn't touch Teresa Fedak's Tortilla who placed first under both judges. 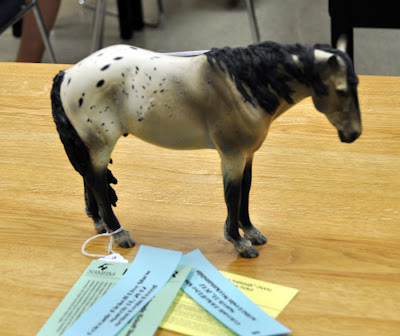 There were lots of lovelies on the Stock Breed Champion call back table, 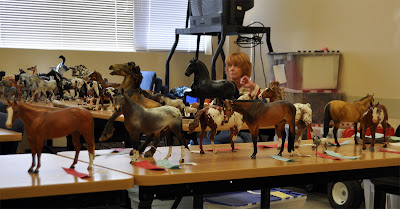 but in the end, the winners were Big John (champion breed), 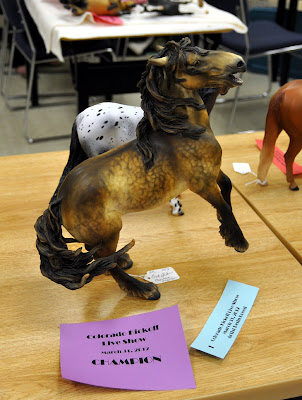 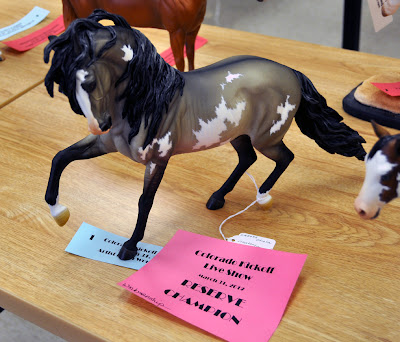 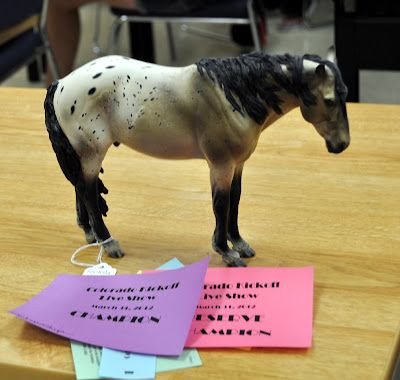 Congrats to the winners.  Sport horses are next!
Posted by Braymere at 6:19 PM