The resin division of last Saturday's Colorado Kick-off Show opened with a big class of twenty two Arabians.  I had three horses on the table, but only Rune found his way into the NAN cards. 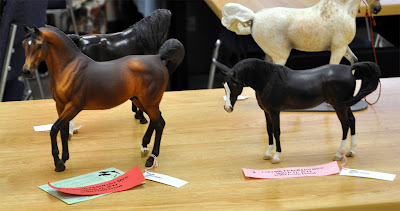 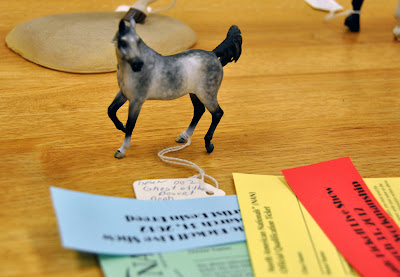 Here's the Arabian that took the top workmanship honors.  This lovely boy is a Karen Gerhardt Optime resin owned by Teresa Fedak. 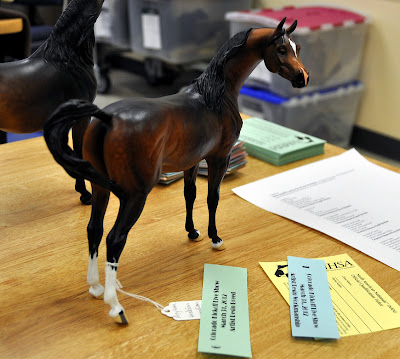 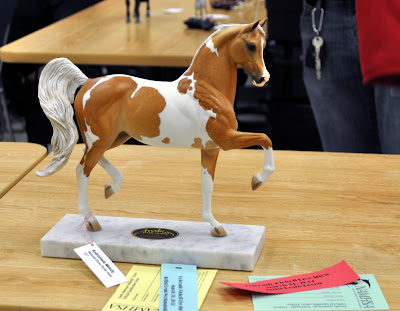 The breed section of the Morgan class was won by my own UVM Right Royal.  He's the pretty bay UVM Yesteryear on the left. 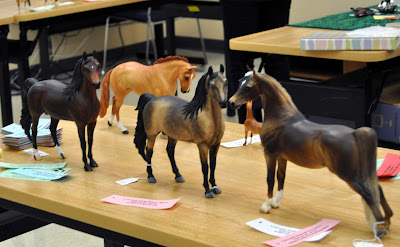 And then there was the Spanish class...  That one was won by a horse whose name is NOT Fred! 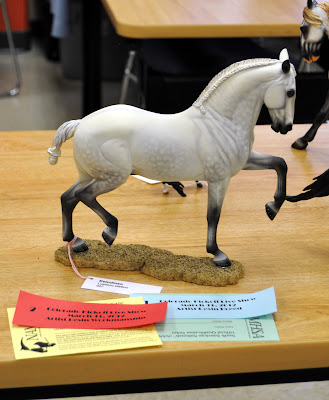 My pretty black Dozen Roses by Melissa Mistretta placed second under both judges in the American Gaited class. 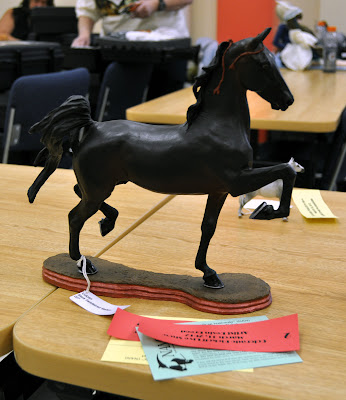 He was beaten by this really fancy Sarah Rose Mindy resin painted by Sheila Bishop. 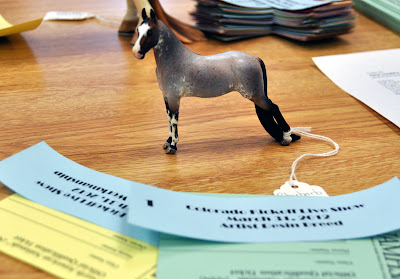 There was only one entry in the Non-American Gaited class and it was accompanied by some nifty electronic documentation. 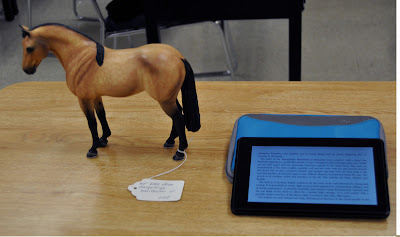 Some of the entries in the Other/Mixed Light Breed class included this Santa Fe Renegade resin... 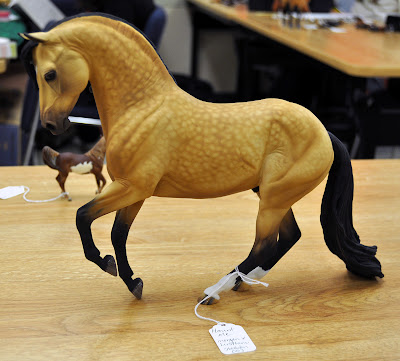 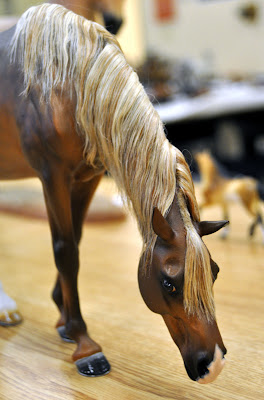 Here's one end of the Resin Light Breed call back table... 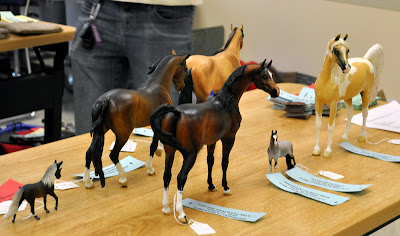 and here's a shot of the Braymere section!

The Light Breed workmanship title went to the Mindy... 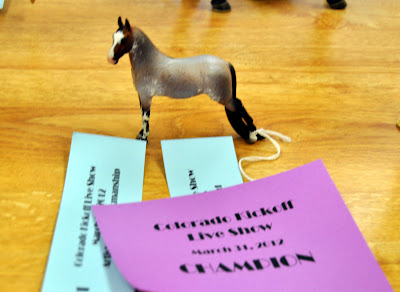 with Optime in reserve. 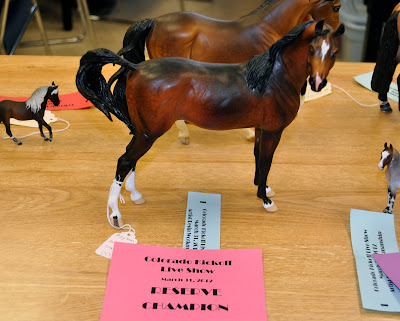 The Light Breed Breed Championship certificated was awarded to that horse with the disputed name... 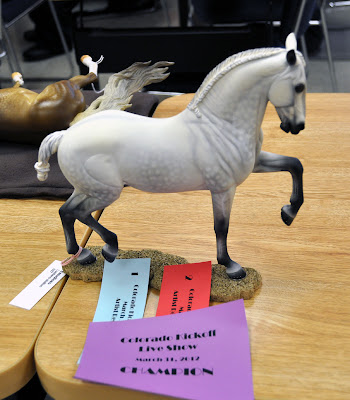 with the mini Nahar in reserve. 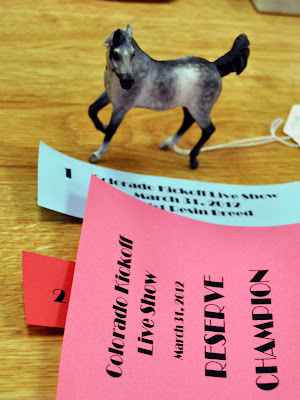 Stock horses and sport horses are next!
Posted by Braymere at 2:46 PM