Winning isn't everything, but it's a whole lot more fun than losing.
This explains why the Resin Foal Division was arguably the most fun part of my day at the Colorado Kick-off Show.  My brand new Pixie resin, Squee!, started things off with a double win in the Light Breed Foal class. 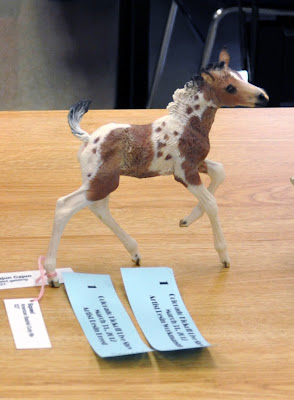 Stock Foals were next.  The solid colored babies showed on one end of the table... 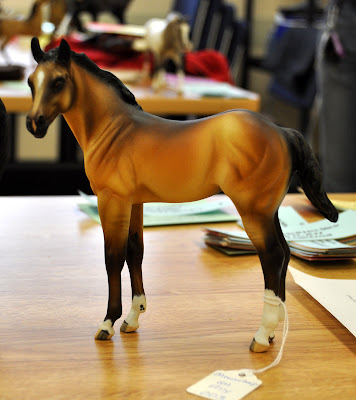 while their spotted counterparts took up residence on the other. 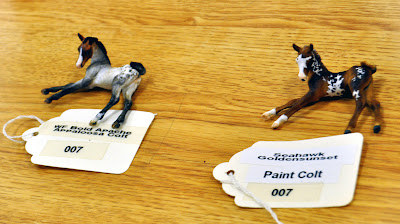 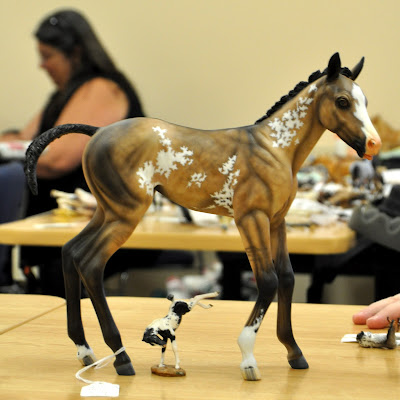 My newly renovated Okie Rio, Rajun Cajun, was another double winner.  This cute baby was sculpted by Carol Williams, painted by Chris Nandell Flint and restored by Jennifer Scott. 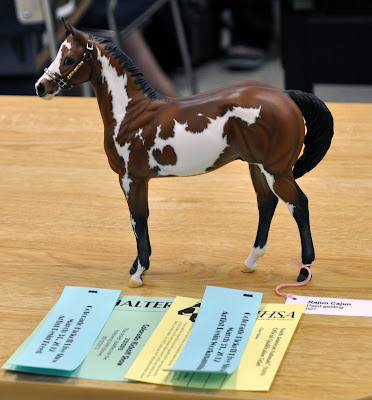 The Sport Foal class was big and deep. 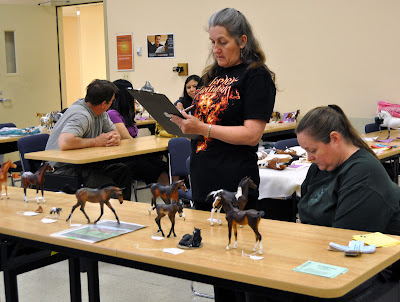 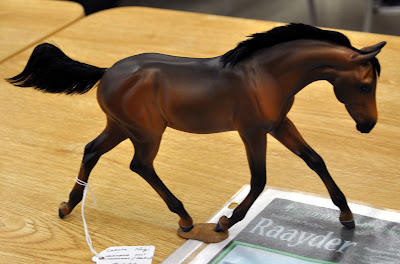 but my babies did just fine, placing second and third (Wonderscope) and first and second (Rave Review). 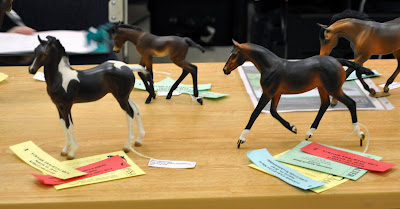 Onto to Drafts and Longears! 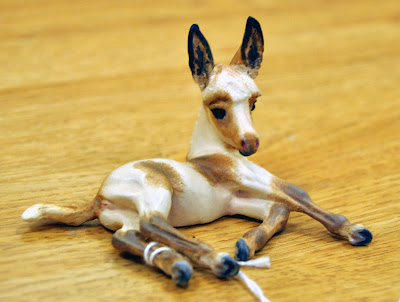 Gimme S'more kept the Braymere winning streak alive with another first and second. 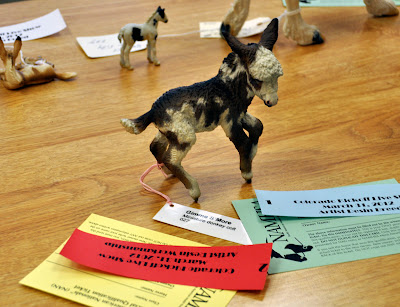 One side of the Foal callback table. 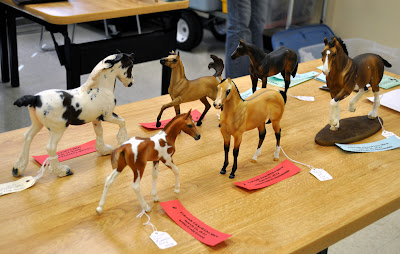 My side of the Foal callback table! 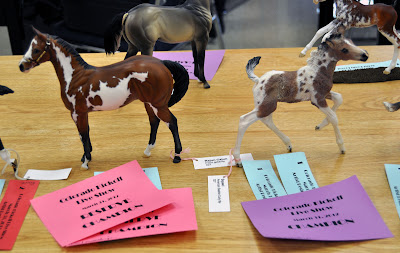 Once the foals were cleared from the table, it was time for the Overall Championship callbacks.

I had a lot of horses on the table... 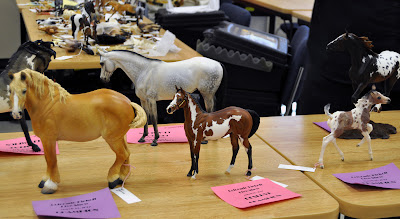 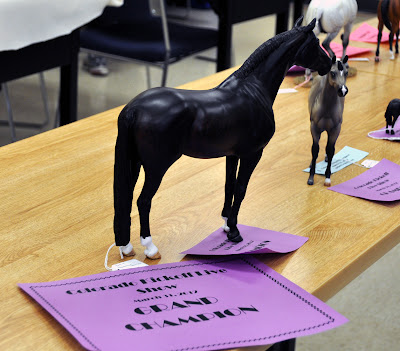 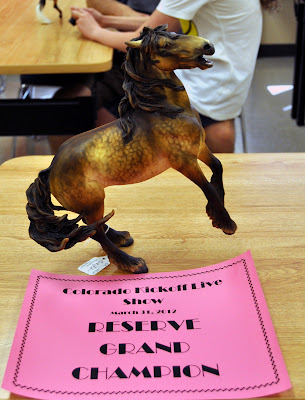 Teresa Fedak's Tortilla was the Overall Grand Champion in the Workmanship division.  Tortilla is a Jennifer Scott Sencillo resin painted by Sheila Bishop. 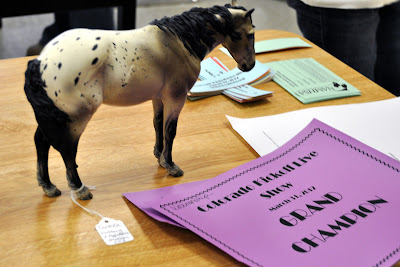 And Squeeeeee!   Reserve Grand Champion in the Workmanship division was my own Squee! 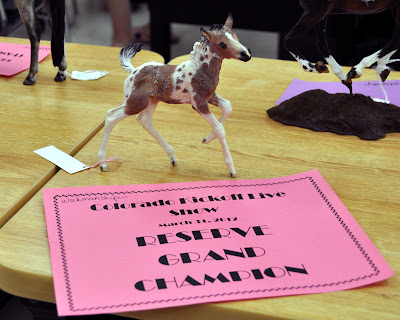 Many thanks to Danielle Feldman for bringing Squee! to life.  Thanks also to Regan O'Keefe for holding the Colorado Kick-off Show and to Teresa, Yashka and Regan for judging!
Posted by Braymere at 4:45 PM