Last Saturday's High Plains Live was Sheila Bishop's first experience as a live show host, and boy, was it an impressive debut!

Perhaps the most notable feature of the show was the prizes.  Champions received a traditional scale Brio Sambra or Charity resin, while Reserve Champions were awarded a Chevy medallion.  Additionally, the top horses in each division won either a blanket of flowers or neck sash.  These items were donated by Nebraska's Chris Allen. 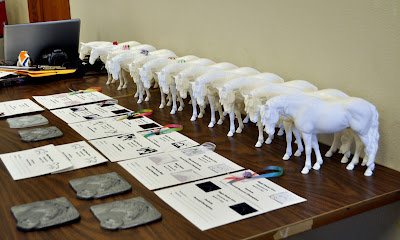 Since not everyone can win an award, there was also a mighty fine raffle.  Offerings included  a pancake griddle, painted and unpainted medallions... 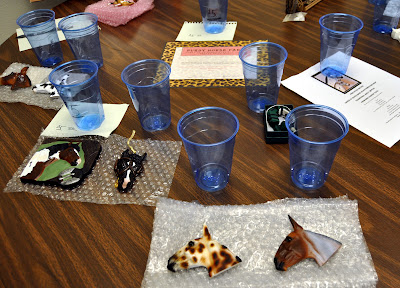 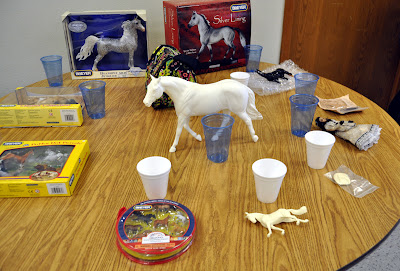 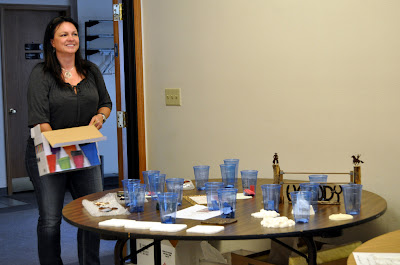 Tiffany won the Brio Sombra!  Technically, I won the doll but I let Tiffany take it home with her.  After all, it's a driving doll and everyone knows I don't show in harness. 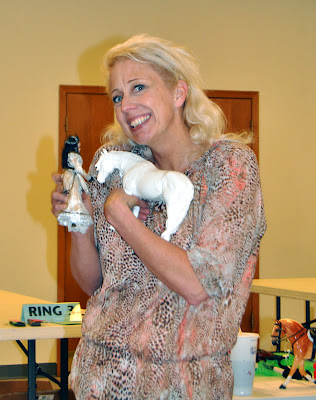 Although there were no Original Finish Plastic classes, this was a big show by Colorado standards with six separate divisions.  The five person judging staff included Karen Gerhardt (Custom Halter), Barb Spohr (OF and Custom Glazed China), Molly Pengra (Performance), 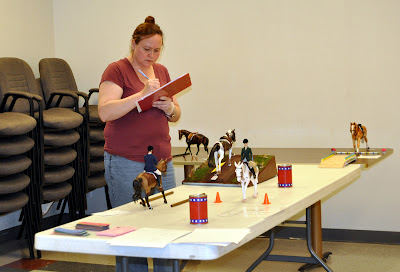 Jennifer Scott (Mini Resin Halter) and Jane Schneider (Artist Resin).
Tiffany and I each had a table but rather than going with a "yours and mine" arrangement we used one table to store the halter horses... 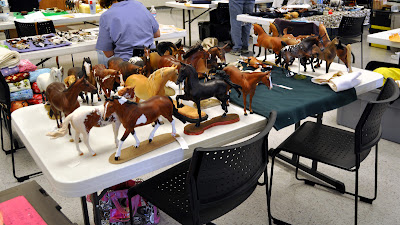 and the other for tacking and talking. 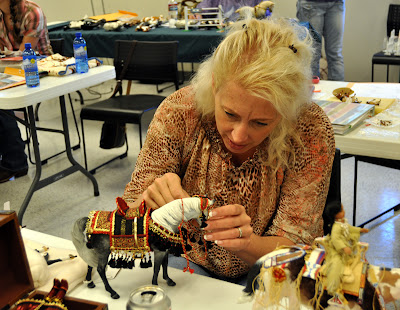 Actually, "tacking and talking" pretty much sums up my day at the High Plains Live show.  Here's Teresa tacking, 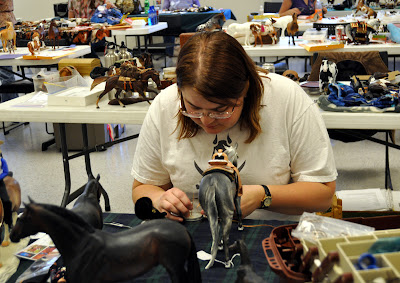 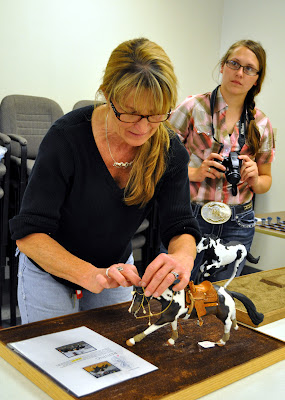 and Tiffany and Regan talking. 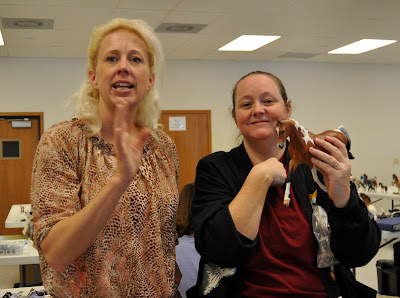 Many thanks to Sheila and all the judges for their hard work in making the High Plains Live Model Horse Show such a big success.  I can hardly wait until the 2013 edition!
Posted by Braymere at 5:27 PM