This big Thoroughbred class kicked off the Sport Division at the last Saturday's Colorado Kick-off Show.

We have a fairly small pool of resin showers here in Colorado, so the vast majority of the models in any given class are at least somewhat familiar to me.  However, I don't remember having seen this pretty Bogucki Chances Are resin before. 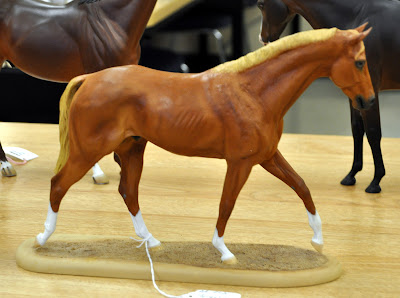 Another Bogucki--this one's a Showman. 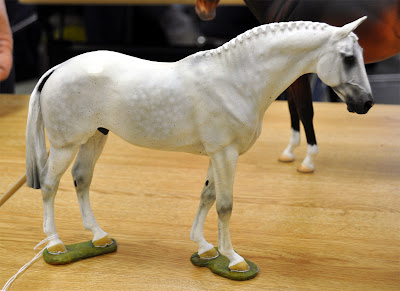 Here are the Braymere Thoroughbreds with their ribbons. 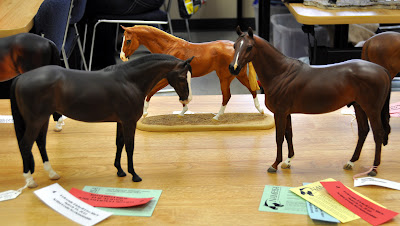 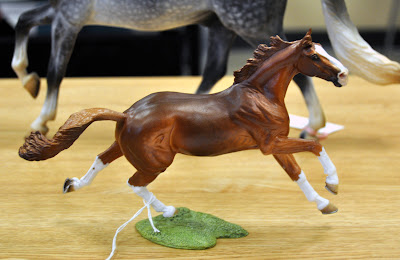 This big guy is the Alchemist.  He is an Eberl Lancelot painted by Steph Michaud and owned by Teresa Buzzell. 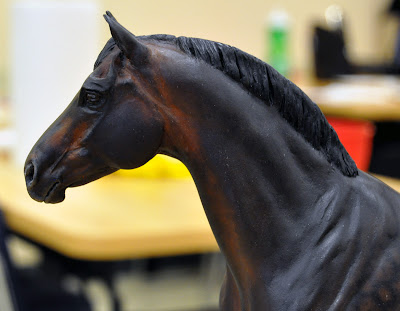 There was an Carriage Breed class, but I did not take any pictures...  Maybe there weren't any entries?  I'm not sure, but I do know that there were so many horses in the Other/Mixed Sport class that it was split into two sections--Other/Mixed Sport and Akhal Teke/Nez Perce.   My Kilbourne Hazel resin showed in the former and won first place under the breed judge. 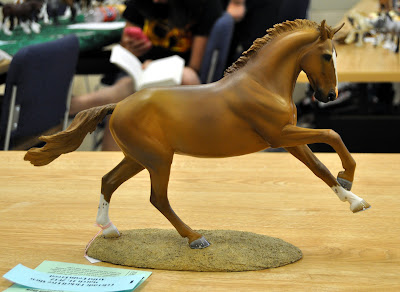 Speaking of judges, here they are playing with inspecting the entries in the Akhal Teke/Nez Perce class.  That's Yashka Hallein (workmanship) on the left and Regan O'Keefe (breed) on the right. 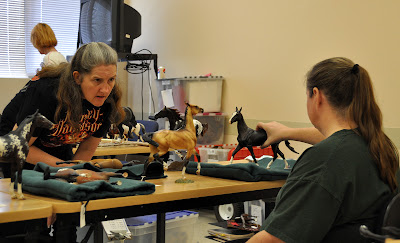 I had three horses in this class.  This one is Frank, a Sarah Rose Khan resin customized and painted by D'arry Jone Frank. 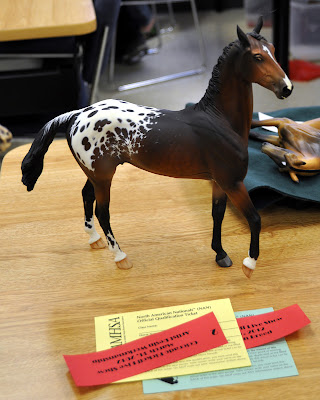 As the champions were announced, it was clear that this division belonged to Val McEntee. 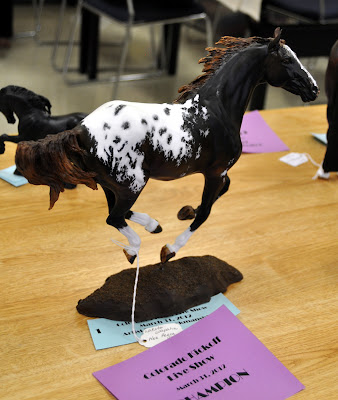 Her horses won both of the workmanship titles... 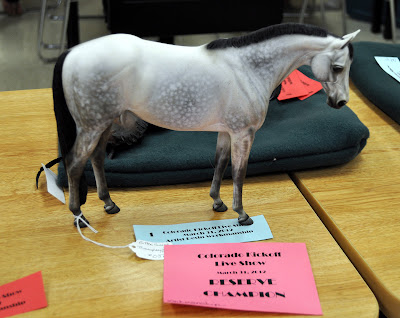 as well as the breed championship. 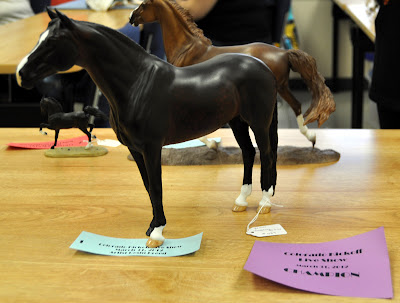 In fact, the only non-McEntee horse to win a certificate was my Valor resin, Validator.  This pretty boy was sculpted and painted by Carol Williams. 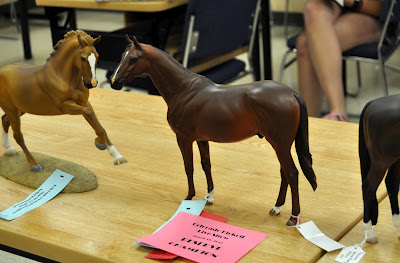 Whew!  Am I the only one who's getting weary of live show reports?  Fortunately, we're almost done.  Just a few small divisions and Overall Championships left to go!