A tale of two ponies

Like all good horse crazy girls of the 1970's, I grew up with Marguerite Henry.

My favorite title wasn't King of the Wind or White Stallion of Lipizza or even Brighty of the Grand Canyon.  Instead, it was the real life story of Marguerite's most famous character--Misty of Chincoteague. 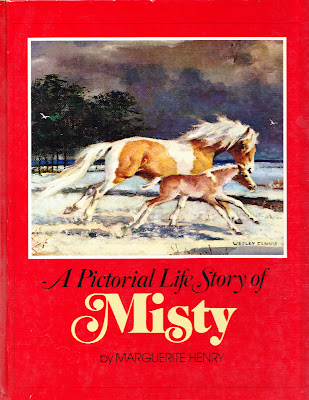 My own copy is battered and worn from so many readings.  It's also signed! 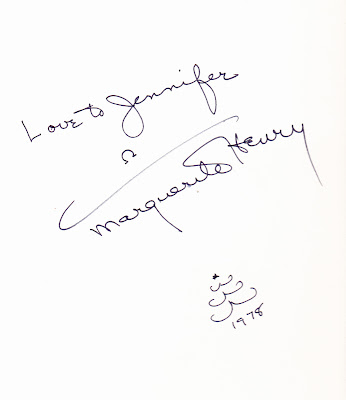 One of my favorite passages from the book describes young Misty's arrival at Marguerite's farm in Illinois.   Everyone was expecting a sleek and shiny pinto, but the pony that stepped off the train was utterly strange.  There were no markings.  None at all.  No palomino coat, no golden eye patch, no white map of America.  She was all one color--the sooty gray of snow that had lain on the ground much too long. 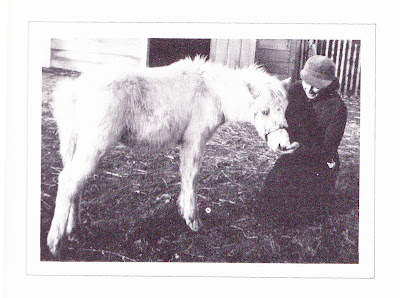 Although convinced that Grandpa Beebe sent the wrong pony, the Henrys quickly fell in love with their drab little "Siberian goat."  Any lingering disappointment was put to rest a couple months later when Misty began to shed.  Marguerite describes the miraculous transformation like this:  As Misty shed out, she began to appear slimmer, trimmer, less wooly.  And her coat took on a kind of shimmery look in certain slants of sunlight.  The children and I thought it was our imagination playing tricks on us, or just wishful thinking.  But as the days slipped by, and Misty's hair came out in great swatches, a gradual dawning took place in our minds.  For the more she shed, the surer we became that underneath her outer coat she was growing an undercurrent of gossamer gold. 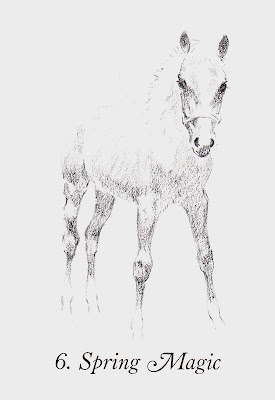 I've been thinking about those words a lot lately.  From a distance, Trillium still looks like a pale, almost- white palomino. 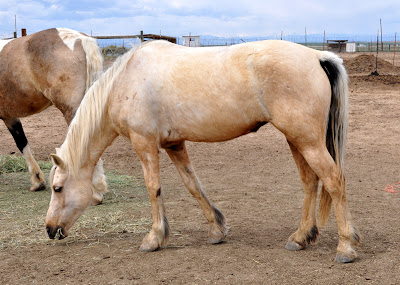 However, if you look closely... 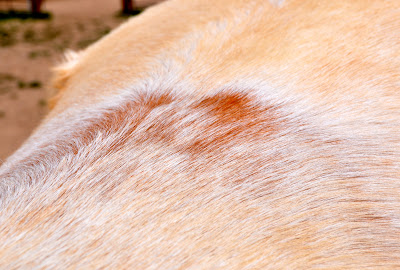 you can see little hints of her glorious summer coat. 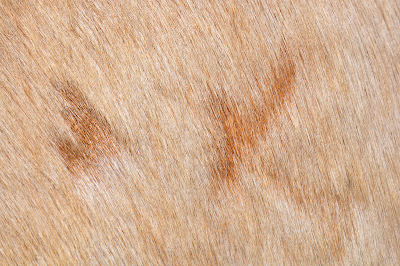 Some of the changes are kind of funny.  She's shed out around her eyes but not on her forehead, which almost makes it looks as if she's wearing goggles. 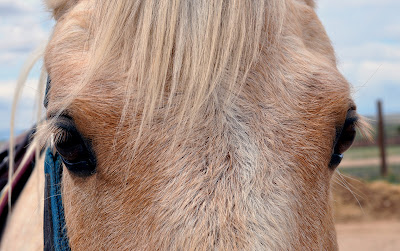 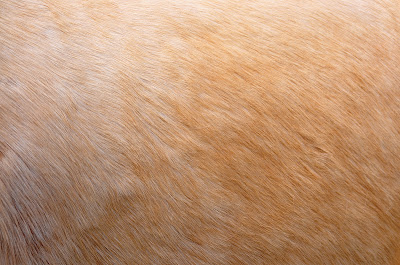 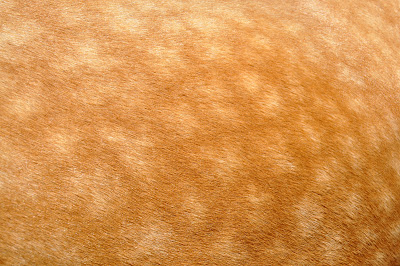 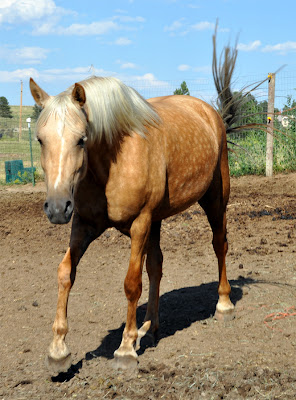 Oh, it's hard to be patient while waiting for that Spring Magic!
Posted by Braymere at 4:34 PM