I've almost finished judging the performance division of the MEPSA August qualifier, and it has been quite an experience. These classes are big and the competition is fierce. Just look at these pictures from the Western Pleasure division! There are no easy wins in a MEPSA show.

The Western Pleasure Action class made that abundantly clear with its forty six top notch entries. I tried to make it easier on myself by splitting it into two separate sections (stock horses/other type horses). Unfortunately that didn't help much. There were at least fifteen horses in the stock section that were good enough to win. After much deliberation, What the Hail? came out on top. 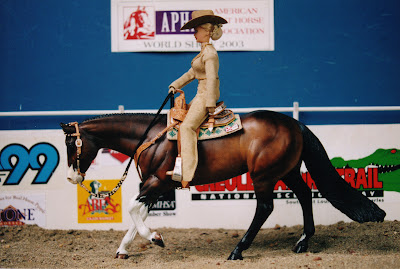 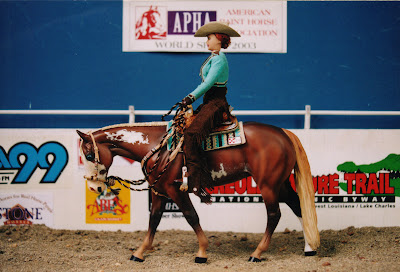 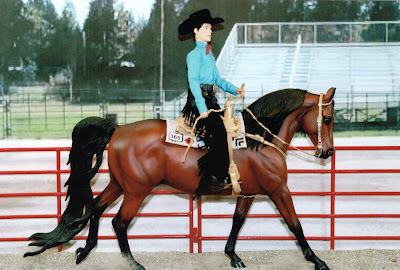 with Cindy Turner's Kallella hot on his heels in second. 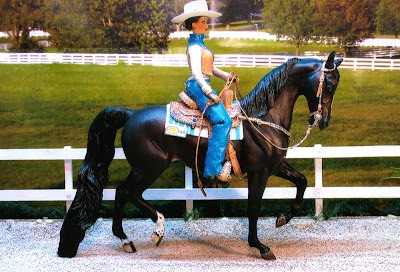 Joan Yount is truly a multi-talented hobby artist. In addition to dressing dolls, she also customizes, paints, makes tack and takes some awesome photos. Her JTIA MacBuck won the Western Pleasure class for standing horses and had numerous other good placings. 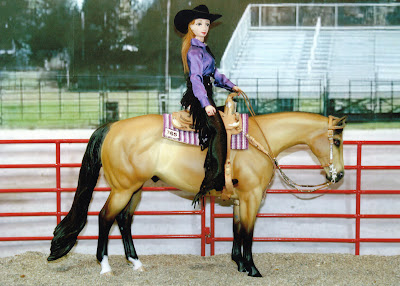 Western Equitation was dominated by Joan's O-U-Dolls, such as this one on JTIA Mr. Cody Chrome. 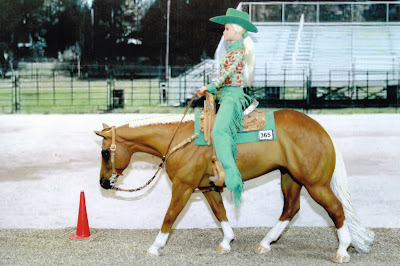 Freedom Dreams again, this time in Western Trail. I love this picture! 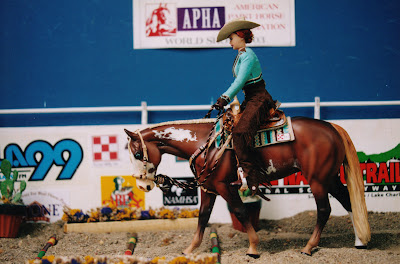 However, I think I like this one just a little bit more... This is Kim Janes-Morgan's Chipper backing through an L shaped obstacle. 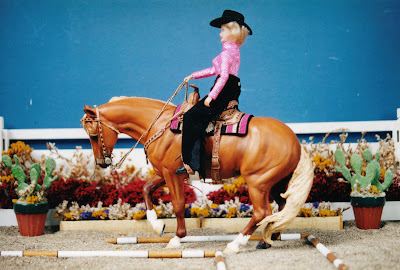 The Western Performance Division is next!
Posted by Braymere at 4:35 PM