These pictures are from the Junior Cart class at the Arapahoe County Fair Draft Horse Show. 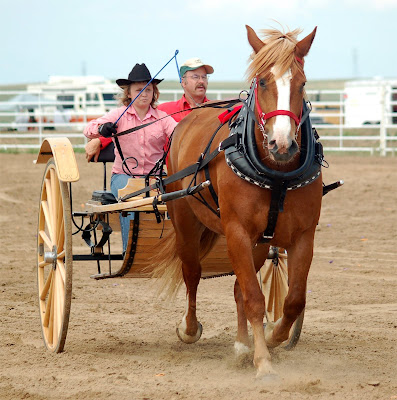 There was only one entrant in this class. Despite that fact, the class was run just as though there was a ring full of horses. 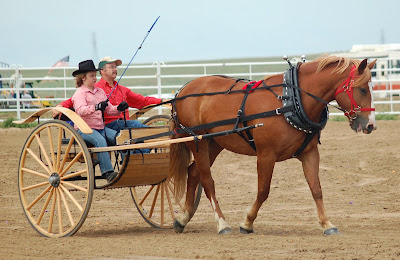 That is, the sole competitor was required to walk and trot on the rail in both directions. 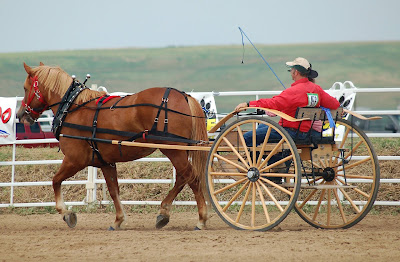 This is not a fancy set up. The horse is wearing a nylon harness and pulling a Meadowbrook cart. The young driver's father is a passenger in the cart. 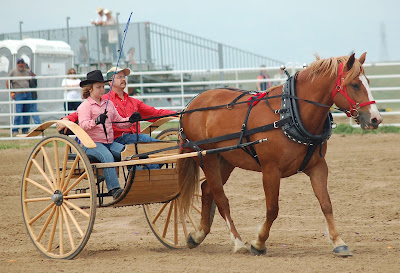 After the railwork was finished, the exhibitor was called to the center of the ring. The judge walked out and asked her to perform a few additional tasks. 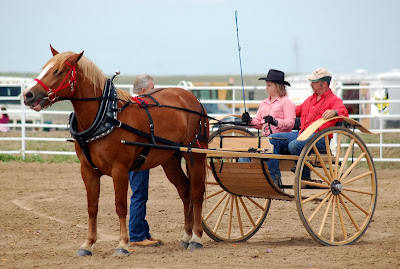 The first was backing up. 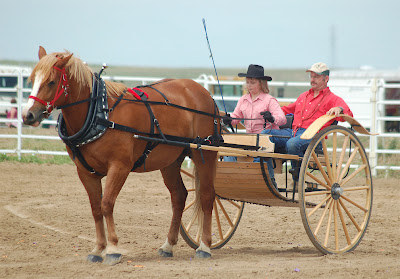 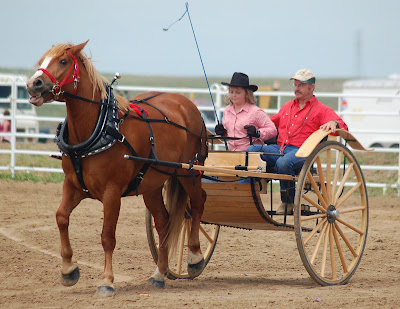 Next, she was asked to "swing". 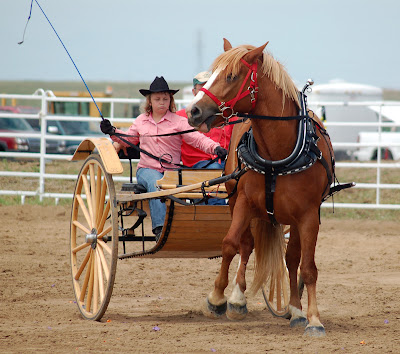 I can't seem to find a good definition of "swinging"--at least not driving related swinging!--on the web. Basically it's just a very efficient, tight turn. The show teams were also asked to do this in the line-up. 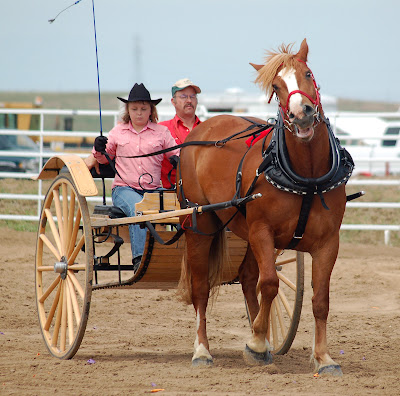 After that, the ribbon was awarded and the winner made her victory pass. And that's all she wrote!
Posted by Braymere at 4:03 PM