Today I went to a horse show. That may not sound particularly noteworthy because, as regular readers know, I go to a lot of horse shows. This one was special though. I wasn't there to enjoy the scenery and take lots of photos. I did both those things, of course, but my purpose was much simpler--I was there to cheer on my friend Trish as she and her horse Surprise tackled an upper level dressage test for the very first time. 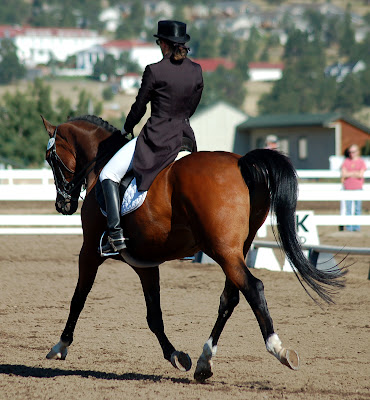 I've known Trish for twenty one years. When we met, she was showing Training Level dressage on an older Arabian broodmare. After graduating from college, she packed up a different Arabian and headed East where she spent several years working for some big name dressage trainers. Eventually she moved back to Colorado, got a teaching job, got married... But she never stopped riding, never stopped working toward her goals. Four years ago, she was able to buy a serious dressage horse--a small but talented Danish Warmblood gelding who was schooling all the FEI movements. It seemed like everything was finally coming together for her. 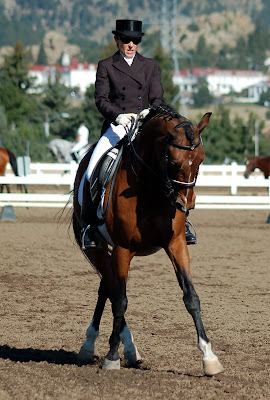 Unfortunately things don't always go according to plan. Surprise developed soundness issues and spent all of 2008 in his stall. Trish started riding him again last spring. He stayed sound so she started thinking about showing. They'd been competing at Fourth Level before the lay off, but he was going so well she decided to give Prix St. Georges a try. This leads us back to today's show, the Paragon Dressage II show held at the Stanley Park Fairgrounds in Estes Park, Colorado. 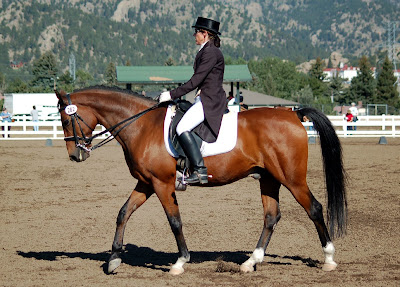 Their test wasn't perfect. It was hot and Surprise still isn't as fit as he should be. To conserve his energy, Trish did a very abbreviated warm up. Surprise was a bit tense as he entered the ring and that showed up in various resistances. There were a few moments that looked like this: 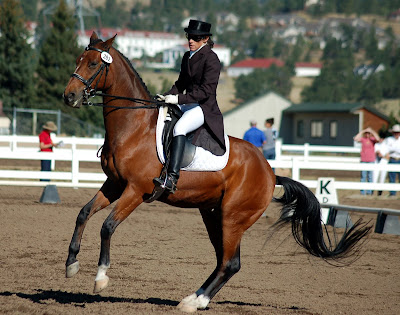 But there were just as many that looked like this. 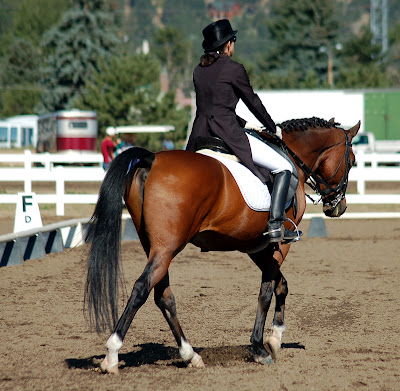 Trish was all smiles as she and Surprise exited the ring after after their final salute. 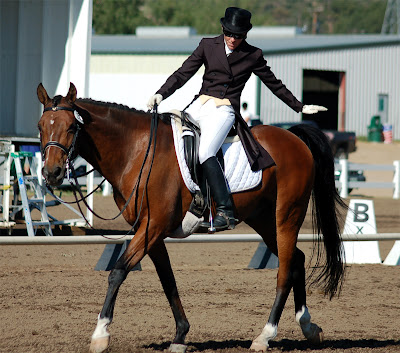 Once Surprise was cooled off and safely tucked into his stall, we trekked back to the show office to see the scores. Trish and Surprise earned a 54.2--a very respectable score for their first time at Prix St. Georges. 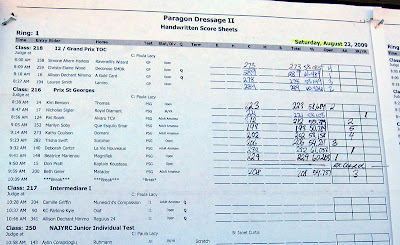 It was also good enough for third place in the Open class. Hurray for Trish and Surprise! 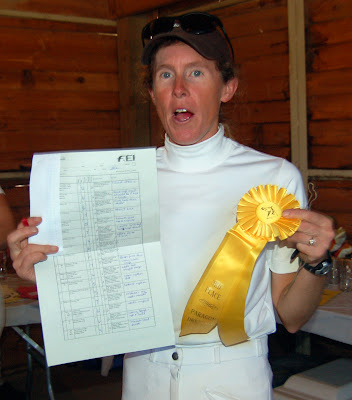 One last picture of my good friend and her lovely little horse. 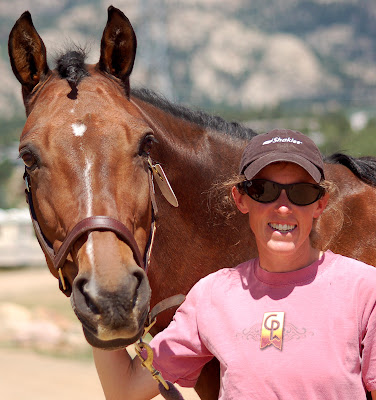 Hope everyone else is enjoying their weekend, too!
Posted by Braymere at 8:37 PM