The official name of class number 112 on the MEPSA class list is Other Costume. However, I tend to think of it as the Kim Jacobs class. Just take a look at these pictures and you'll most likely agree with me!

First up is Brummel wearing an Ainu-Japanese Mounted Samurai costume from the 17th Century. 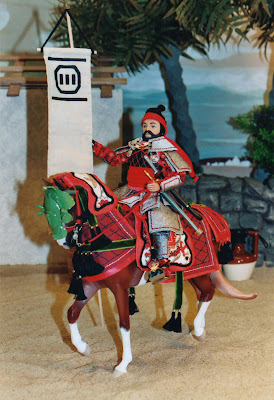 Next is Chablis. He is being ridden by Napoleon Bonaparte as he celebrates this victory over the Mamelukes at the Battle of the Pyramids in Egypt, 1798. My mind boggles at the amount of research Kim must do to put all these costumes together. 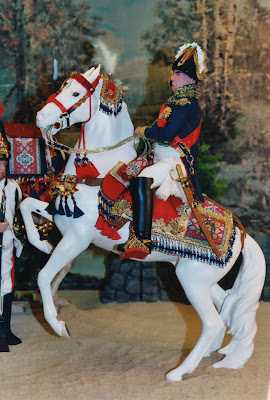 And she really is a one person show. Although her mother Lenore dresses some of the dolls, Kim is responsible for nearly everything you see in most of her pictures. This photo of Deirah depicts an Ethiopian Tribal Chief with his bodyguard in 1960. 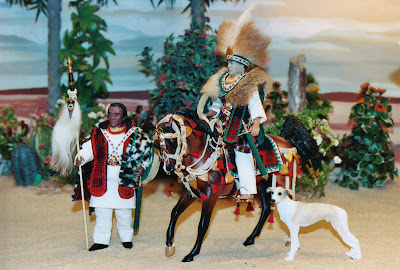 D'Marquis is a Spanish Conquistador at the throne of the Aztec King in 1519. 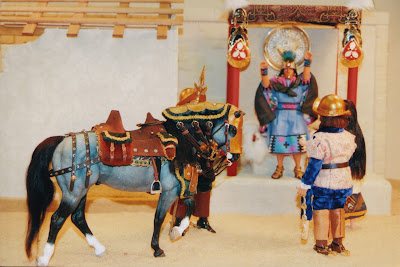 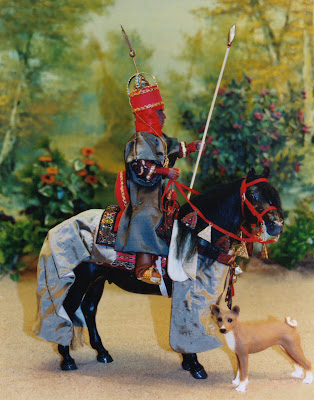 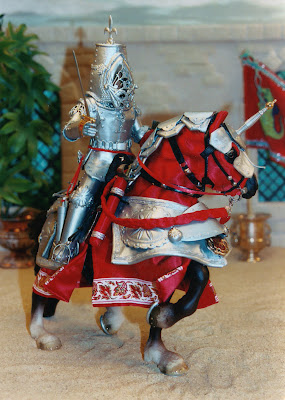 Ishtar represents Risaldar of the 29th Deccan Horse Regiment of the Southern India British Army in 1910. 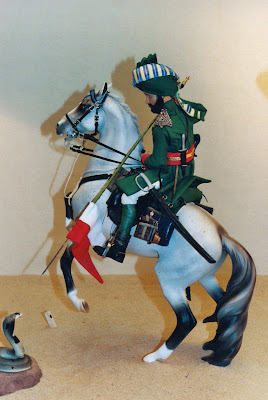 Marius' costume is from the Riding School founded by Count Cesar Fiaschi in 1556. 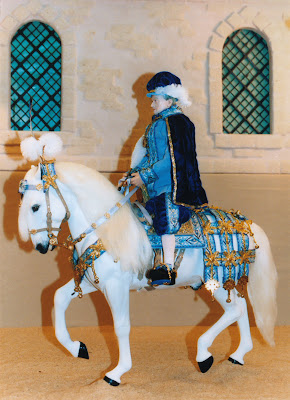 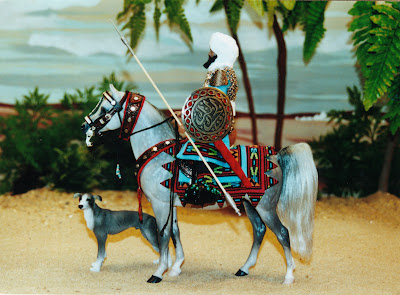 Last but not least, it's Zulayah and Maravyah pulling an Egyptian Chariot during the 18th Dynasty of the New Kingdom, 1550-1300 BC. 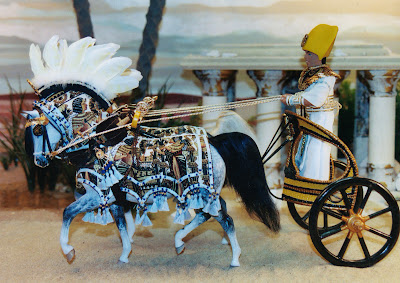 Close up of the tack. 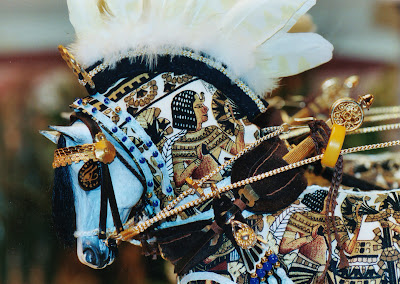 If you're anything like me, this display of talent has probably left you feeling overwhelmed and somewhat inadequate. I just love looking at Kim's work but boy, does she make me feel like a slacker! Must. Go. Work. On. Tack. Now.
Posted by Braymere at 11:12 AM