Here's Joan Yount's JTIA Drafenor. I love the fringe boots on his forelegs, and you know, I think I saw their real life counterparts on the Tacky Tack blog awhile back! 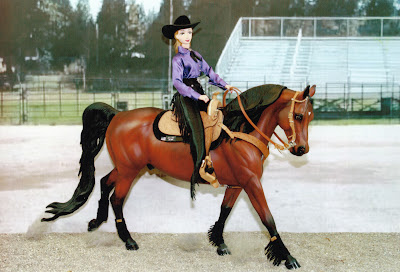 This is Kim Janes-Morgan's Play Ball also competing in Reining. 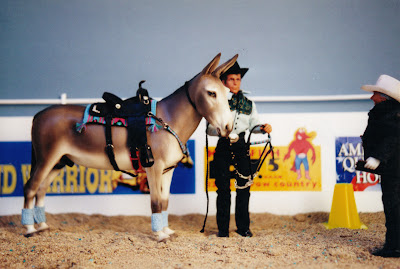 This was a good class for Kim. Tri-Baby belongs to her as well. 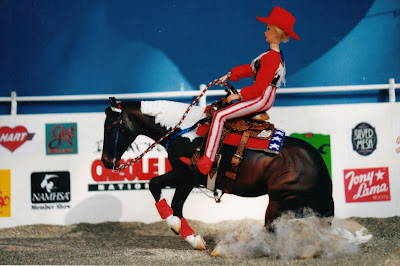 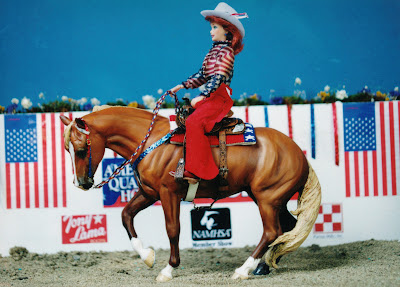 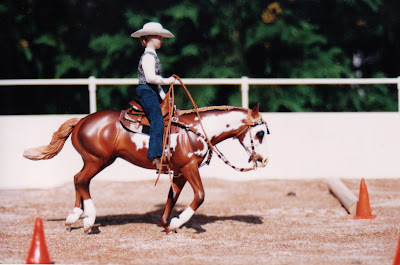 The Cutting class was dominated by the Kims. This is Kim Jacobs' El Paso... 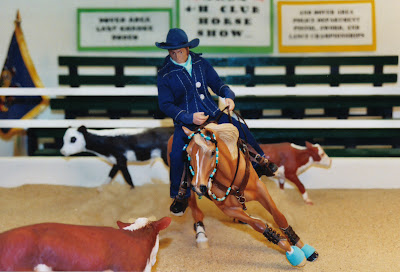 and this is Kim Janes-Morgan's Walk This Way. 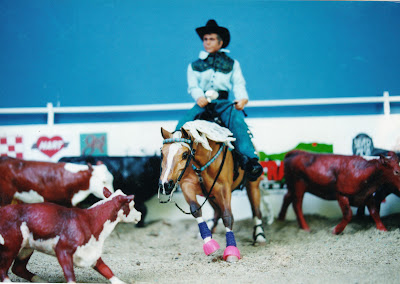 Roping was one of the few classes that did not fill completely. Still, there was quality in abundance, as evidenced by the next picture. The winner was Caliber owned by Kim Janes-Morgan. 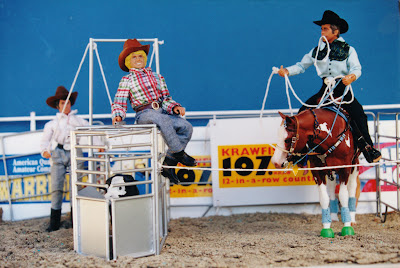 The next picture is not actually a roping entry. Mary Moon, owned by Kim Janes-Morgan is shown competing in the Other Stockwork class. 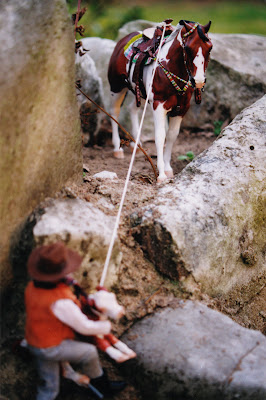 Also in Other Stockwork was Freedom Dreams shown here with a Border Collie and a flock of Herden sheep. 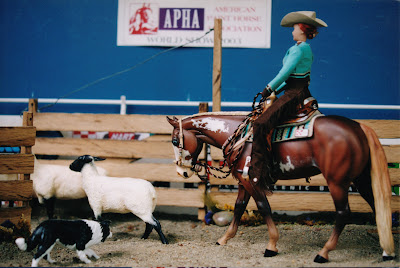 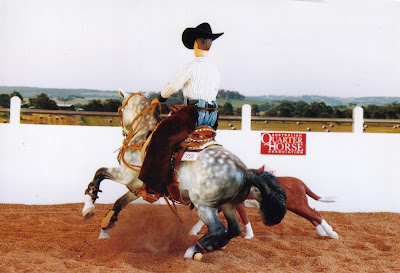 On to the gaming classes! This is El Paso again. 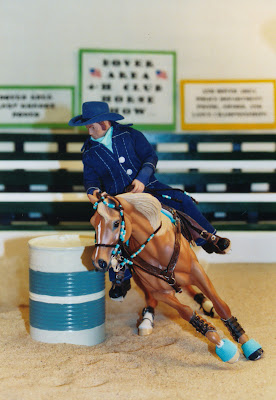 Kim Janes-Morgan's The Soup Nazi was a star in both Barrel Racing... 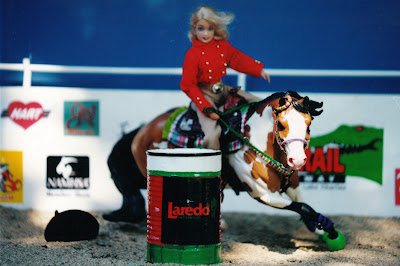 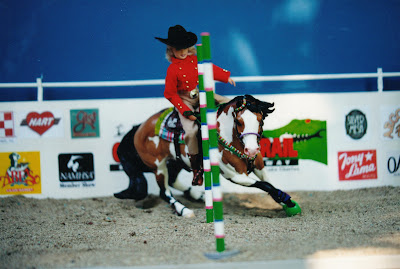 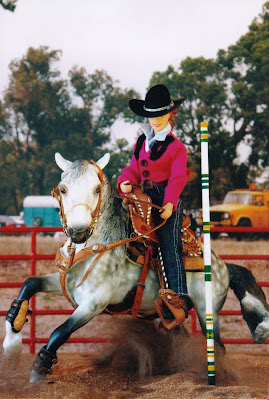 There were so many creative entries in the Other Games class. I especially liked this picture of Freedom Dreams competing in the Stepping Stone Race. 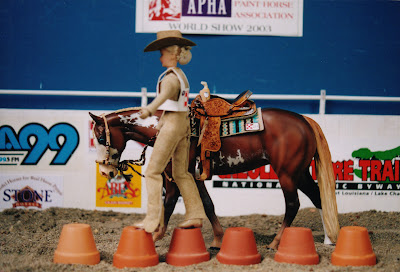 The last class of the division was Other Western. This was another big and deep class. I ended up splitting it into two sections--Natural Western Trail and Other. Cindy Turner's Classic Reynolds won the Other section with this Western Pleasure Pairs picture. 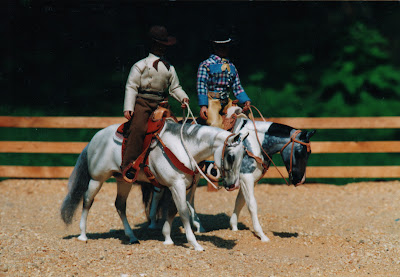 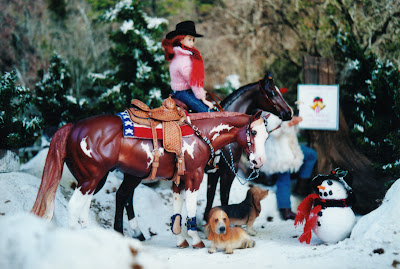 The next picture makes my short list of best model photos ever. It depicts Kim Jacob's reliable mule Violet encountering a model horse hobbyist while out on a trail ride. What an incredibly cool idea for a picture and it is so well executed--just look at those itty bitty Breyer boxes and the miniature diorama table! I want, I want! 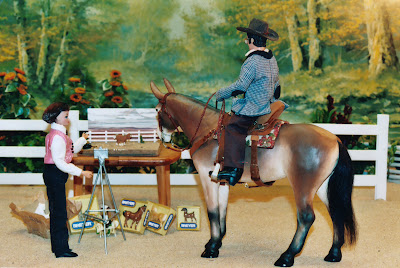 But, as wonderful as that picture is, I liked this one just a little bit more. This is Carringal DA Gateado and Rosemary Simeon is the talented owner/photographer who captured this beautiful image. 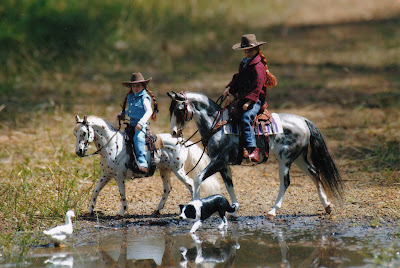 Stay tuned, the English division is coming up next!
Posted by Braymere at 7:27 PM