Costume classes lend themselves really well to photoshowing, and some of the talented MEPSA showers know how to create an entire miniature world within their photos. Here a few (!) pictures from the Native American and Arabian Costume classes. 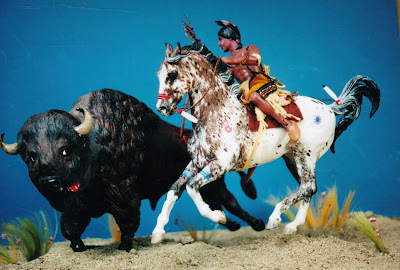 The top two horses belong to Kim Janes-Morgan. That's Dreamboat Annie above and Harley below. 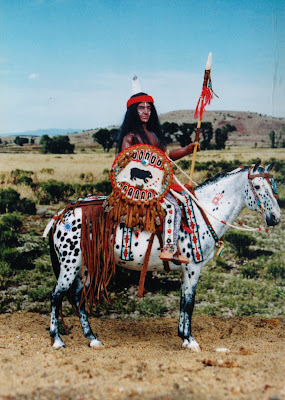 The verbiage on the back of Chablis' photo reads like this: Legendary Cree Spirit Warrior, "the Winter Man", circa 1750. The Spirit Warrior supernaturally rises out of the first snow to usher the winter season in across the land. Kim Jacobs is the owner, tackmaker, doll dresser and photographer. 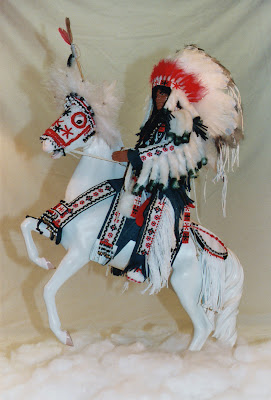 Isaquah also belongs to Kim. She is dressed in a Contemporary Powwow style costume which combines historical/traditional designs with modern materials. 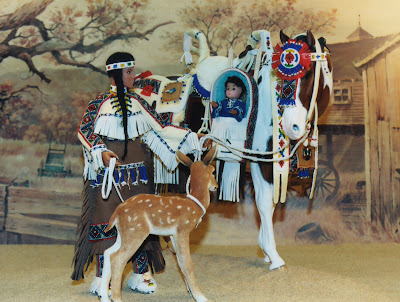 Close up of Isaquah's bridle. 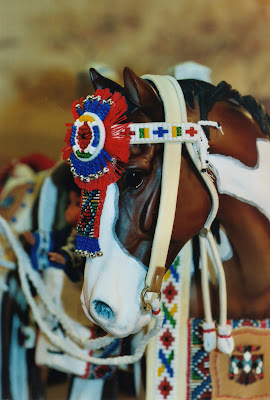 Moving on now to the Arab costume class. This is Kim Janes-Morgan's Miriah wearing a costume by Debb Parrish. 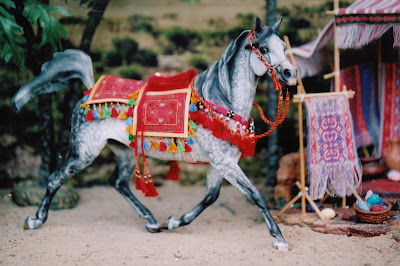 The rest of the horses belong to the very talented Kim Jacobs who also made all the costumes. Most of the dolls were dressed by Kim's equally talented mother, Lenore. The balance were dressed by Kim. First up is Deirah, who is sporting a 1960's era Saudi Arabian style costume during a hunt. 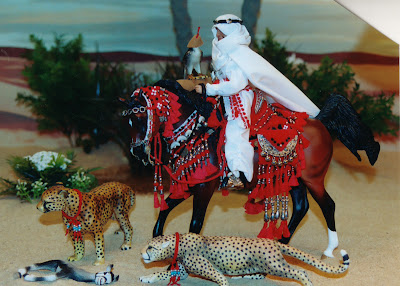 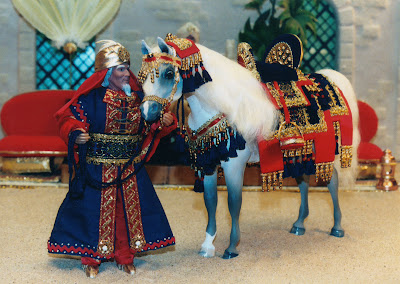 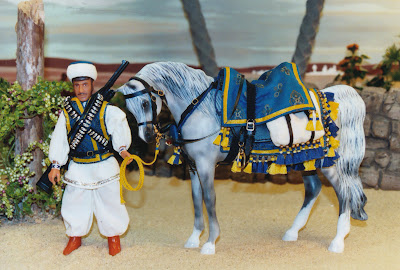 Nineteenth Century paintings by the old masters such as Schreyer, Degas and White were the inspiration for Salovah's costume. 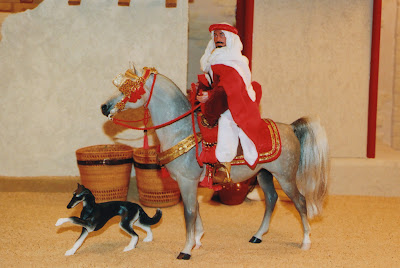 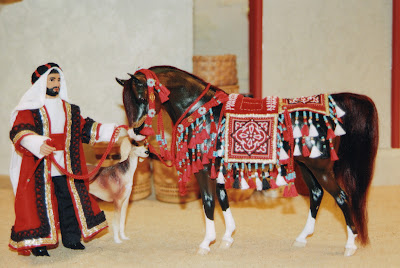 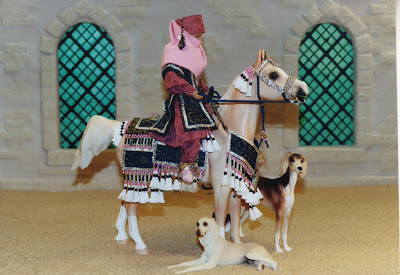 Who knew there were so many different types of historical Arabian costumes? The next one is a Twentieth Century North African-Tuareg costume. It is shown on Olah Kaylah. 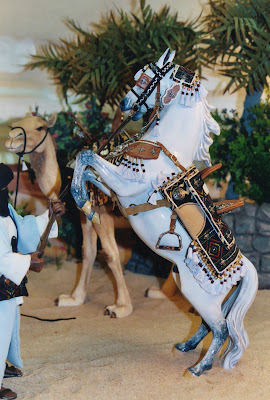 Last one! This is Saadia looking marvelous in light blue and red. 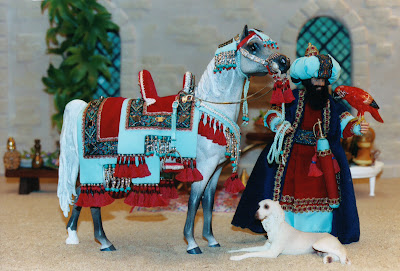 Just a few pictures left for tomorrow's post. Hope everyone's been enjoying this series and special thanks to Kim and Kim and Rosemary, Lauren, Joan,Corina, Cindy, Wendy and all the other wonderful MEPSA showers who gave me permission to post their photos on my blog.
Posted by Braymere at 1:08 PM