MEPSA's Other Performance Division includes harness and costume classes as well as a few other hard to classify events. Not surprisingly, the caliber of competition is as strong here as in the Western and English divisions. 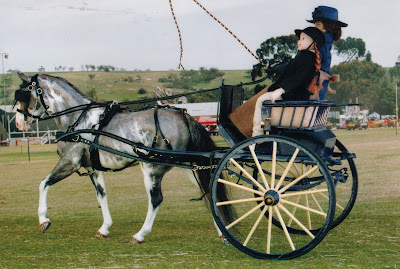 The first two horses belong to Rosemary Simeon and are shown competing in the Pleasure/Fine Harness class. That's Carringal DA Gateado up top and Carringal Rosie O'Grady below. 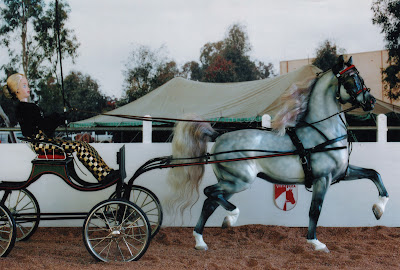 Carringal DA Gateado again, this time showing in a the marathon phase of a combined driving event. He ended up being the Other Performance division champion. 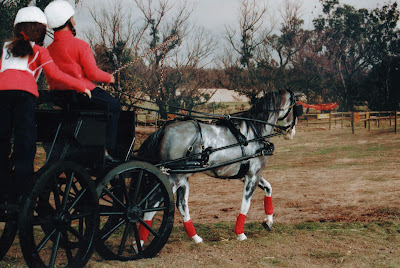 Of course Rosemary isn't the only one who knows how to harness up an equine. These mules belong to Kim Jacobs and are shown in a Revolutionary War Tandem-Cockhorse hitch. Kim made all the tack and props including that cannon! 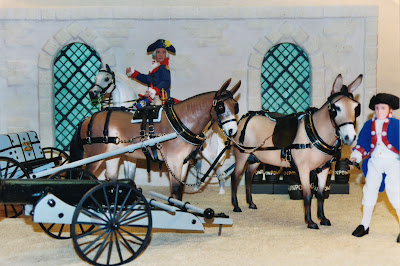 Here's another one of Kim's amazing historical entries. This is Saadia, Salovah and Khaleedah pulling a Russian Troika sleigh. 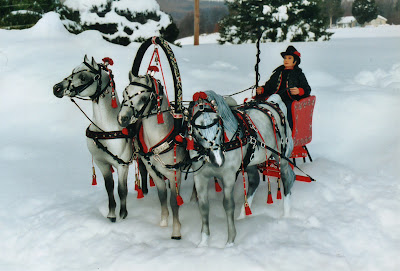 Rosemary's Carringal Benny, Blaze, Dandy and Prince are shown with a disc plough. 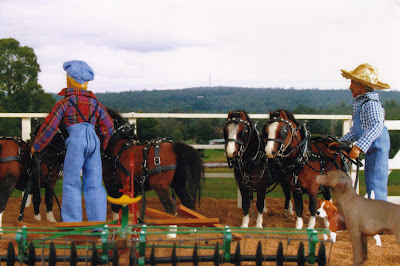 Cindy Turner's Kissy Face won the Parade class with this next picture. 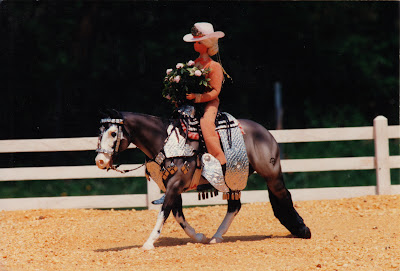 Kim Janes-Morgan's Overshot was the winner of a tough Showmanship class. 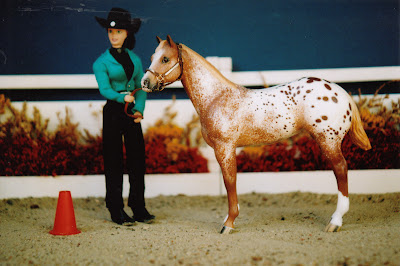 Another one of Kim Janes-Morgan's excellent showmanship entries. 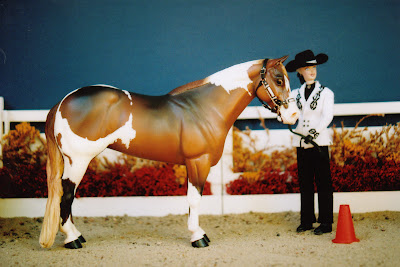 Liberty is a good class for those performance unfriendly rearing models. This is Kim Jacobs' Ajadomo. 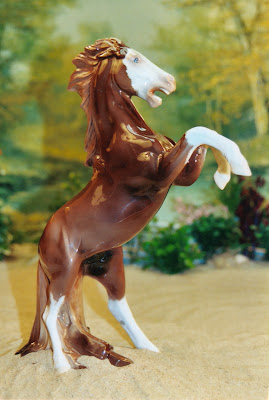 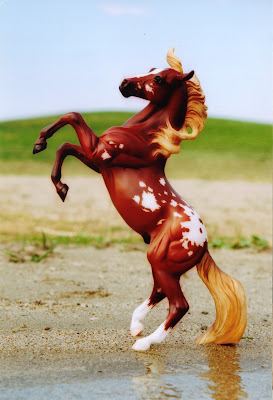 The Packing class was small but competitive with some very interesting and creative set-ups. I love all the small details in this picture of Kim Jacobs' Idon'twantu. She is serving as a pack pony for an Entomologist. A note on the photo's back reads: note the butterflies on the "fresh offerings"! 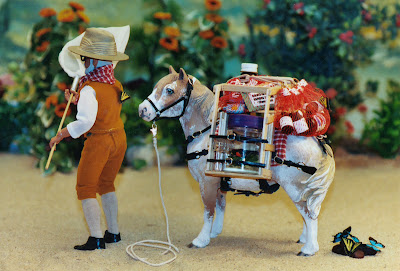 Kim's mules Violet and Biscuit have returned from the Revolutionary War and are now working for an Archeological Expedition Mule Train in Egypt circa 1930. 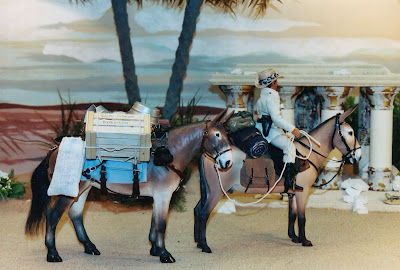 This picture better shows the details of Violet's pack tack. 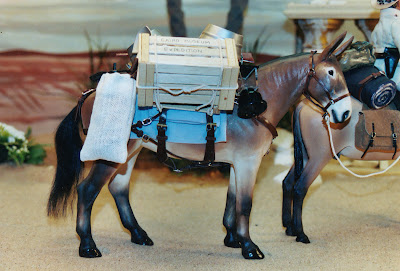 I'm saving the Costume pictures for another day. Be sure to check back for them--they're awesome!
Posted by Braymere at 1:21 PM