Here's another group of pictures from the 2009 edition of the Dressage in Rockies show at the Colorado Horse Park in Parker, Colorado. Instead of focusing on the horses themselves, today I'm looking more closely at the way they're dressed for the showring.

Like show hunters, most lower level dressage horses are shown with braided manes. However, unlike the hunters, there is no one standard look to those braids. The size and number of the braids varied widely, and I suspect that most of the horses were braided by their owners rather than a professional braider. This was probably the most common look. 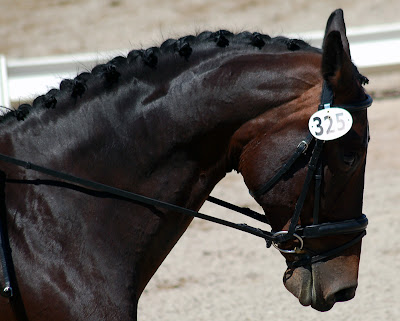 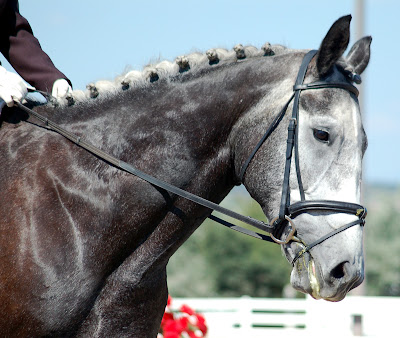 A few horses had white tape over the braids. 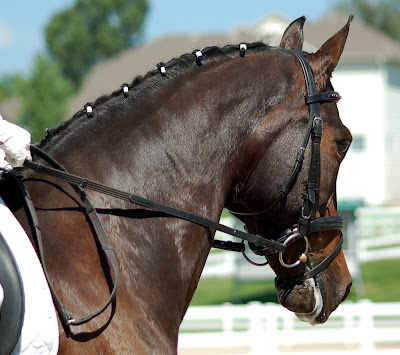 Unlike most of the other horses, this Hanoverian's braids were on the left side of his neck. 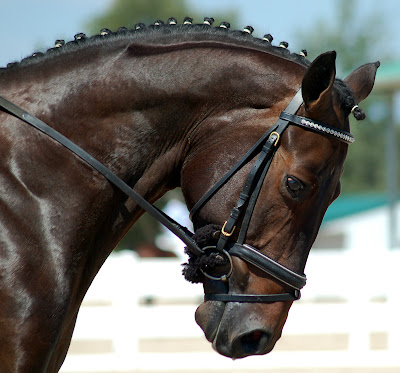 These braids are a bit more hunterlike, in both size and quantity. 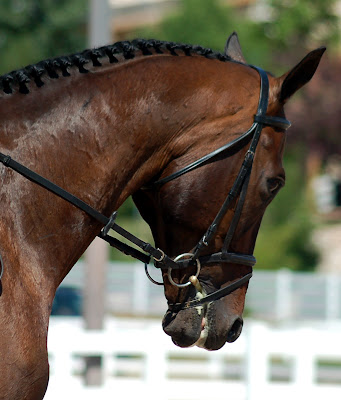 This is a basic lower level dressage bridle. It is very much like a hunter bridle, but is usually black in color and often includes a flash noseband. The bit is attached to the bridle with buckles rather than studhooks and the reins are webbed rather than laced. Eggbutts and loose rings are the bits of choice. 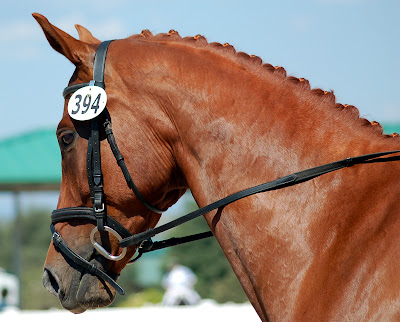 Bling-y browbands are very popular with the dressage crowd. 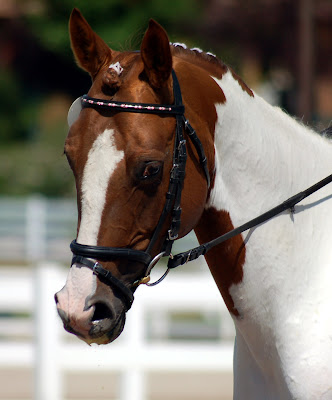 Another one. This horse is also wearing a "crank" noseband. See the rings under the bit? They allow the rider to more easily tighten the noseband. 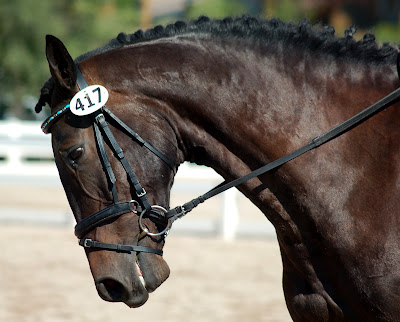 Subdued bling on the Connemara's browband. 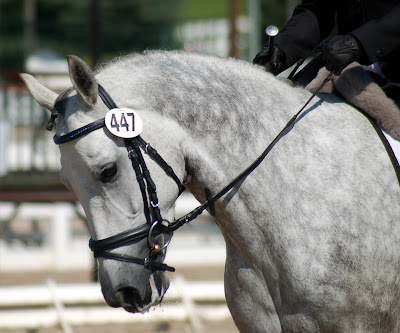 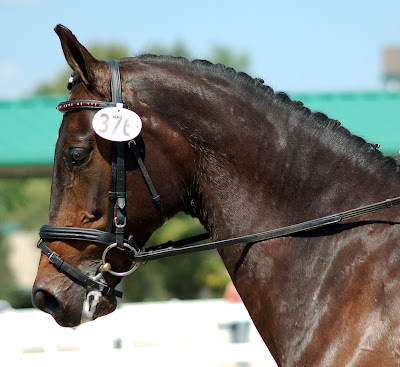 The flash attachment has been removed from the Friesian's bridle, but you can still see the little loop that would attach it to the noseband. Although most of the horses do wear a flash attachment, it's not required. 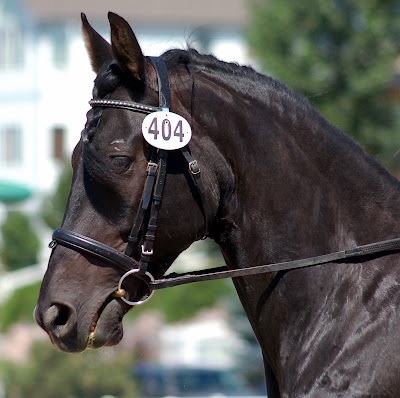 Something that is required is a bridle number. Teresa referenced bridle numbers in her "How to Lose a Class at NAN" post, and you can clearly see that the size of the bridle number is larger than the horse's eye. 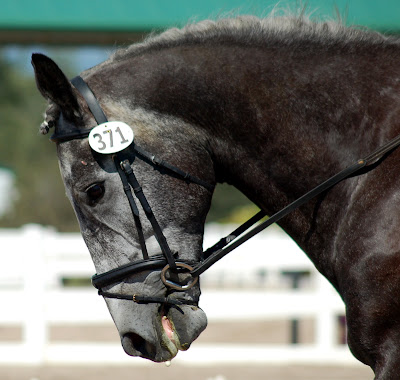 In some cases, it's a lot larger! 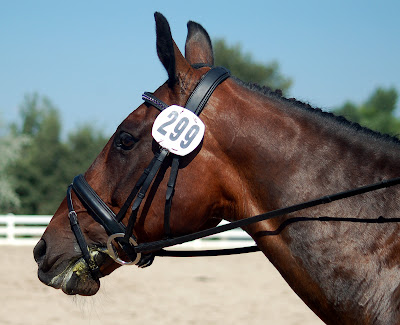 This show provided the competitors with only one bridle number, and most of the horses wore it on the left side of their bridle. However, there were a few exceptions. I have scoured the web looking for definite rules regarding bridle number placement and have come up empty. It seems that the left side is most common, but all that is required is that the number is easily visible to the judge and scribe. Probably it's easier to just use two numbers on your model dressage horse, but if you're like me and prone to losing things... 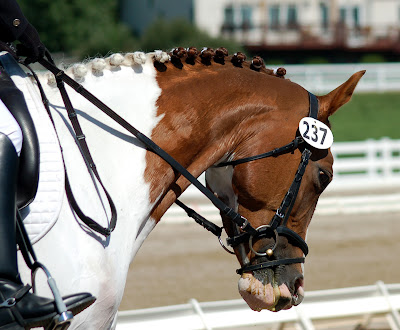 And look--just because it's called a bridle number doesn't mean it actually has to go on the bridle! 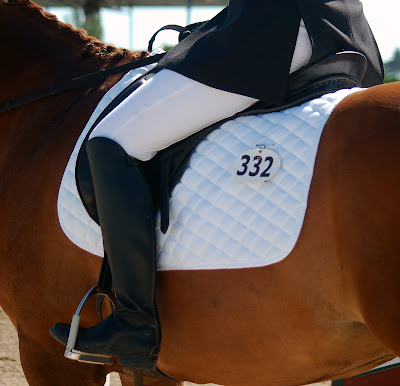 I think I'm done with the dressage pictures now. Hope someone found this helpful!
Posted by Braymere at 12:00 PM