Still more photos from the August MEPSA Resin/Custom qualifying show. These are from the English Performance division. 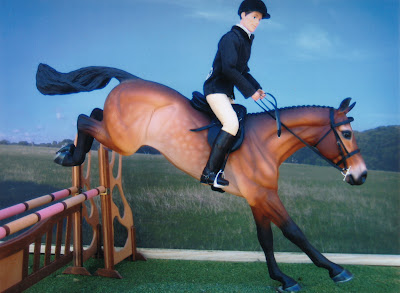 Over fences classes are always among my favorites. That's Lauren's Five Clouds Millicent above and Kim's Merelan below. Both are competing in the Hunter class. 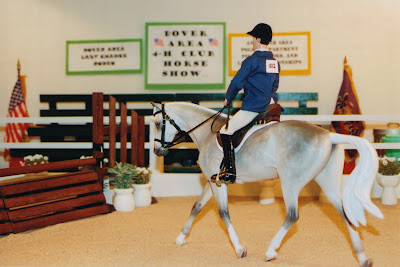 This is the eventual winner of the Hunter class. Carringal Honeynut Rust is owned and photographed by Rosemary Simeon. 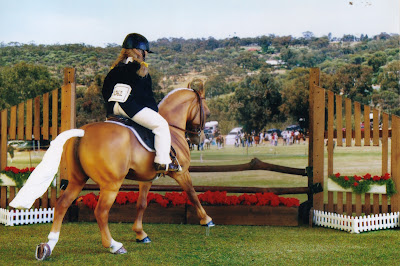 One of the things I love about photo showing is its timelessness. I know this photo of Wendy Galbreath's Player is more than a decade old, but it still as competitive as ever. 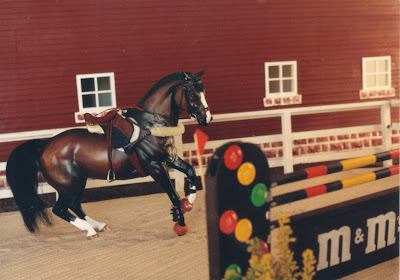 Lauren's Five Clouds Daedalus showing in the Jumper class. This is a super jumper turnout--I love those boots. 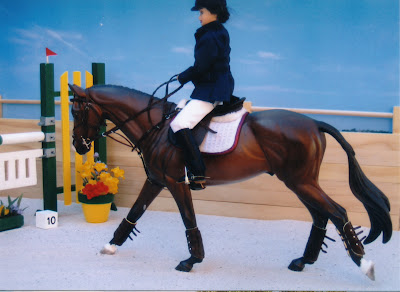 Rosemary's Carringal Stylish Stockings looks pretty spiffy, too. It's such a pleasure to judge entries like these! 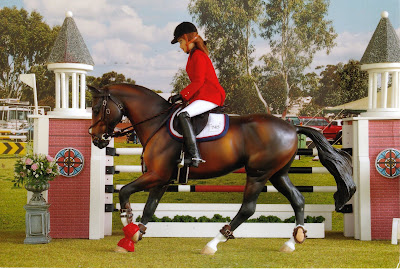 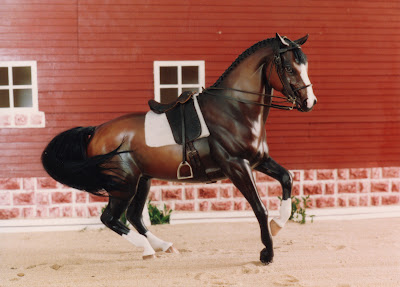 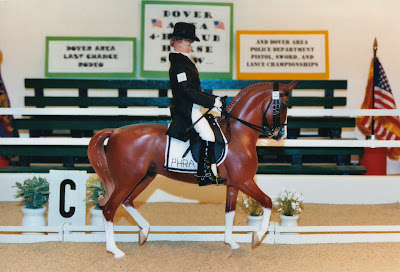 The Games classes are always a lot of fun. Carringal Honeynut Rust is competing in the Sword Race. 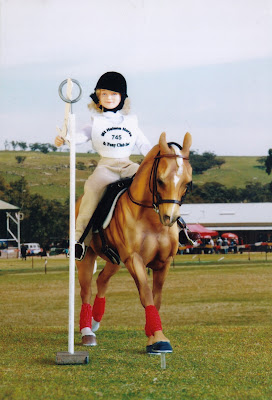 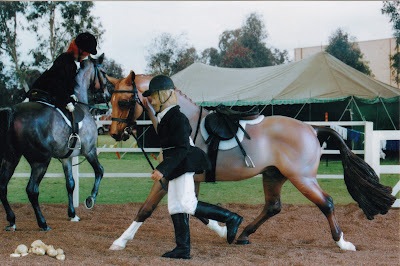 Carringal French Cuffs again. All of Rosemary's pictures are good, but this one is pretty awesome even for her. 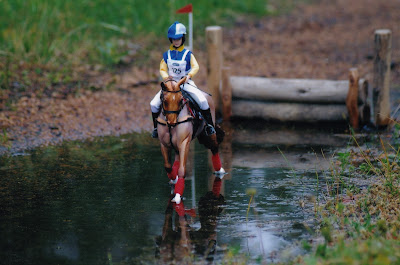 As is this! Carringal Stylish Stockings is approaching a photo of a cross country jump. Most people wouldn't be able to pull that off, but Rosemary is such a master at blending her foregrounds and backdrops that the end product is completely convincing. 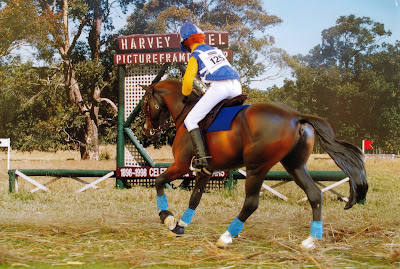 I keep teasing Rosemary that I'm going to go to go visit her in Australia and have her teach me all her photo taking secrets. Maybe someday!
Posted by Braymere at 5:26 PM