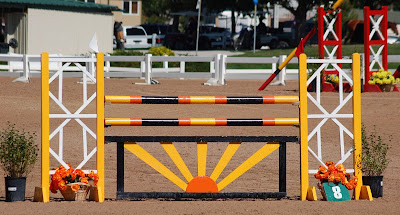 Although jumper jumps are often quite elaborate, they do not have to be. These first two jumps are pretty basic verticals. That is, they have a single set of jump standards supporting a pair of poles and a panel. They are flagged and numbered for competition. The red flag and number go on the right hand standard. The white flag goes on the left hand standard. The flags should be on the inside section of the standard.

This next fence is an oxer. It has two sets of standards and poles. Depending on the type of jumper class, some oxers can be impressively wide. The front standards support multiple poles and a panel. The rear standard has just a single pole which must be as high or higher than the poles on the front standard. 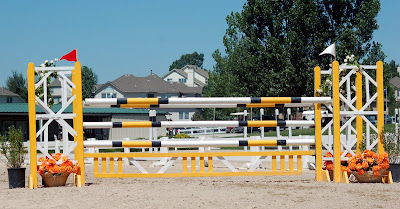 Most jumper fences do not have a groundline. 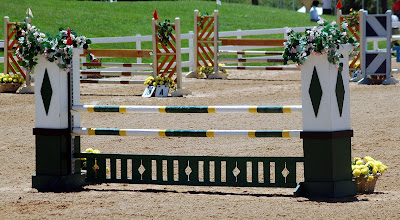 This makes it harder for the horse to judge the takeoff point. However, oftentimes the bottom edge of the panel is low enough that it may as well be a groundline. 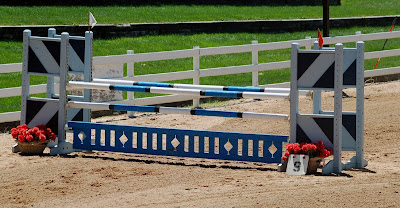 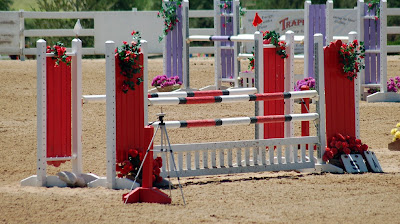 This jump has a liverpool underneath it. Liverpools are filled with water which makes the jump a bit spookier. This kind of heavy vinyl liverpool is popular with jump crews because it is lightweight, durable and can be rolled up for storage.

This stone wall is a good example of an elaborate grand prix type jump. If you look closely, you can see that the top part has a couple blocks that can be knocked down separately from the rest of the obstacle. Also worth noting--I took this picture between classes which is why the fence is neither flagged nor numbered. 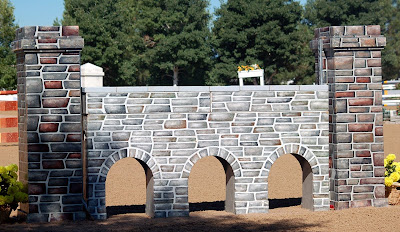 Another fancy and substantial jump in the grand prix ring. 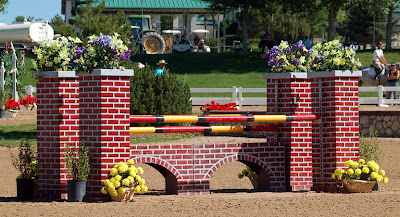 Here is a close up of one of the jump numbers. 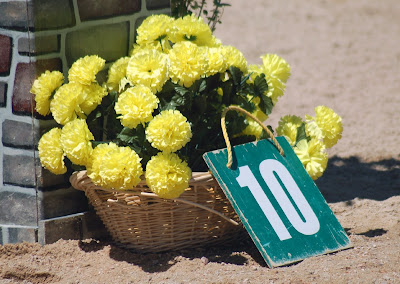 Jumps that are part of a two or three jump combination are both numbered and lettered. In this case, the next jump would be 11B. 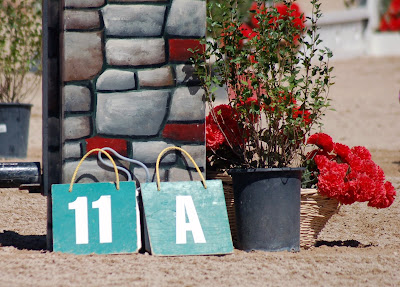 Since all jumper classes are timed, you will also see one or two pairs of timers in the ring. At the Colorado Horse Park the timers are set up with these little mini standards--white on the left, red on the right. 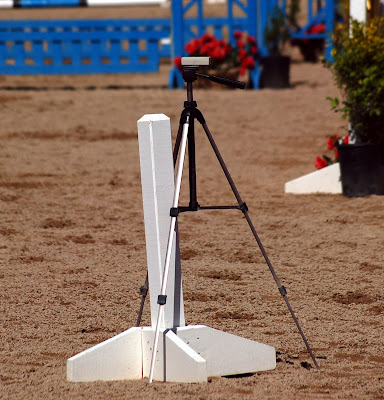