MEPSA has two separate performance divisions--English Pleasure, which is mostly rail classes and trail, and English Performance, which includes over fences classes, dressage and games as well as a catch-all class. Today's pictures are from the English Pleasure division. 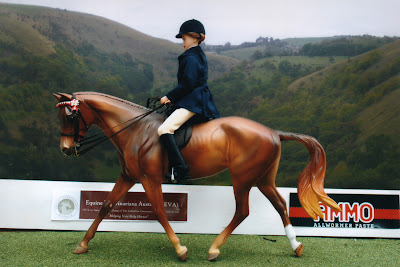 The first three pictures are all courtesy of Lauren Islip who dominated both sections of the Huntseat Pleasure class. The lovely customized Strapless is Five Clouds Fionchra and the customized Paloose is Clouds Champagne Kisses. 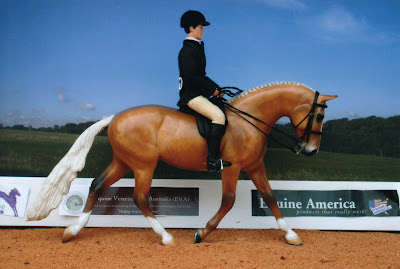 Lauren is an accomplished tackmaker and I just love the turnout on all her entries. Five Clouds Daedalus is shown below. 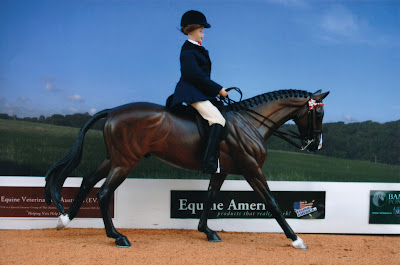 Five Clouds Rumour Has It is a Valor resin customized by my friend Tiffany Purdy. Love him! 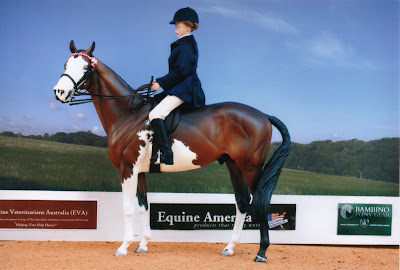 Of course, Lauren doesn't own all the nice horses in the English division. There were plenty of other good ones. Kim Jacob's beautiful Merelan is just one example. 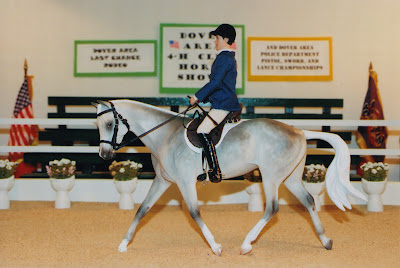 Joan Yount's JTIA Drafenor proved he's not a Western performance star with this win in the Equitation class. 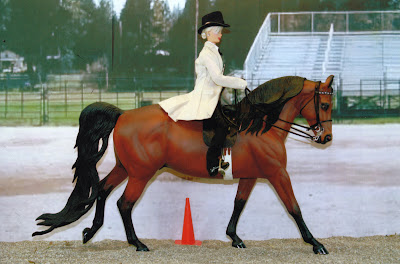 I was so pleased to see a full Sidesaddle class. All the entries were wonderful and I had a terrible time deciding between Lauren's Five Clouds The Tetrarch and... 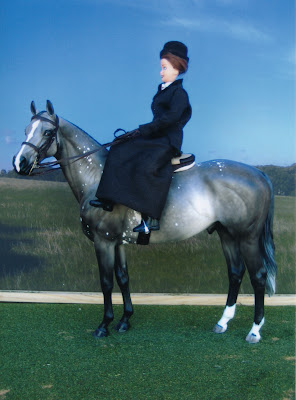 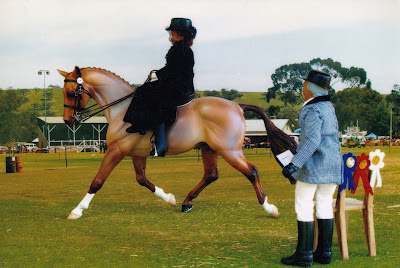 Similarly, there were lots of nice saddleseat horses to choose from. This is Rosemary's Carringal Rosie O' Grady. 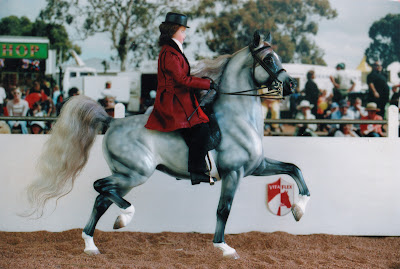 So Surpemely Fancy is owned by Cindy Turner. 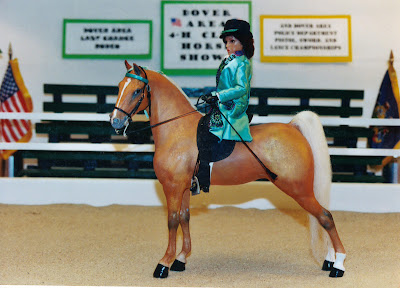 The last class in the division was trail. There were lots of really creative set-ups but I ended up going with a classic ground poles entry. Once again this is Kim's Merelan. 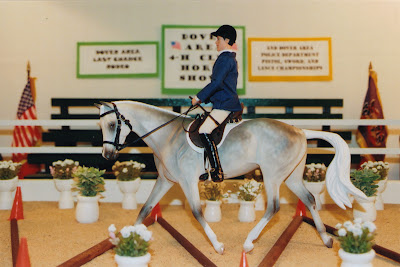 More to come--I hope you're enjoying this as much as I am!
Posted by Braymere at 4:25 PM