Cara and I had a fun time at the National Western Stock Show's draft and mule competition a couple days ago. I went completely camera crazy and took about a million photos, mostly during the three draft classes (Feed Team Race, Eight Horse Draft Hitch, and Heavy Weight Draft Pull). I'll post those pictures along with class information at a later date. Today, however, I'm concentrating on the mule portion of the show. 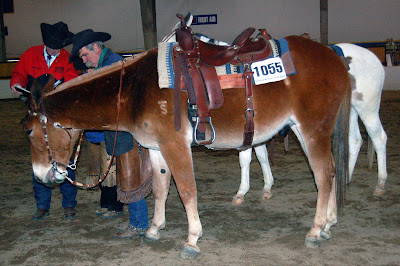 Because the indoor ring at the Events Center is a real challenge for my amateur photography skills, most of these photos were taken in the warm up arena. 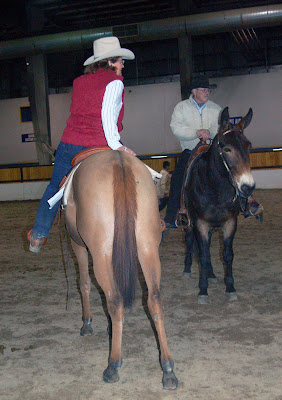 I do not know what association's rules were in effect for this show, but the mule classes we watched were noticeably different than their horsey counterparts. The keyhole race looked like any other keyhole race, and the only difference I could see in the trail class involved the small jump. The mules were asked to canter toward it, slow to a walk a few steps out and then halt directly in front of it. Most walked over but a few jumped.
Some of the mules were turned out like the stock horses I watched earlier in the week. That is, they wore light oil show saddles with lots of silver and one or two eared silver trimmed bridles with split reins. In general these mules were in show coats and some even had full show tails. I'm assuming these were fake--it looks really unnatural to see a mule with a tail brushing the ground! Most of the mules had roached manes but a few had short pulled manes that were trained to lie over to the side. 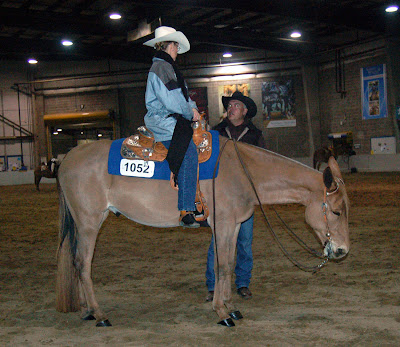 However, there were also a substantial number of mules decked out like this guy. Note the double rigged working saddle and crupper. 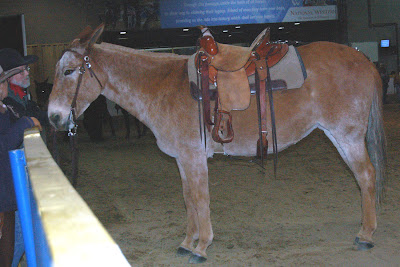 This youth competitor had the most casual turnout of all. He rode in several classes with the saddle bags, Li'l Dude stirrups and halter under the bridle. He's also using an English pelham bit. Definitely not a polished look, but he seemed to have a lot of fun. 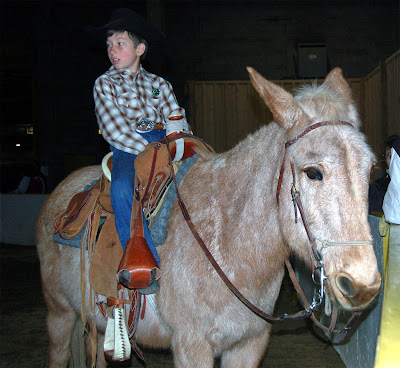 Something else I noticed was a lot of braided rawhide trim bridles. 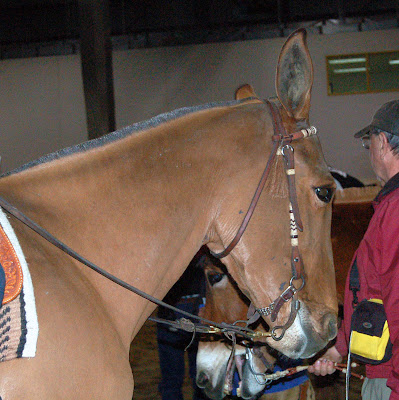 Most of these bridles were browband style and also featured horse hair tassels. 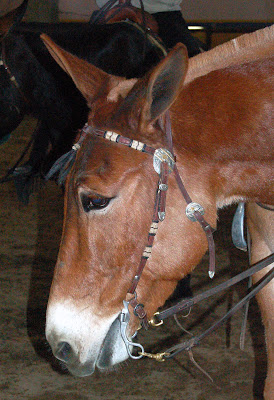 Personally, I find this type of bridle to be very attractive, more so than the bling-y silver bridles. 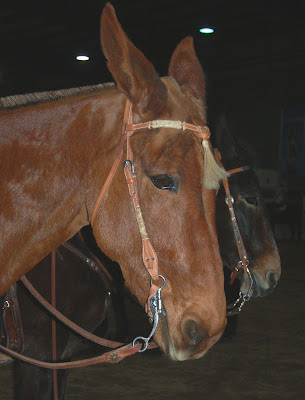 Quite a few mules had their heads clipped. This looked rather odd to me. If you look closely, you can see that he is also clipped along both sides of his crest. 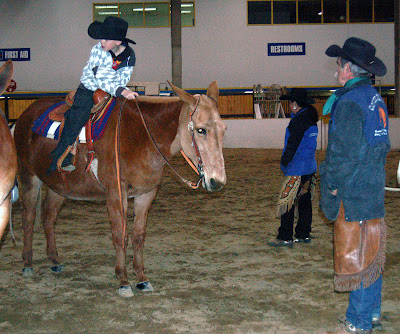 I did take a few pictures of the costume class. About half the class was dressed in a semi-authentic historic manner. This mountain man was the eventual winner. 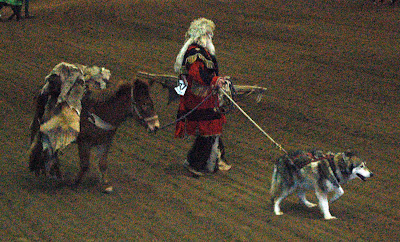 There were also some fanciful entries. This pirate ship was the crowd favorite. You can't see it here, but there was dry ice "smoke" coming out of the cannons. 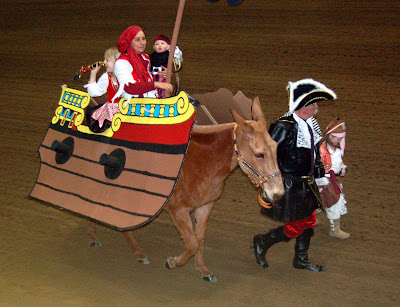 Talk about a tolerant mule! He came in second. 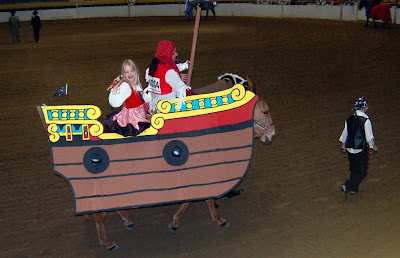 I'm not quite ready to switch allegiances from horses to mules, but I can see why some people do. This was a fun show to watch. There were instances of mule misbehavior, but none that were scary. I really got the sense that the riders and mules were out there having a good time. How often can you say that about a horse show?
Posted by Braymere at 9:27 AM