Like any good horse crazy child of the seventies, I grew up on Marguerite Henry books. My favorites were probably Brighty of the Grand Canyon and San Domingo, but I also had a particular fondness for the first chapter of Sea Star. You remember that one, right? It's the scene where Paul and Maureen dress Misty up in braids and bows. Wesley Dennis captured it perfectly with this painting. 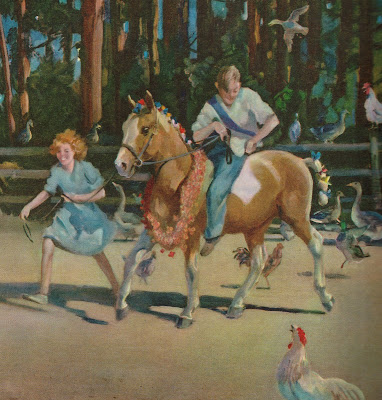 I'm afraid I did much the same thing to the horses and ponies in my life when I was about Paul and Maureen's age. These pictures were taken after one such dress up session. This is my friend Laura and her horse, Tiger. 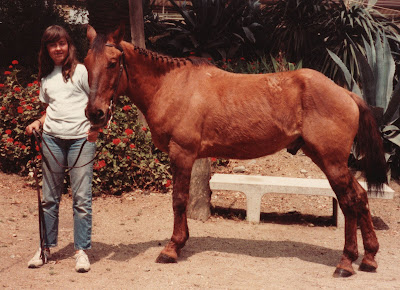 And of course this is Snickers and I. It seems that Laura and I were trying to make them look like hunters on this particular day. Probably we would have had more success if it had not been the middle of winter. Even in sunny Southern California, pasture ponies grow nice, long winter coats! 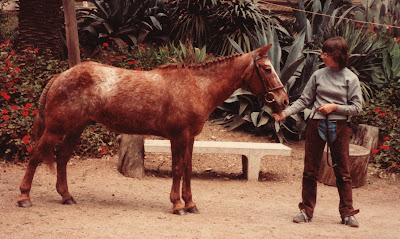 Apparently Snickers was aware of how ridiculous she looked. She always was a very opinionated little pony. 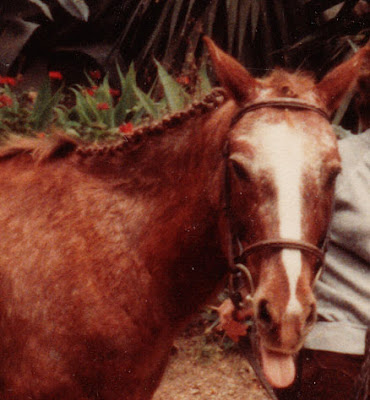 I would like to say that I have outgrown the ponies and bows stage, but that's not entirely true. Several months ago Tiffany sent me this picture of a Netzky resin that she had customized and painted. She offered it to me in trade and even though I do not collect minis, I was sorely tempted. This model is just so darn cute. I feel like a pony loving kid all over again every time I look at her. 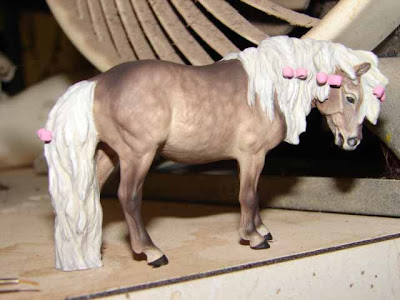 But, I don't collect minis!
So instead of trading for the Netzky, I bought this Eberl Lina resin and I am sending her to Tiffany for the complete bow treatment. I shipped her out today, and already I am so excited, because I know she's going to be completely adorable once Tiffany's done with her. 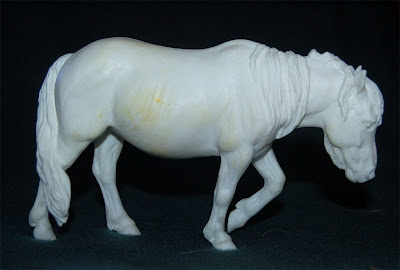 So that's today's pony tale. Back to more adult topics tomorrow!
Posted by Braymere at 11:58 AM