The parade marches on

Don't let yesterday's post fool you. Although I really do enjoy showing my donkey in his street parade get up, I still long to own a full set of silver parade tack. In my perfect fantasy world, that set would be made by either Susan Bensema Young or Darleen Stoddard, both of whose work is truly spectacular. Realistically, it's far more likely that I'll have to make my own.

I did make myself a parade set over a decade ago. I think this was the second saddle I ever made, and it's pretty much a basic Rio Rondo kit saddle with lots of silver embellishments. It's not horrible, but it's not great either. 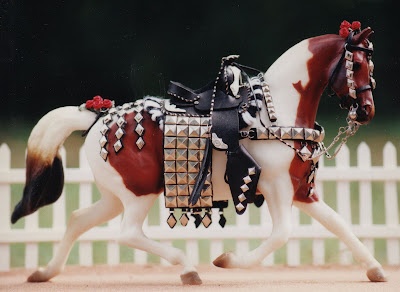 When I moved back to Colorado, that saddle came with me. My friend Sandy saw it in my tack box and offered to buy it. I turned her down. It was obvious to me that she wanted a saddle to take to NAN and I did not think it was NANworthy. Eventually I put it on Haynet Exchange and sold it very cheaply to someone else. I don't think Sandy was too disappointed. She ended up having Terry Newberry make her this beauty instead. Now this is a NAN quality saddle! 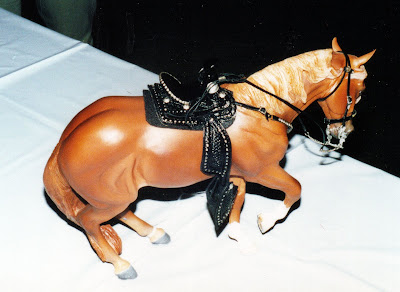 I am fortunate enough to own one of Vicky Norris' signature stitched parade sets. This saddle gives me a second Parade entry, but ya know, I still want a black and silver set. 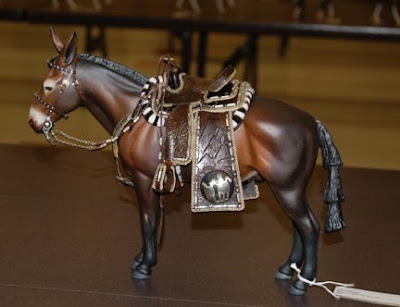 (Just an aside, Balathazar's saddle and breastcollar are made by Vicky but the bridle is by me and the corona pad is by Melody Snow, who is the queen of corona pads--further proof that it's a rare performance entry that features the work of just one artist!) 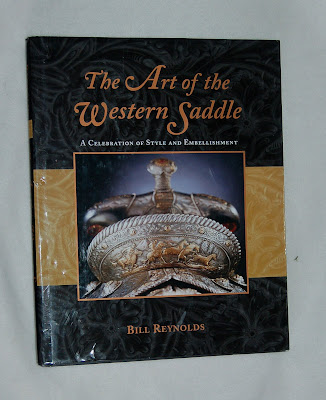 So, maybe after I make all those different kinds of saddles I mentioned in my New Year's resolution post, I'll schedule in a full silver parade set. Not surprisingly, I have the perfect reference book for it. 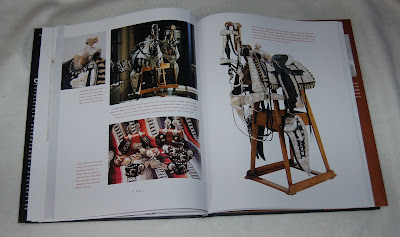 Probably I'm kidding myself. I most likely won't find the time, but you never know. I am hoping to talk Erin Corbett into giving me a lesson on tooling leather while I'm in Portland for the Hearts N Horses show next month. I have a feeling that will inspire me to take on all sorts of new projects--hope so anyway!
Posted by Braymere at 9:06 AM