Today I took my kids and my 15 year old riding buddy, Cara, to the 9th Annual Halloween with Horses festival at the Colorado Horse Park in Parker, Colorado. The weather was absolutely beautiful and we had a really nice time. I took a TON of pictures, many of which will be posted here over the next week or so.

One of the event highlights was the costume competition. First prize is $1,000 so you know that people go all out dressing their horses and themselves for this. 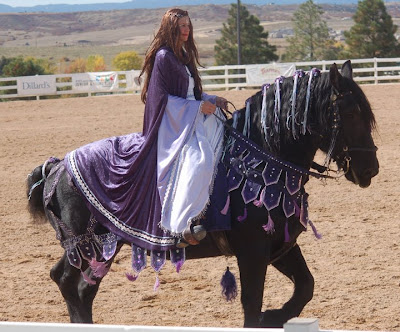 This is a picture of my younger son James watching the first group of costume horses... 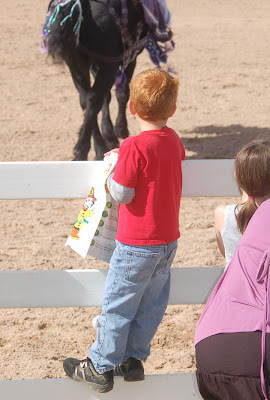 ...And this cute mini foal dressed as a bug was his favorite. 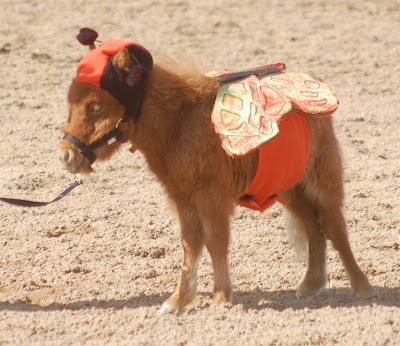 I loved this pair. Note that the ridden horse has two heads 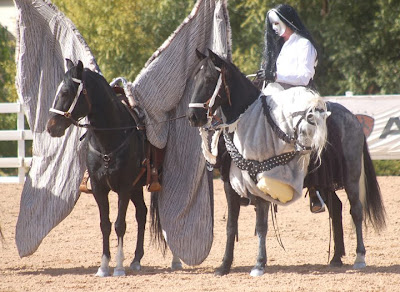 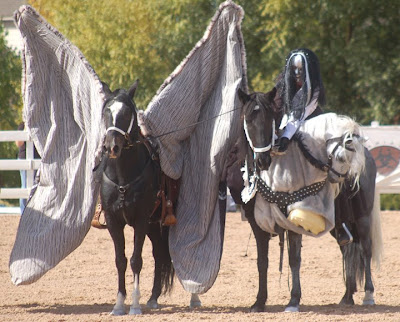 The knight and dragon horses were some kind of pasos. It was neat seeing them gait around the ring. The dragon horse did not appear to be enjoying himself much, though! 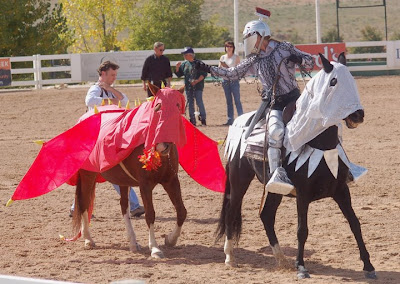 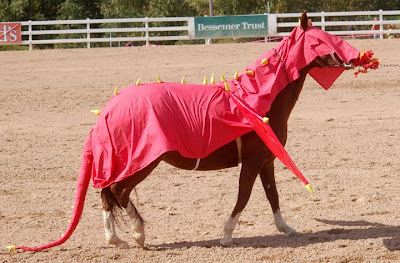 I think this horse was supposed to be a parade float. 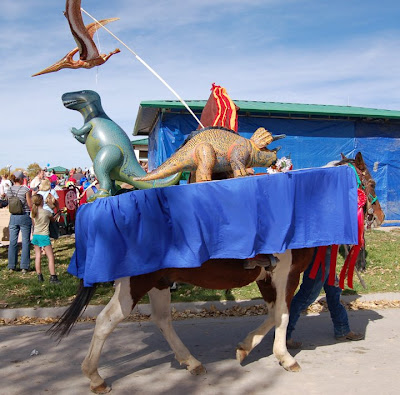 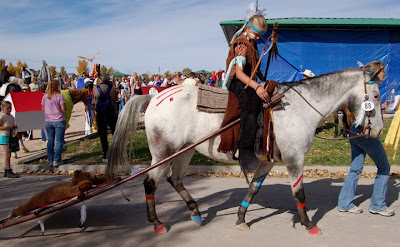 This horse was dressed as a dog house. 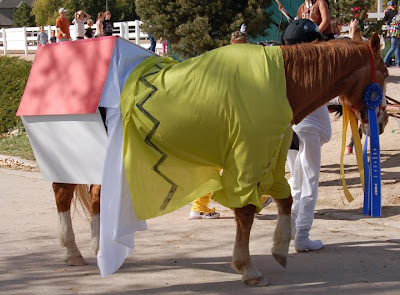 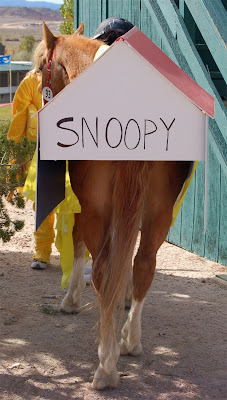 A group of '50's girls with poodle skirts and pom-poms. 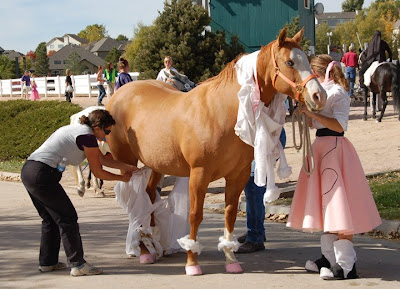 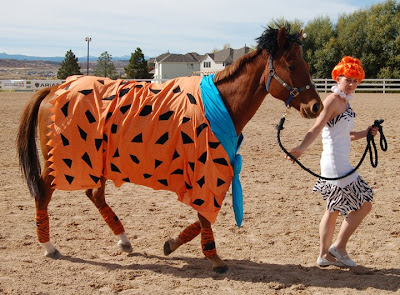 The name of this entry was "A pleasantly plump ballerina". I like the horse's footwear. 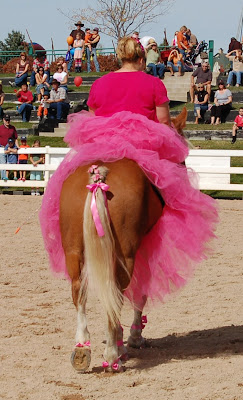 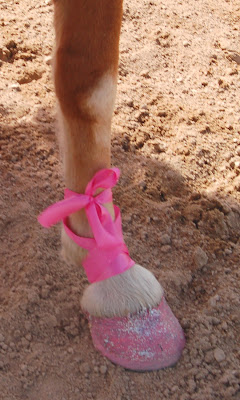 Denver Broncos--it's hard to tell from this picture but the foal is dressed as a football. 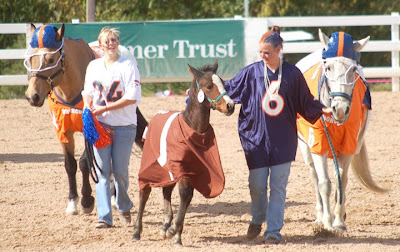 How's that for some creative ideas for your next Live Show costume class entry?
Posted by Braymere at 6:07 PM