I still have not posted all the pictures I took at the Halloween with Horses event in Parker, Colorado a couple weekends ago. I had such a good time that day. Although I've had my digital camera for two years, this was the first time I've really gone out and shot hundreds of pictures in a single day. How freeing to be able to do that without worrying about paying for the film and developing. I was so reluctant to give up my beloved film camera, but if I wasn't a digital convert before, I definitely am now! 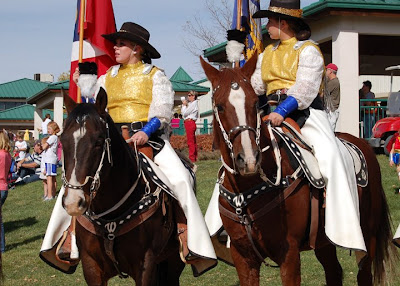 This group of pictures is all of the Westernaires which is a drill team based out of Golden, Colorado. They perform at rodeos throughout the region and I believe all the riders are in their teens. This horse is waiting to enter the arena. 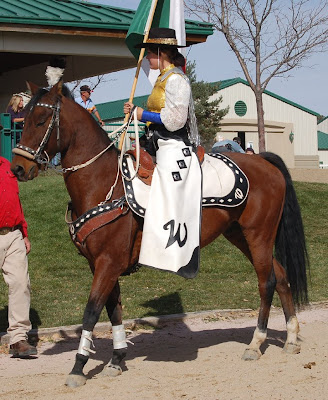 Some horses trotted in. 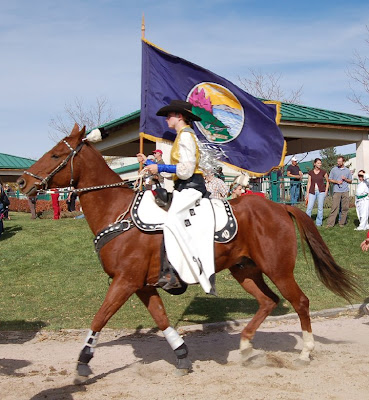 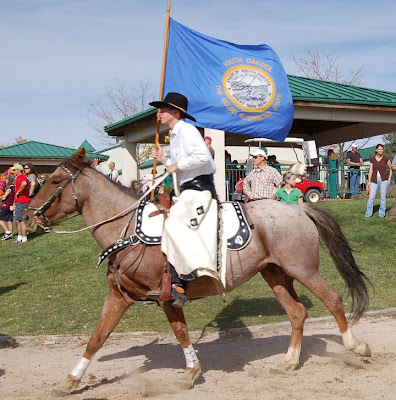 This pretty black horse is carrying the New Mexico state flag. Every state was represented by a horse and rider in this group. 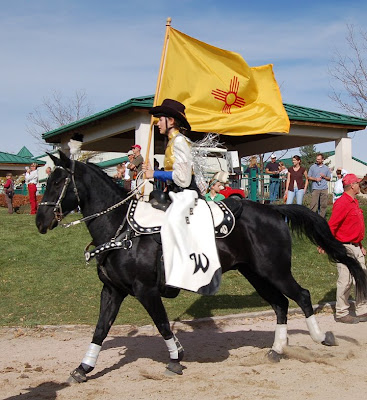 And of course, there was a US flag out there as well. 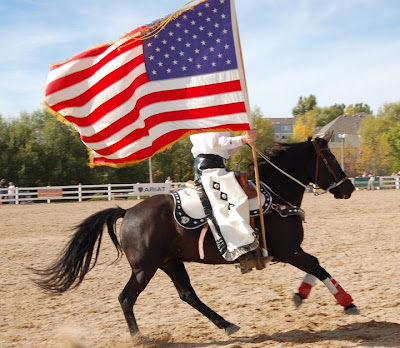 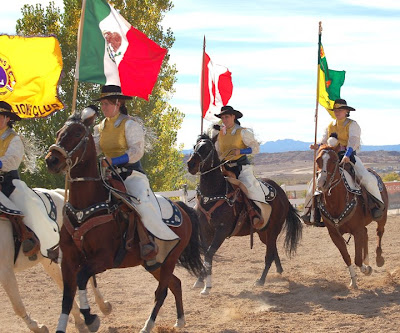 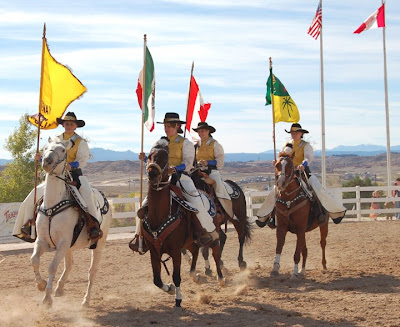 Unfortunately, this horse tried to zip around a corner a bit too quickly and ended up on his side. Ever the tack enthusiast, I was delighted to get a better look at the white saddle cover without a rider on top of it! 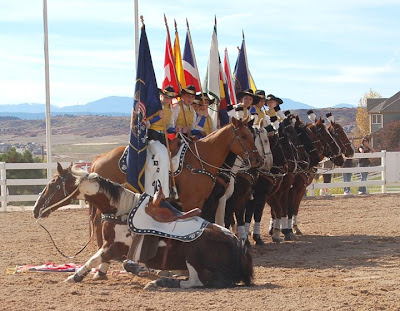 The rider had to be helped out of the ring, but he seemed ok. 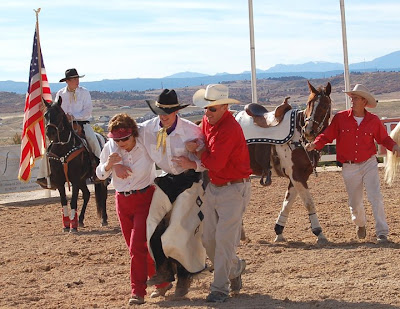 I didn't realize at the time, but my children were traumatized by witnessing this fall. We went from the exhibition ring directly to the pony rides. Both of them did get on the horses willingly, but they each told me afterwards that they spent the whole ride worrying their horses were going to fall over on them! Poor kids. I guess I'm a bad mom, because it never ocurred to me that they would think that.
Alls well that ends well, though. The boys are enjoying fall break this week, so no school at all. I took them to the barn with me today and they had a great time riding a pair of really patient geldings. James even told me that he might consider trading our dog Maggie for a horse like Punky. According to him, Punky would be happy to live in the garage!
Posted by Braymere at 4:05 PM