There are four big wildfires burning in Colorado. The air is heavy and thick with smoke. It's not healthy for man or beast, so instead of riding, I'm cleaning my basement again. And what do you know? I've come across another stash of old horse show ribbons. 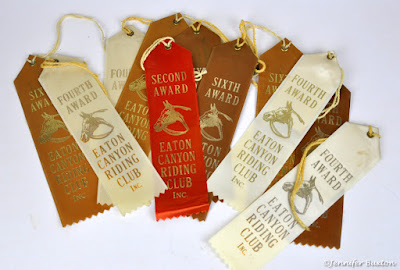 I won these in some of Eaton Canyon Riding Club's less formal schooling shows or "playdays." There are six sixth place ribbons, 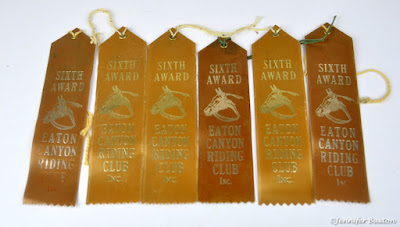 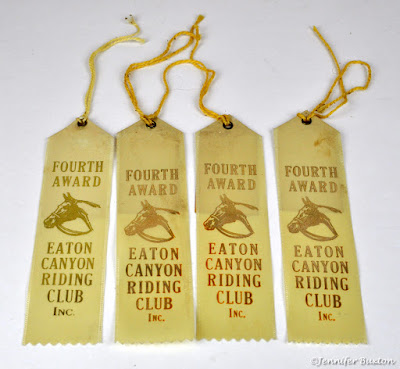 and one glorious second place. 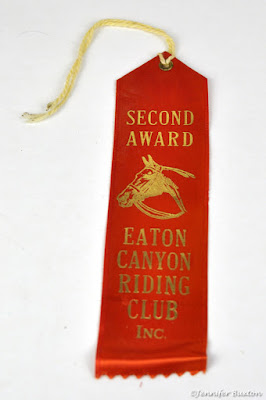 I won this in a "Back Alley Jumping" class on my favorite school horse, Love N Stuff. 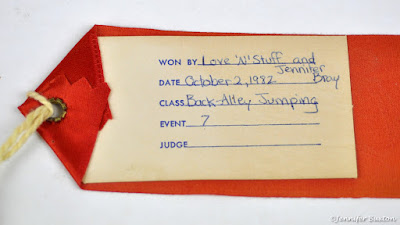 Try as I might, I can not remember what Back Alley Jumping was. Google is no help, so I suspect it was an ECRC invention. Whatever it was, Love N Stuff and I were pretty good at it! 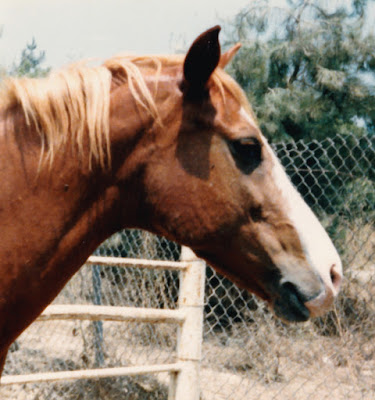 The class lists at the ECRC playdays were a mixed bag. They included a smattering of traditional beginner classes and a whole bunch of ECRC specials. This white ribbon came from a Novice Equitation Over Fences class. 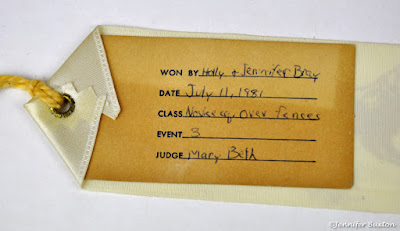 I won it on Holly, who was my third favorite school horse, despite my trainer telling me on numerous occasions that I did not ride her well. 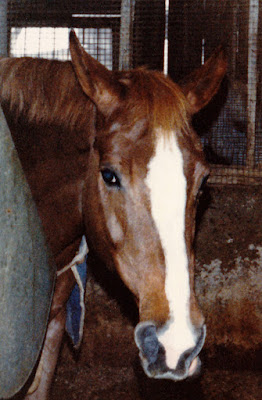 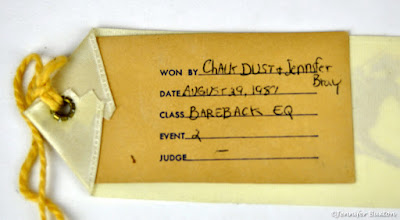 Here's Chalk Dust. She was my second favorite school horse. 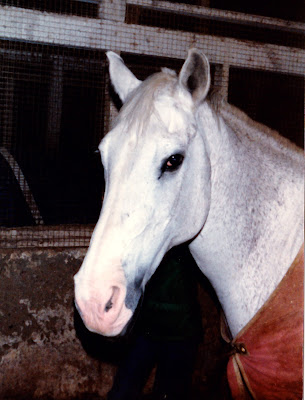 Toilet Paper Pairs was another popular playday event. Most of the riders who owned their own horses signed up in pairs. Lessons kids were matched up at the event. I remember Toni, but I have no idea who Stacy was. 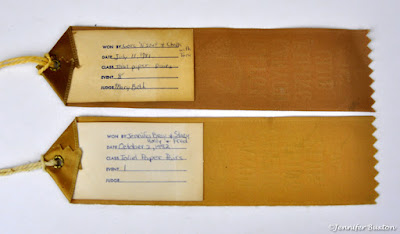 Of course, I do remember her mount, Fred. He was a tall, big headed, bay school horse with a scar on his back from a collision with a car. Although popular among most of the lesson kids, I didn't like riding him and almost never did. This is the only picture I have of him. It was taken during another Toilet Paper Pairs class. I'm the one on the pony! 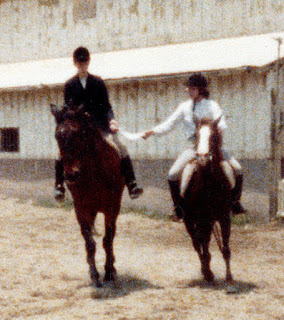 Continuing with the pairs theme, here's a pair of ribbons won in Pairs Jumping classes, which were actually more like hunt team classes. 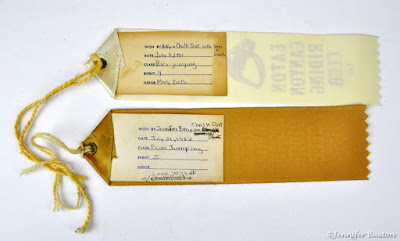 Once again, I was paired with Toni. She was a little older than me and a much better rider. I looked up to her, but the feelings were not mutual. In fact, she was pretty terrible to me, especially after I started riding Cinnamon. Perhaps mercifully, I don't have any pictures of the two of us together, so here's Love N Stuff and me in 1982. 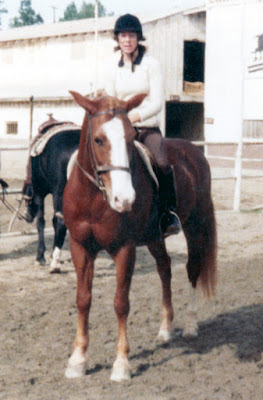 The next two ribbons were won in Roulette Equitation classes. This was a basic walk/trot/canter equitation class, but entrants were required to switch horses partway through. Since I always wanted to ride all the horses! I absolutely loved this class. 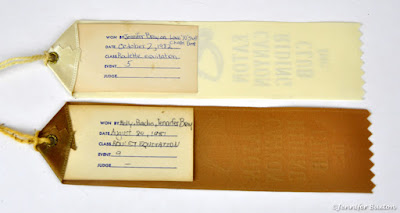 Kids on school horses were mostly switched to other school horses, but at least on one occasion, I was got to ride a non-school horse named Pancho. Here he is with my friend, Amy, who leased him for a couple months one summer. 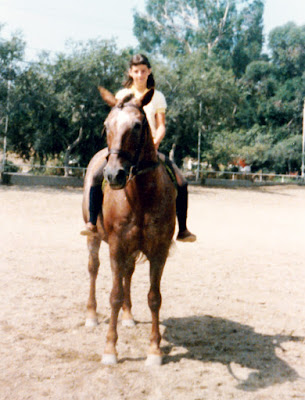 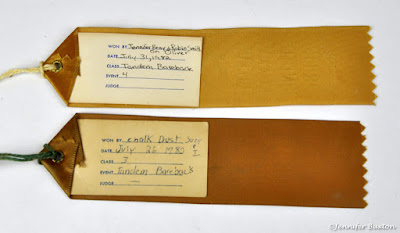 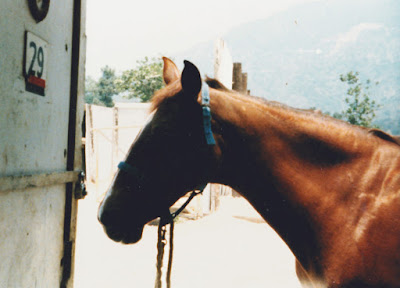 There should be one more ECRC playday ribbon in the pile. I won it on Chalk Dust in a barrel racing class in 1983. I'm not sure why it isn't here, but perhaps I'll find it in the next box I tackle!
Posted by Braymere at 11:26 AM