Although most of our entrants hailed from the United States, there were five foreigners in the show hall, four of whom, hailed from Canada. 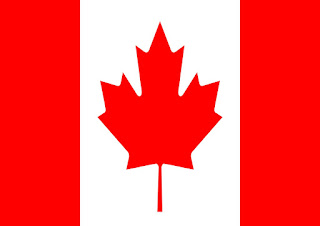 Meredith Conrad came from Alberta and wore sandals with socks both days. 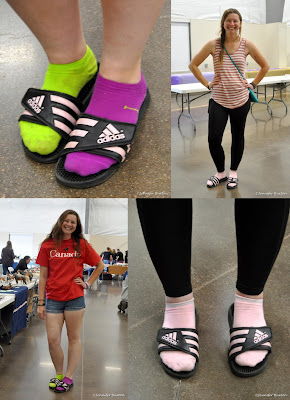 Erica Ferguson and Andrea Brygidyr road tripped from Ontario, bringing with them a herd of proxy ponies belonging to some of their fellow countrywomen. 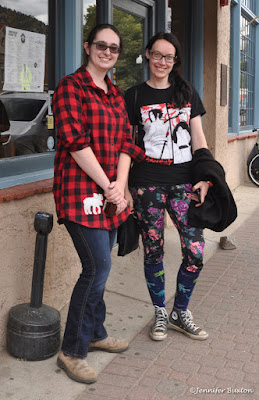 Tammi Palmarchuk drove from Alberta in her vintage milk truck-turned-camper. 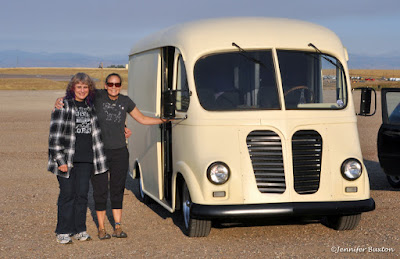 She brought with her the eventual Overall Resin Workmanship Champion and Reserve Champion... 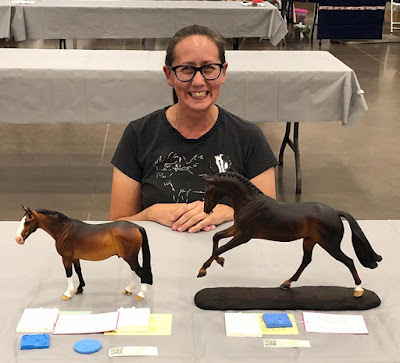 and a whole show hall full of ass slaps. 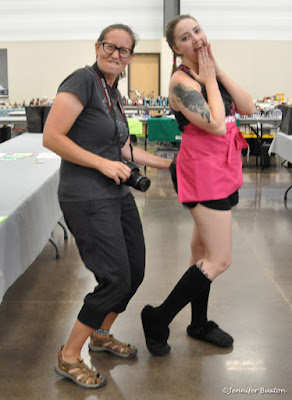 Canadians. What are you going to do?
Europe was also represented.

Anne van der Weel traveled all the way from Utrecht, Netherlands just to attend our show! 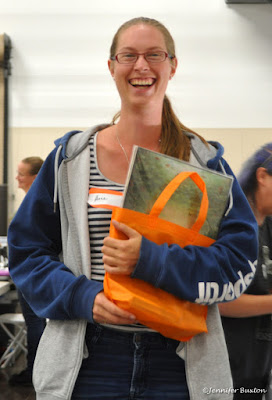 Anne is an accomplished tack maker and was a force to be reckoned with in performance classes, particularly the Sunday divisions. She's shown here with Anne Field's dirty cowboy, who she won in the Jennifer Show Performance class. 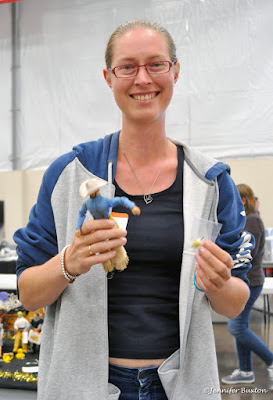 Thank you so much, Meredith, Erica, Andrea, Tammi and Anne for making the Jennifer Show an international event. We loved having you!
Posted by Braymere at 2:01 PM