A couple weeks before the show, Fabian started a thread on the Jennifer Show Facebook page asking people what they were bringing to sell. Jan Stevens mentioned that she had several old North Light models she wanted to re-home. One thing led to another, and these two now belong to me. 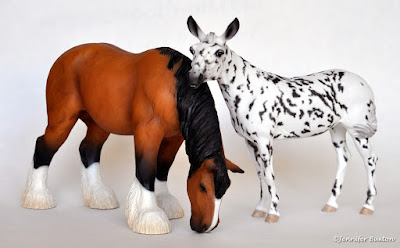 I have wanted this mule for decades. 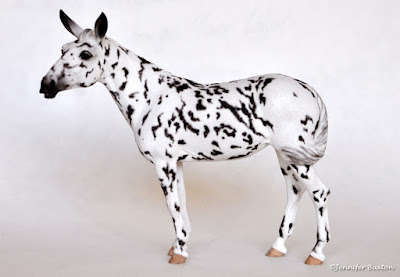 She has the frog eyes that plague many of the North Light sculptures, but that does nothing to diminish her appeal. 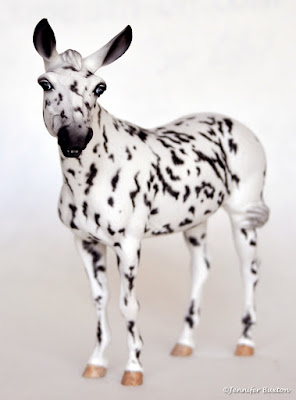 I find her utterly charming. 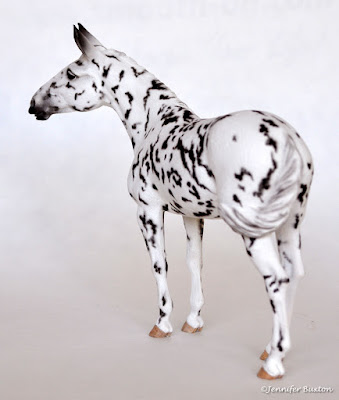 I have a similar soft spot for this big, heavy, doorstop of a draft mare. 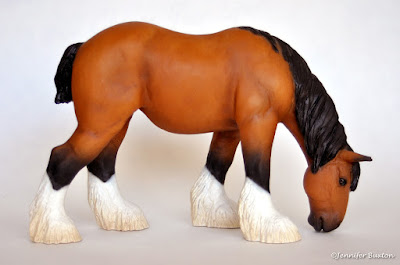 I don't know what it is about these North Lights. They're not perfect sculptures. I see the flaws, but somehow they don't bother me. There's just something about them I find really appealing. 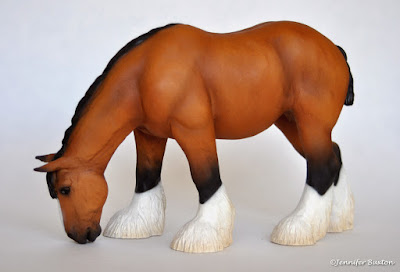 And it's not just me. These girls hung out on the Jennifer Show staff table Saturday, and so many people asked if they were for sale. I have no doubt I could have sold them several times over and probably cleared a nice profit. 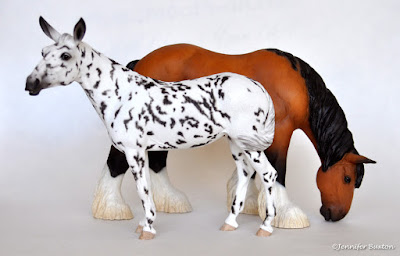