Anne van der Weel traveled from Utrecht, Netherlands to Aurora, Colorado to attend the Jennifer Show.
In addition to her show string, she brought a variety of Dutch treats, including two Bunnetie resins. 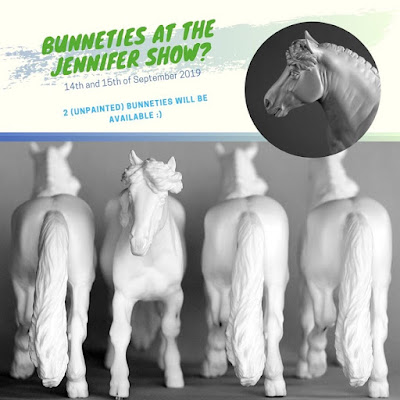 Bunnetie is a 1:9 scale Shetland pony mare sculpted by Netherlands based artist, Anna Dobrowolska-﻿Oczko of Horse and Bird. 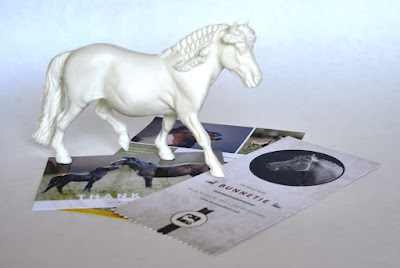 Anna is quickly becoming one of my favorite sculptors, and I've had my eye on this little horse ever since she was released earlier this year. 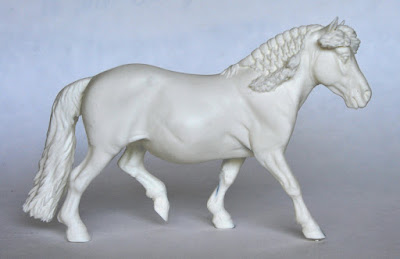 I tried really hard to resist, but Anne was having none of that. Basically, she put this Bunnetie in my hands and forced me to take her home with me. Forced me! 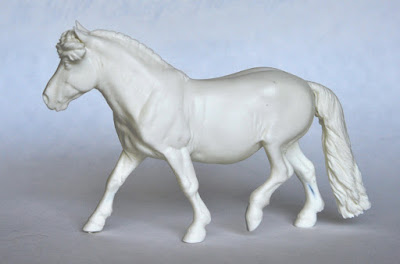 In addition to being ridiculously cute, my new pony is also surprisingly tack friendly. See that forelock? 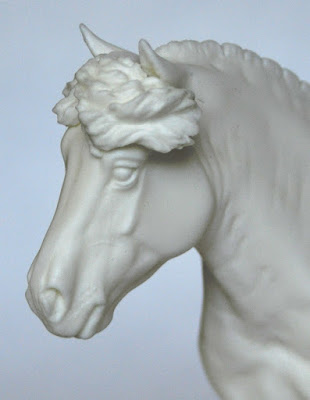 It's attached via a strong magnet. 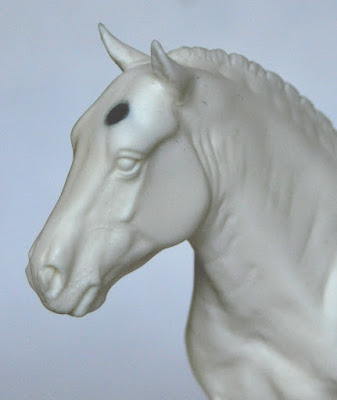 The forelock's underside is cleverly designed to allow passage of a browband. I love this feature so much, and I look forward to someday showing this pony in performance. 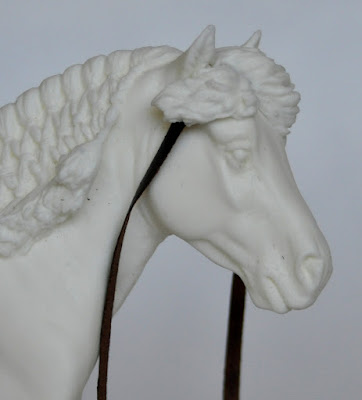 Thank you, Anne and Anna. I'm not supposed to buy unpainted resins, but I have no regrets!
Posted by Braymere at 6:01 PM