My original plan for my ICEE horse was to create a more performance friendly model by tucking her head, twitching an ear, replacing the mane and forelock and making her less wobbly.

I didn't intend to change the tail, mostly because I didn't think it needed it. This tail has good shape, flow and volume. It's fine, right? 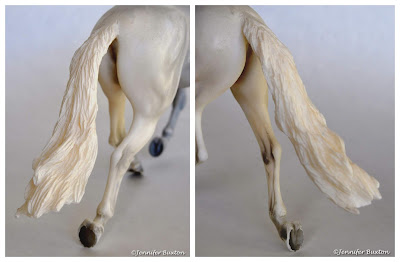 Well, maybe not so much. 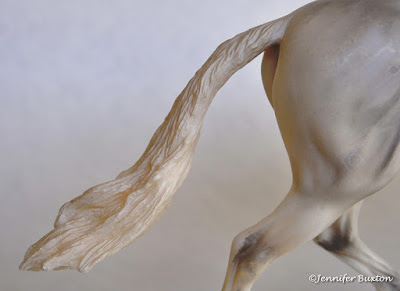 The more I looked at, the choppier and less appealing it became.

After a lot of internal debate, I broke out the dremel. 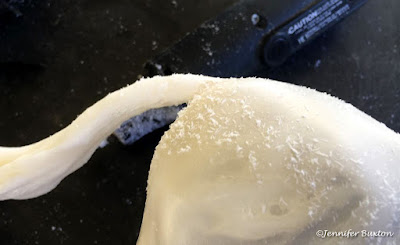 Because I like the basic shape and flow of the this tail, I decided that I would maintain that. Instead of starting from scratch, I'd remove a little bit of the bulk and then resurface the whole thing with epoxy. 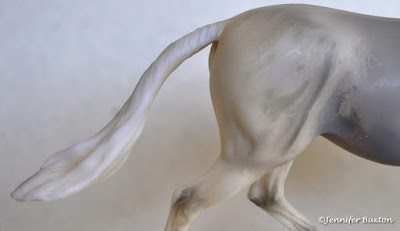 At this point, I was feeling pretty pleased with myself. 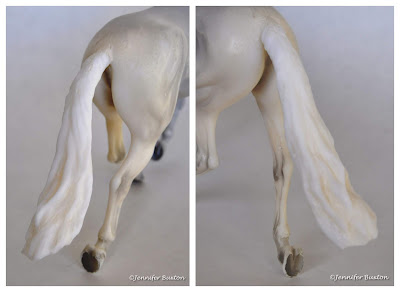 Then I started adding the epoxy. 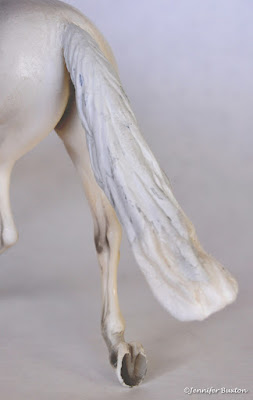 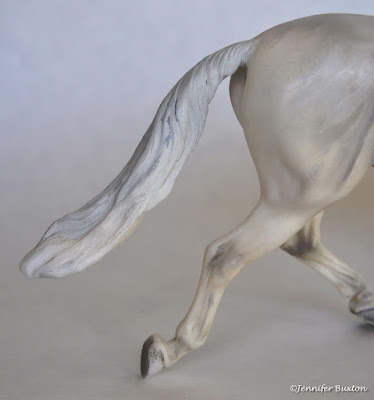 This is not surprising. I haven't sculpted a tail in more than a decade. This is learn as I go, and the going is low. That's okay. I have the time, and I feel relatively certain that if I keep at it, it will look better eventually. Maybe next week, I'll have pictures of a finished tail to share!
Posted by Braymere at 10:38 AM