In the spring of 1991, my friend, Trisha and I went on a road trip to South Dakota. 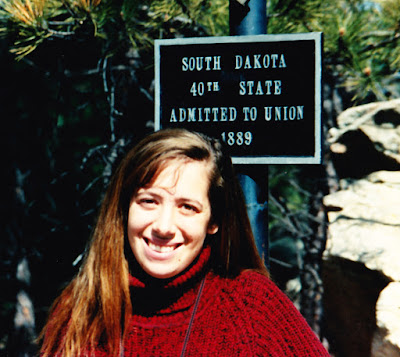 As we drove through the Hot Springs area, we saw a sign for a Wild Horse Sanctuary. We didn't have time to stop then, but we immediately decided we would stop by on our way home. 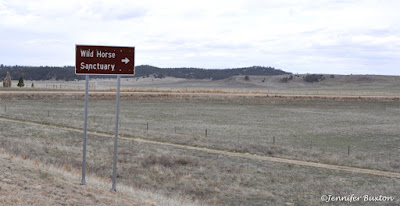 So, that's what we did. We exited the highway and followed the signs down a dirt road and over a cattle guard. There was no visitor center back then and no visible horses. The mustang sanctuary looked like nothing more than a private residence with an all school bus parked in front. 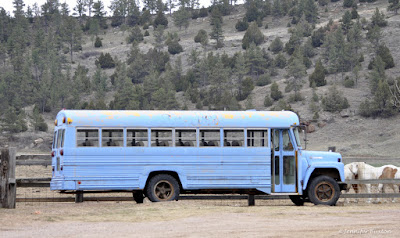 Probably, we should have made a reservation, but it was 1991. We didn't have cell phones or internet, so we just showed up and knocked on author, cowboy and Black Hills Wild Horse Sanctuary Founder, Dayton O. Hyde's door. 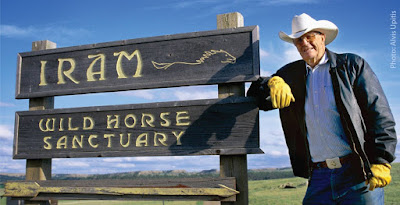 I don't think he was particularly happy to see us, but after a short conversation, he offered to let us go with him to throw hay to the horses. We climbed into the school bus and headed straight up the mountain. 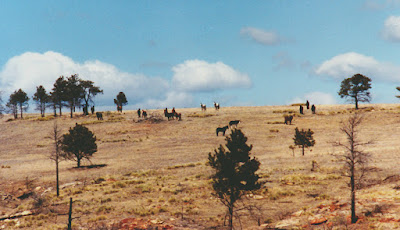 It took a while to find the horses... 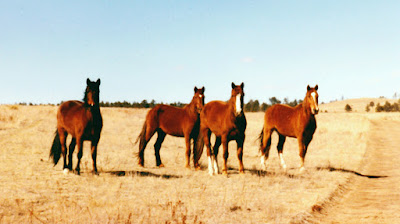 but then they were everywhere. 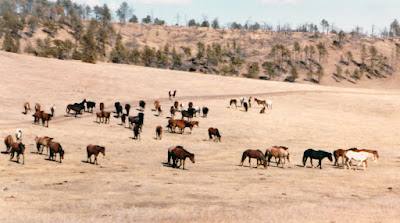 By this time, Mr. Hyde had really warmed up to us. As the horses gathered together, he leaned over to me and said, "Get your camera ready. This is going to be really special." 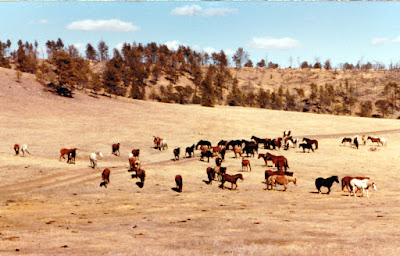 As if on cue, the horses took off at a gallop. I snapped one picture, and then I ran out of film. 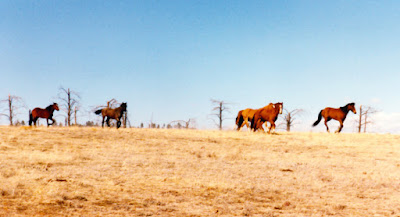 That was the one disappointing note in an otherwise spectacular day. As we drove away from the Sanctuary, I told Trish that I would have to go back again, and this time with at least a dozen rolls of film.
Posted by Braymere at 10:18 AM