Two Thursdays ago, Carol and I woke in the predawn light, got in the car and headed north for South Dakota.

Our drive took us through Wyoming, where both the roads... 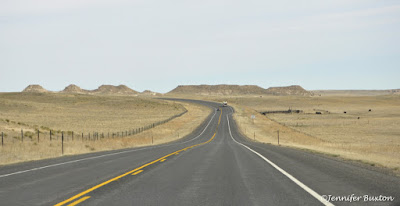 and the towns are empty. 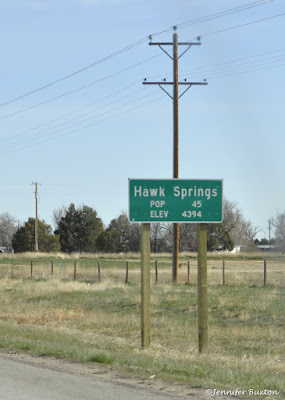 Carol saw this as license to drive really fast. So fast, in fact, we blew right over the South Dakota border before I could take a picture of the sign. 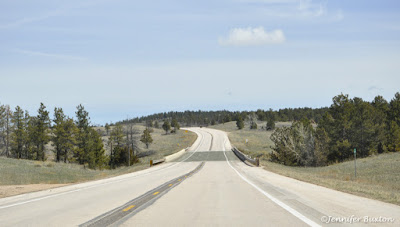 I was annoyed. Carol offered to double back so I could try again, but that seemed silly. Instead I made her pull over at the next point of interest. 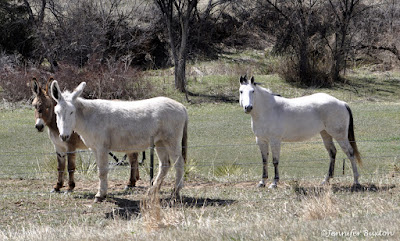 I took a selfie with the donkeys, and this, rather than the sign, became our official "welcome to South Dakota" photo. 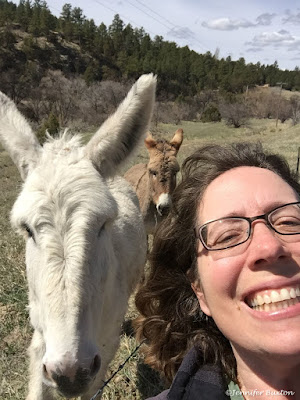 I got back in the car, and Carol went right back to speeding.

"You know," I told her. "If you get pulled over, I'm not paying for the ticket."

She laughed and stepped on the accelerator. 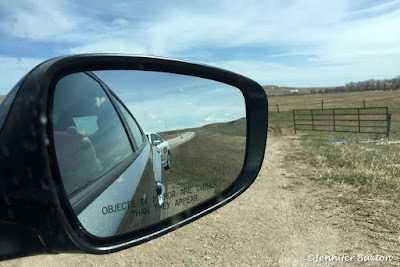 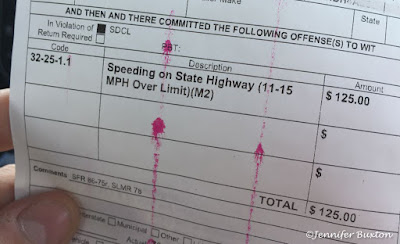 After that, we slowed down a little. We drove through Hot Springs and Rapid City and followed the signs... 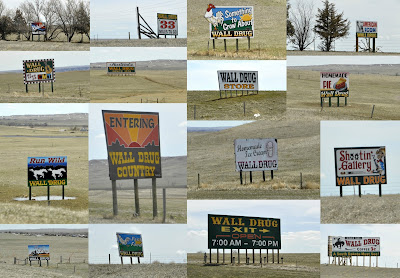 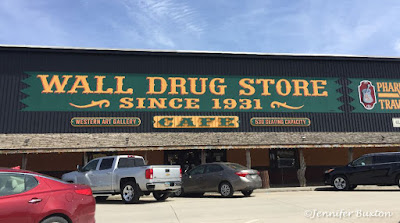 We had lunch with my friend, Jean, and then the three of us drove together to Badlands National Park. 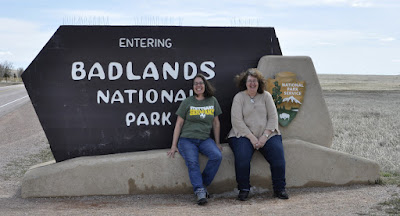 We drove a loop through the park... 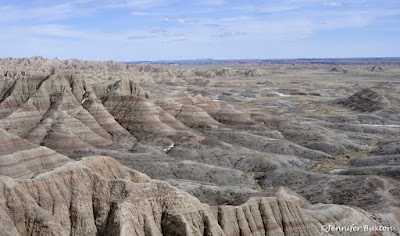 and it was even more amazing than I'd remembered. 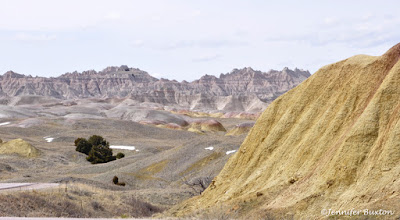 Carol drove slowly so we could admire the scenery... 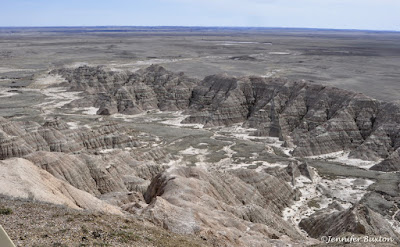 and we made frequent photo stops. 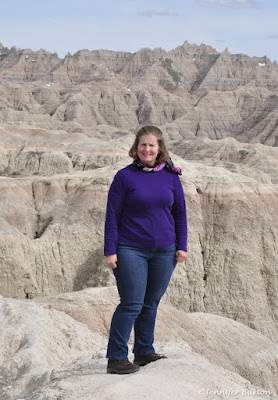 Along the way, we found two flocks... 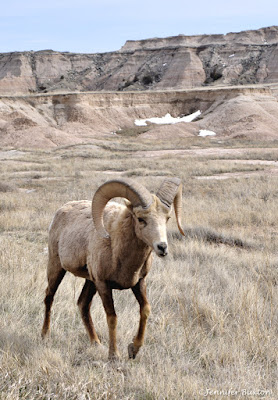 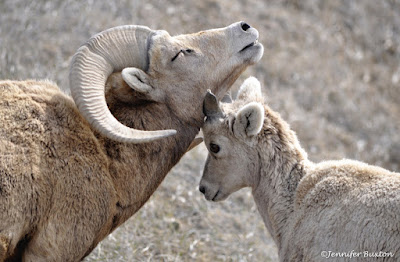 and a herd of deer. 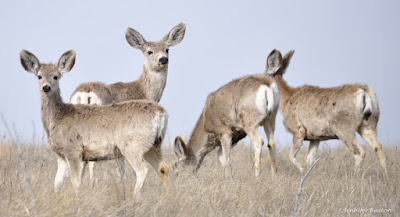 After our tour of the park, we drove back to Wall Drug so that Jean could pick up her car. Then we followed her back to her family farm. 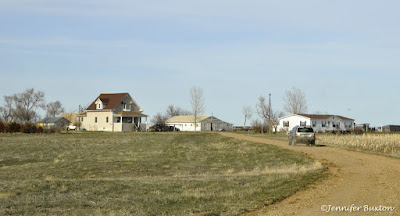 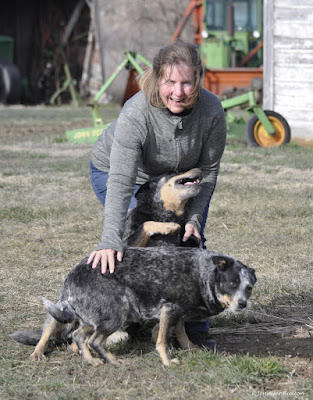 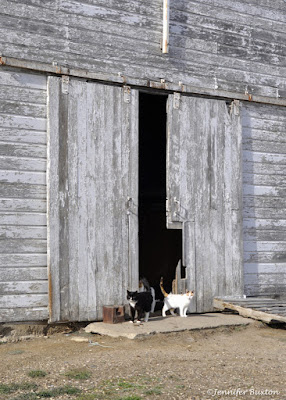 and about a whole bunch of cows... 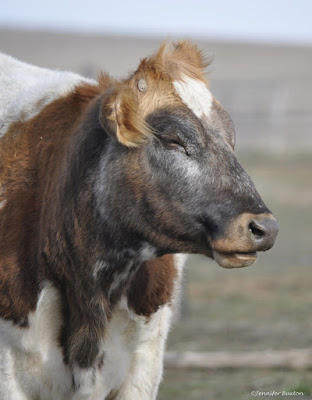 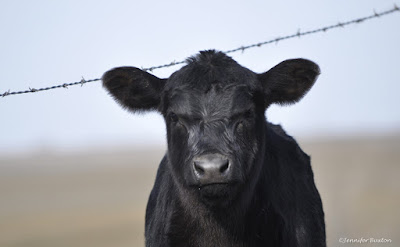 Coincidentally, now I want a longhorn. 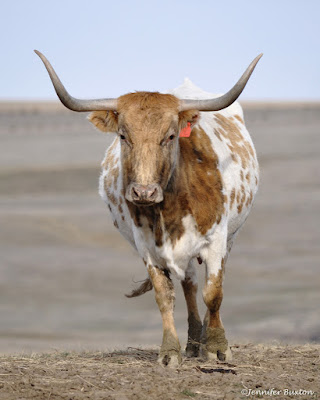 Then we went inside so I could ogle Jean's model horse collection. 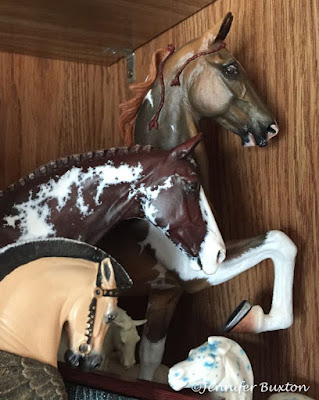 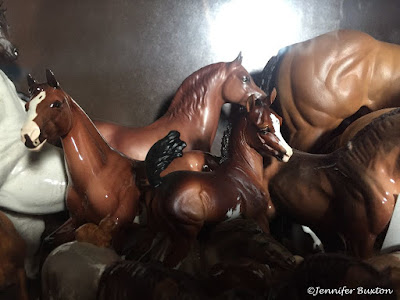 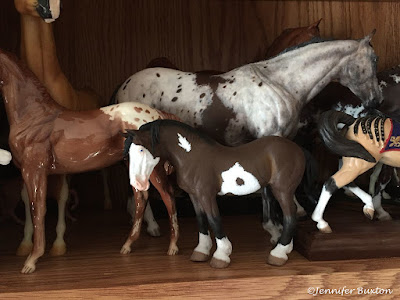 Thank you so much for the hospitality, Jean. Let's not let another twenty seven years pass before we do it again! 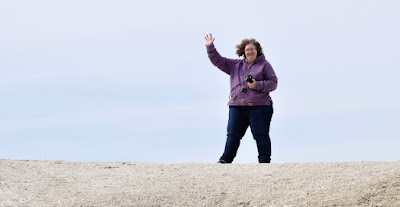 Our road trip was off to a great start, and the best was yet to come!
Posted by Braymere at 5:18 PM