A couple days ago, Kirsten Wellman wrote a great post on the topics of collecting, grandmothers and Hagen Renaker horses. It reminded me of a post I started - but never finished - after I helped my friend, Trisha photograph and catalog her model horse collection back in December 2015. I've finally finished that post now. Better late than never, right?

Most of the China horses in Trisha's collection came from her grandmother, Marie Welch. 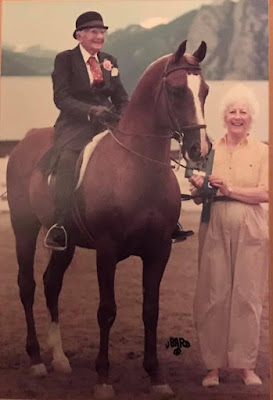 Trisha writes: Marie was born in 1910. She grew up with horses, using them on the ranch/farm. She had several paints, and she trained them to be trick horses. She jumped them and did Roman riding, standing up between them with one foot on each horse's back. She never tied their bridles together... she told me once that was cheating! She also raced her horses at the county fair against the boys and their horses, and she won money every time. 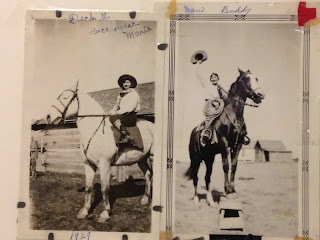 When she was a child, she saw the pictures in the Veterinary Manual of the two Arabians given to Ulysses S. Grant (Leopard and Linden Tree). She thought they were the most beautiful horses she had ever seen.  She was determined to have an Arabian, and in 1949, she got her first Arabian mare (Tifla) from S. Watts Smyth in Bighorn, Wyoming. She participated in the first US National Championships, competing Tifla's son, Hatar, and winning a Top Ten award. The trophy was a plaque with one of the horse's shoes on it.  Hatar was barefoot, so they had to get a shoe from the farrier! 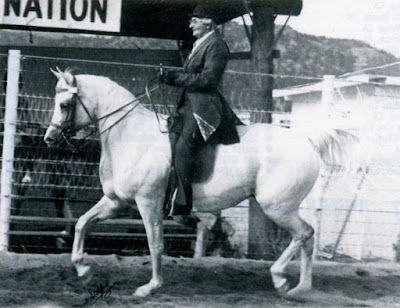 My grandma continued to ride and show until she was eighty five years old. 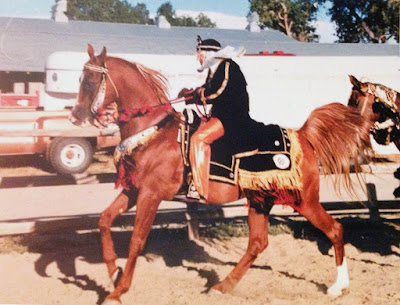 In fact, she won a championship at the National Western Stock Show on her eighty fifth birthday! She was an icon at the Arabian shows in the area. 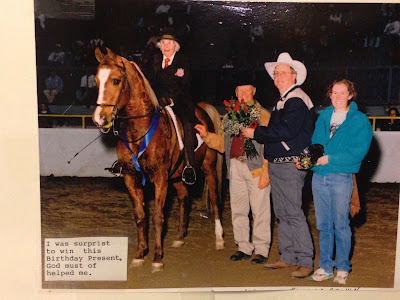 Although Grandma didn't call herself a model horse collector, she amassed a pretty fancy collection of models over the years. 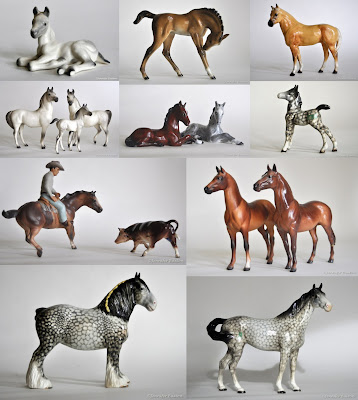 Most of these were given to her by friends and family, who knew her passion for horses.  She often marked the name of the gifter on her horses' bellies. 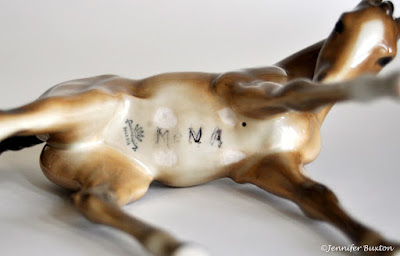 She didn't just collect horses, she also painted them and made tack. 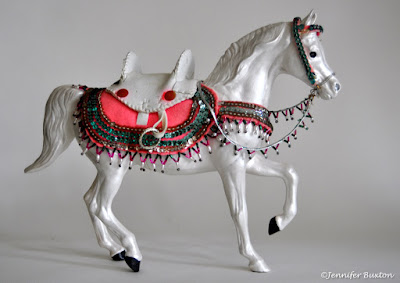 We have a harness for a four-horse hitch that she made, plus several Arabian costumes... obviously she didn't get enough horses in real life! 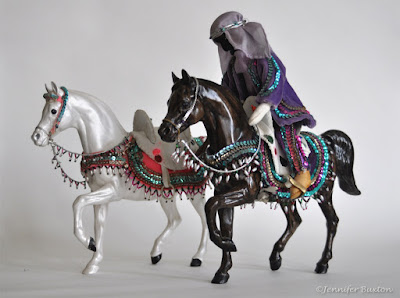 This costume includes a doll whose head was carved from an apple! 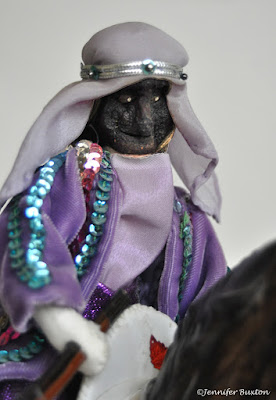 A few of Marie's horses have found their way into my own collection. This is Charmgirl... 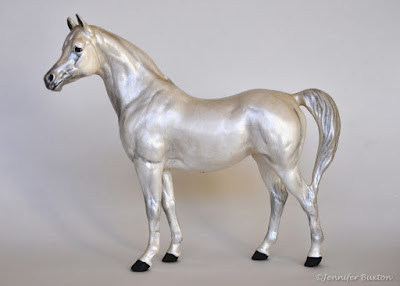 and Sakrcharm. They are ceramic Hagen Renaker knock-offs that were finished by Marie as portraits of her real Arabians. 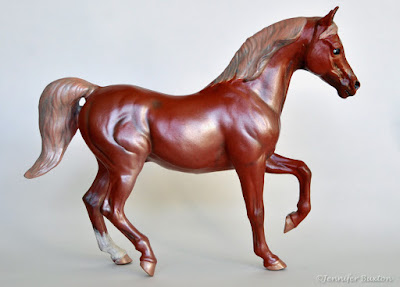 I also bought Marie's Hagen Renaker Adelaide. As a donkey lover, I'd always wanted one of these, but I am especially happy to have this particular one. As Kirsten says: I  very much enjoy hearing and reading the stories that come with our models---where they were found or purchased, the serendipitous events that brought a collector to the right place at the right time, or stories of cherished gifts from family or friends. 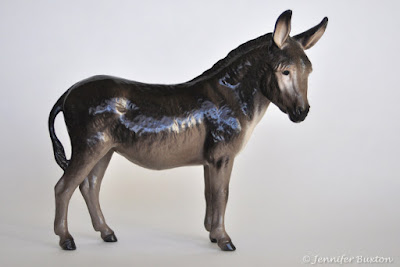 Thank you, Trisha (and Donna!) for sharing your stories of Marie and her models. I will treasure Charmgirl, Sakrcharm and Annika even more because of them!
Posted by Braymere at 12:01 PM