I'm not a dressage rider. Oh, I've taken lessons here and there. I even spent a little time as a working student at a dressage stable in high school. Still, I am a hunter girl at heart.

My friend Trish is the exact opposite. She'll shorten up her stirrups every now and then and go pop over a few jumps, but mostly she's all about dressage.

We both live in Colorado now, but back in 1994 we were busy chasing our equestrian dreams in other parts of the country. I was doing the Hunter/Jumper thing in Tennessee and she was working at Jessica Ransehousen's Blue Hill Farm in Unionville, Pennsylvania. I missed my friend and wanted to see her new workplace, so as soon as I got some vacation time, I packed my car and headed north. 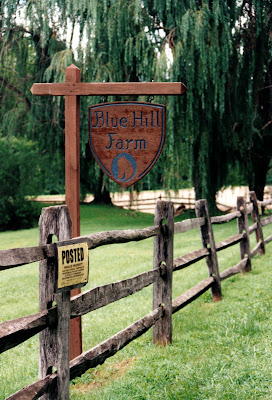 Jessica is a three time Olympic dressage rider. This picture shows Trish holding Orpheus, who was Jessica's partner at the 1988 Games in Seoul, South Korea where he was second highest scoring US horse. 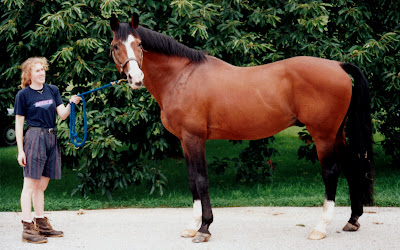 Orpheus was also the USDF Grand Prix Horse of the Year in 1988. Trish called him "Snorty." 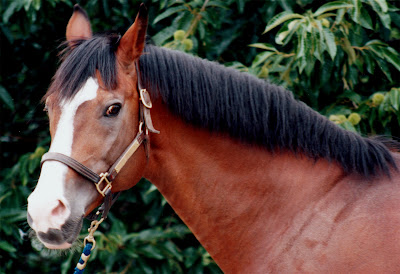 Jessica's daughter, Missy, is also a prominent equestrian. Here she is on Pacific Lion who would be her mount for the Buenos Aires Pan Am Games in 1995. They won a team silver medal and placed fifth individually. 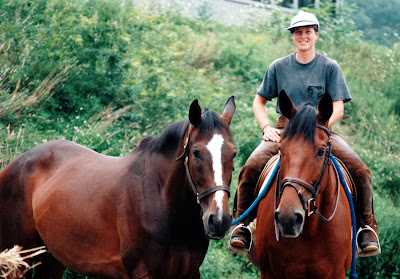 Missy has also gone on to serve as the coach for the US Paralympic Equestrian Team at The 2000 Sydney Games, the 2004 Athens Games and the 2008 Bei Jing Games. 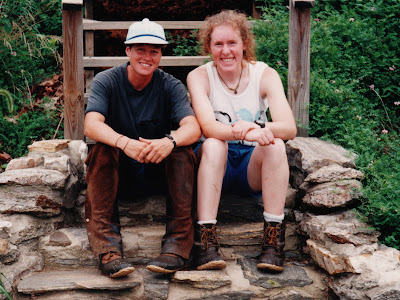 There were a lot of cool horses living at Blue Hill in 1994, and this young Dutch Warmblood was one of my favorites. Infinity was sired by the famous stallion Roemer and eventually competed at the FEI levels with Todd Flettrich. 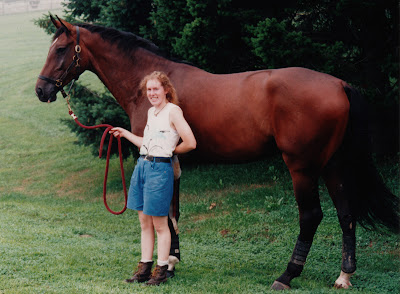 Trish called him "Infant" which cracked me up. It seemed like a funny nickname for such a big horse! 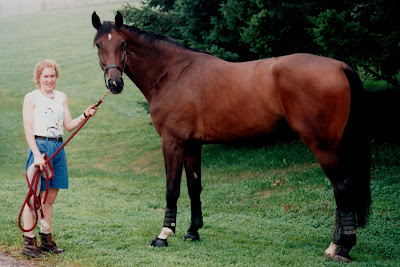 A very young Abbie accompanied me on this trip. Here she is being introduced to Crystal and Zee. 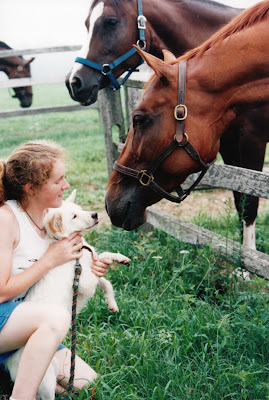 Trish wasn't able to take the entire week off, so I spent several days tagging along after her... 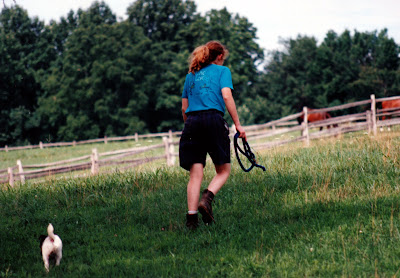 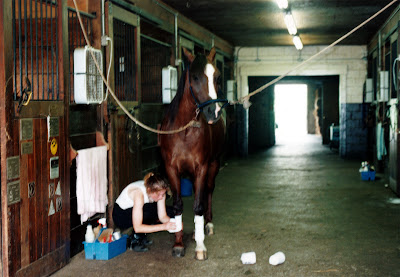 I also spent a lot of time wandering around and trying to take artsy pictures. 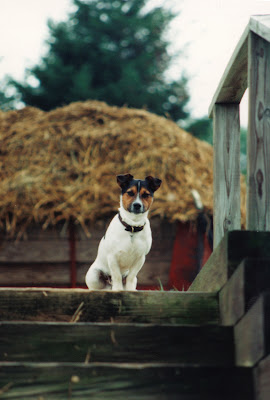 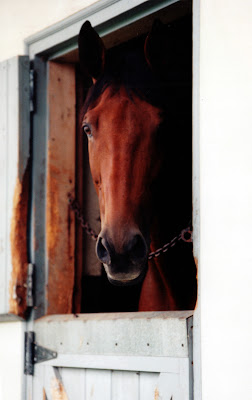 And of course I watched all the riding I could! 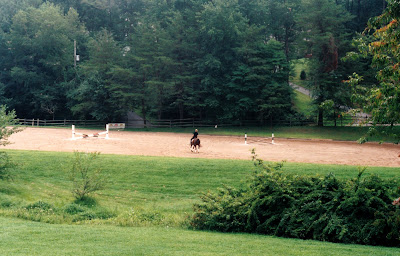 This is Trish on her beloved dressage Arab, Zhrat al-Shara (Zee). Trish and Zee travelled thousands of miles together, literally showing from coast to coast. Zee died in 2008 and is still greatly missed. 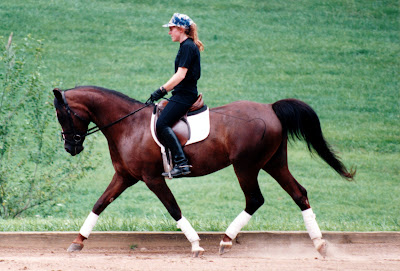 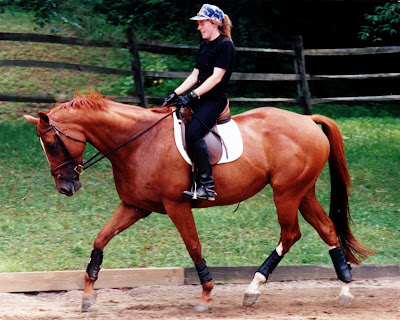 Abbie watching Trish schooling Crystal. Doesn't she look like she's trying to absorb the subtleties of dressage? What a smart dog! 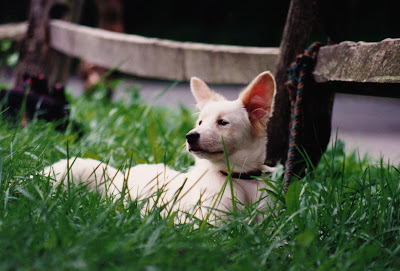 I did get to ride, too, but have only this one silly picture to show for it. 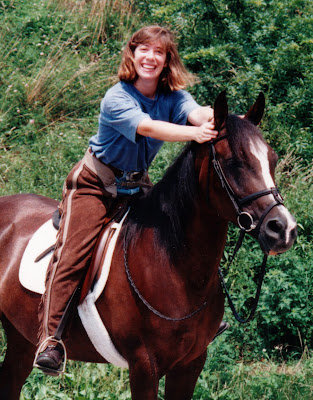 This is such a classic pose! I think every rider probably has an "ears up!" picture like this. Here's the unmounted version with Trish and Crystal. 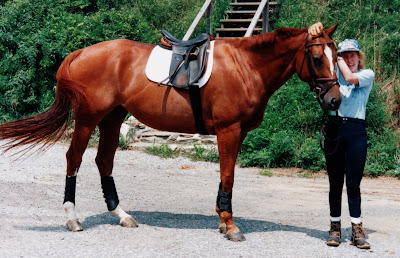 Trish and Crystal heading out into the woods. I loved the trails in Pennsylvania--so completely different than what I was used to in California and Colorado! 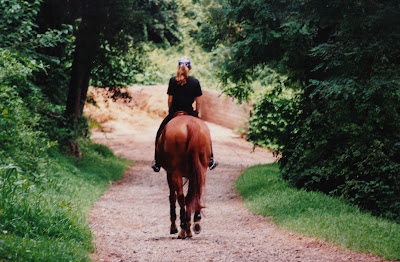 More pictues (not all horse related) from this trip on can be found here and here on my family blog.
Posted by Braymere at 8:44 AM

Labels: my dogs, my horse life