One of my favorite yearly traditions is attending the Rocky Mountain Horse Expo with a group of hobby friends. We planned to do it again this year, but scheduling conflicts proved insurmountable. I was debating whether or not to go at all when James offered to accompany me.

"You might be bored," I warned him. "I'm want to go to the trade show and watch the entertainment. We'll be there at least a few hours." 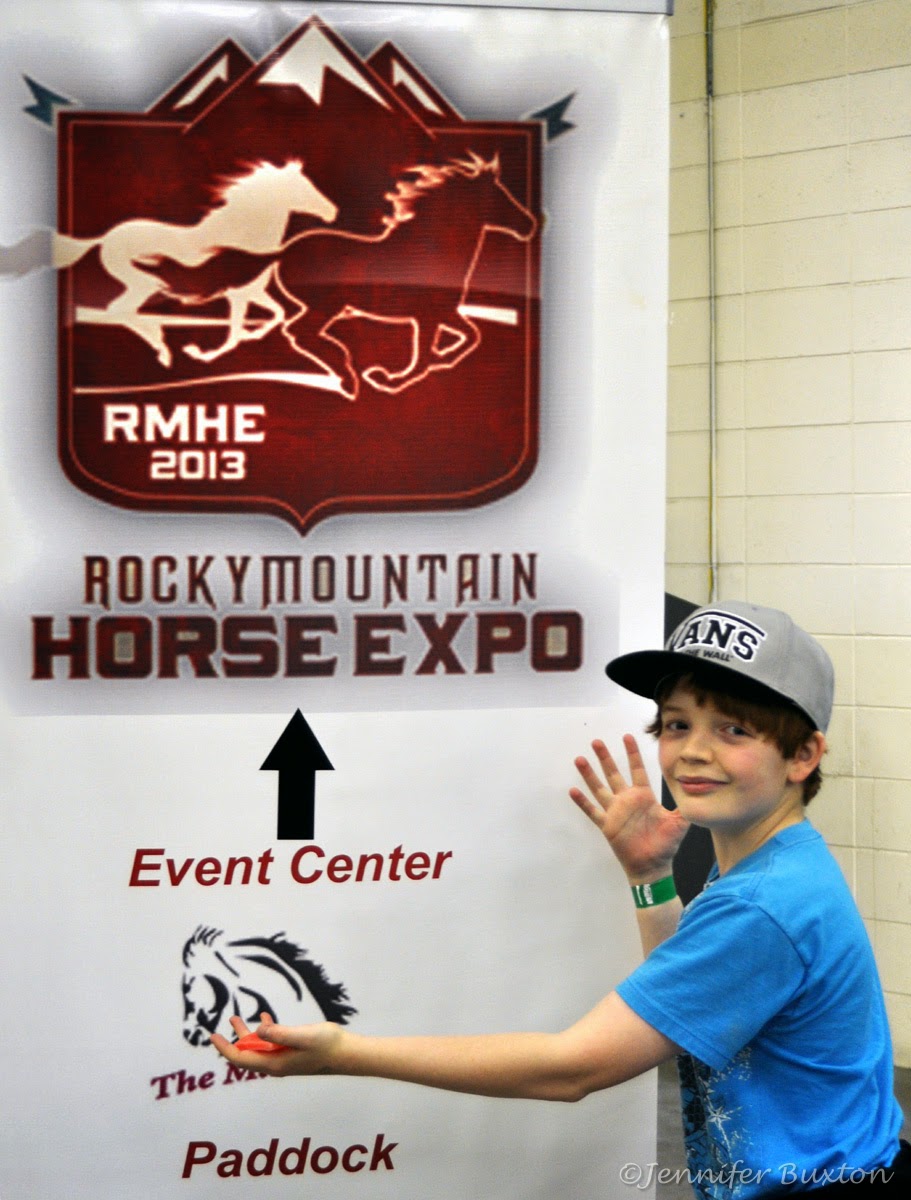 We walked around the trade show first, I did all the things I always do, including looking at tack, 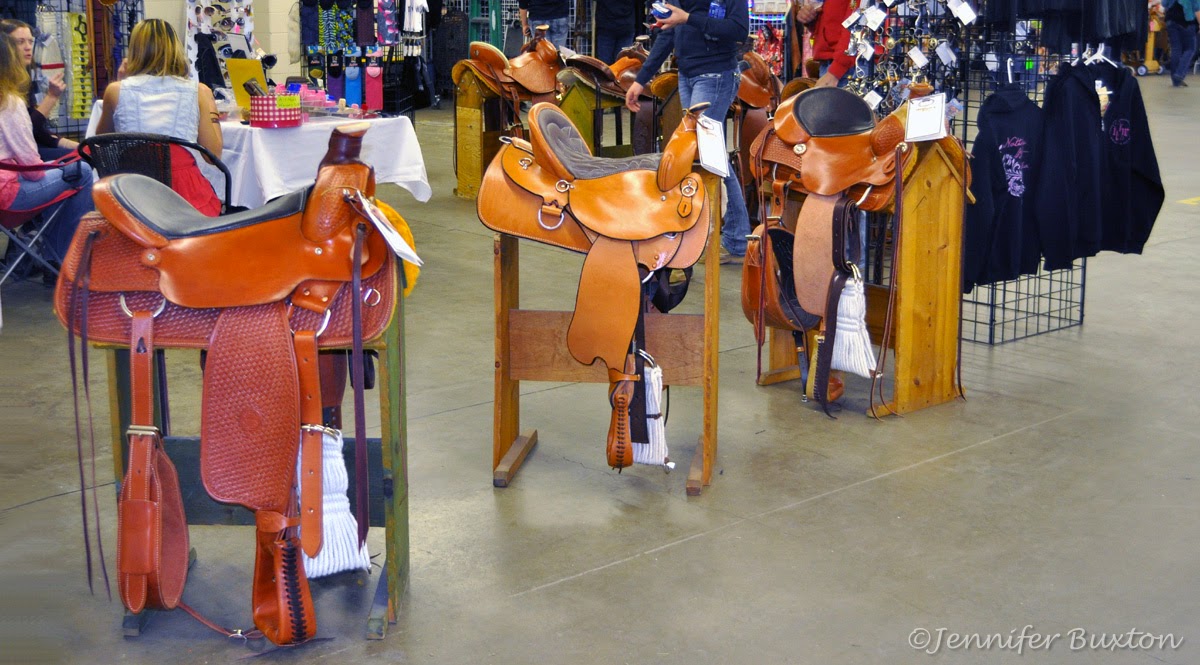 oohing and ahing over the carriages... 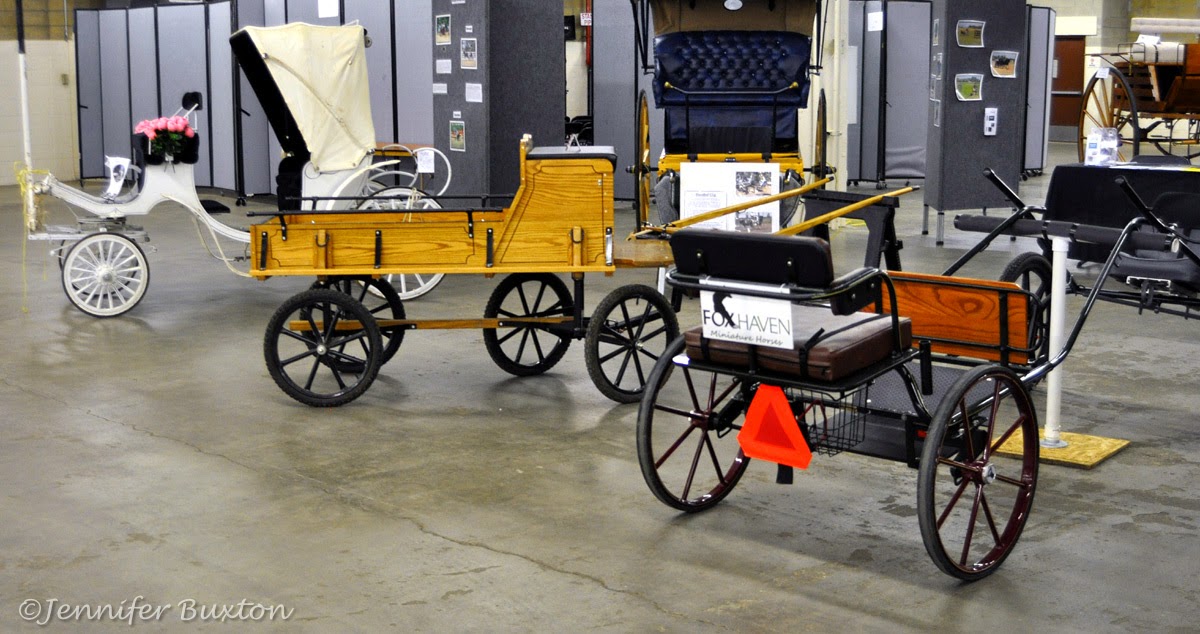 and petting the minis. 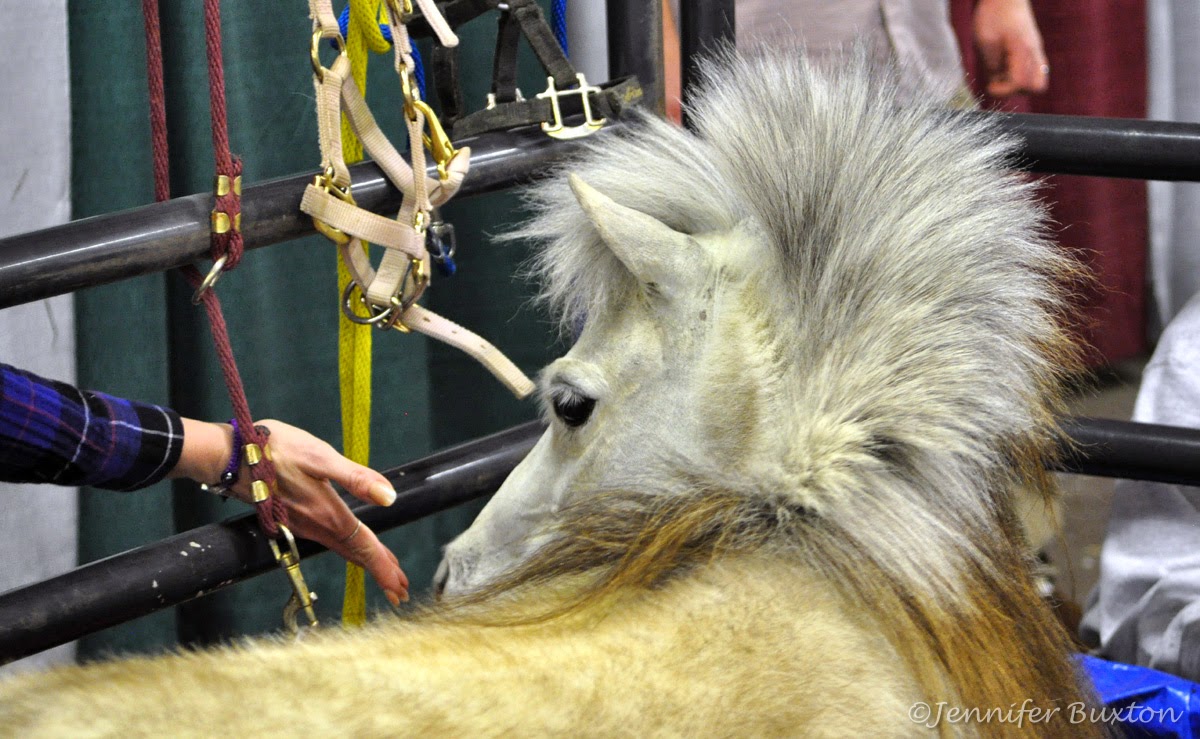 Because I was with James, I also did some things I don't usually do, such as driving the tractors, 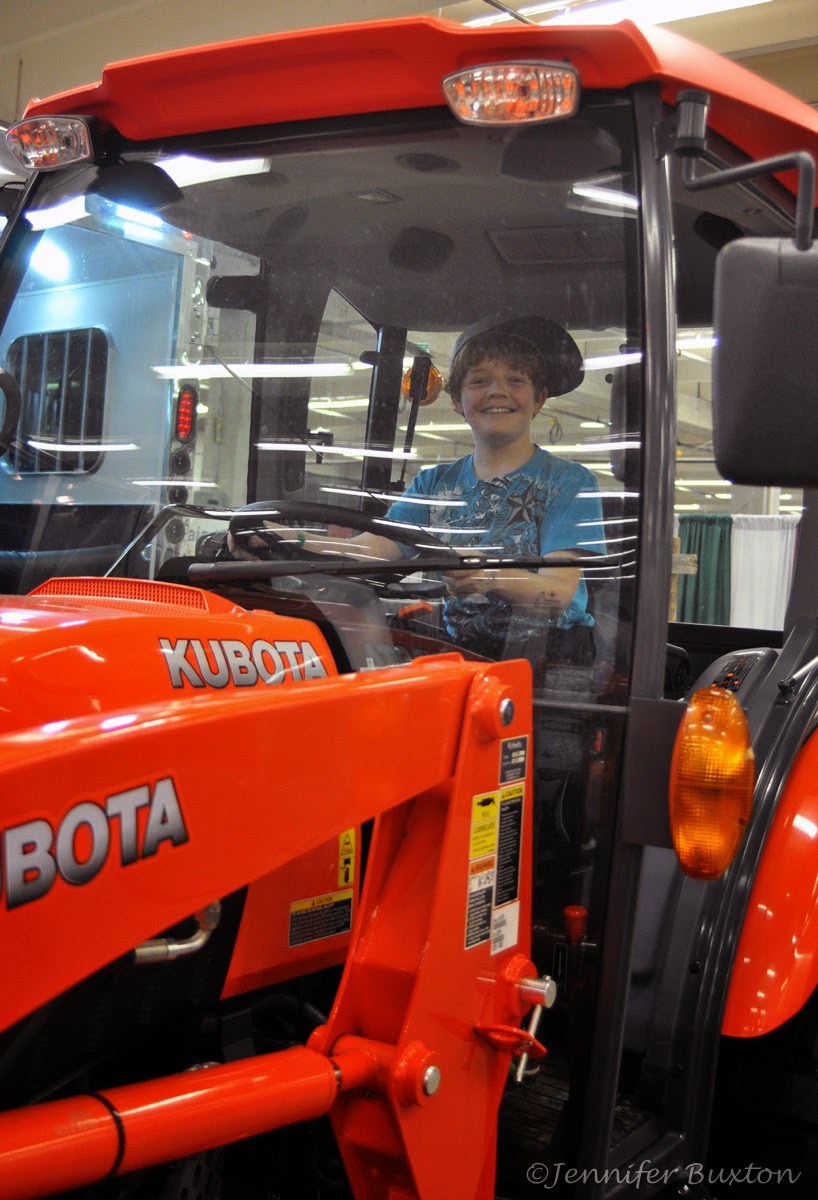 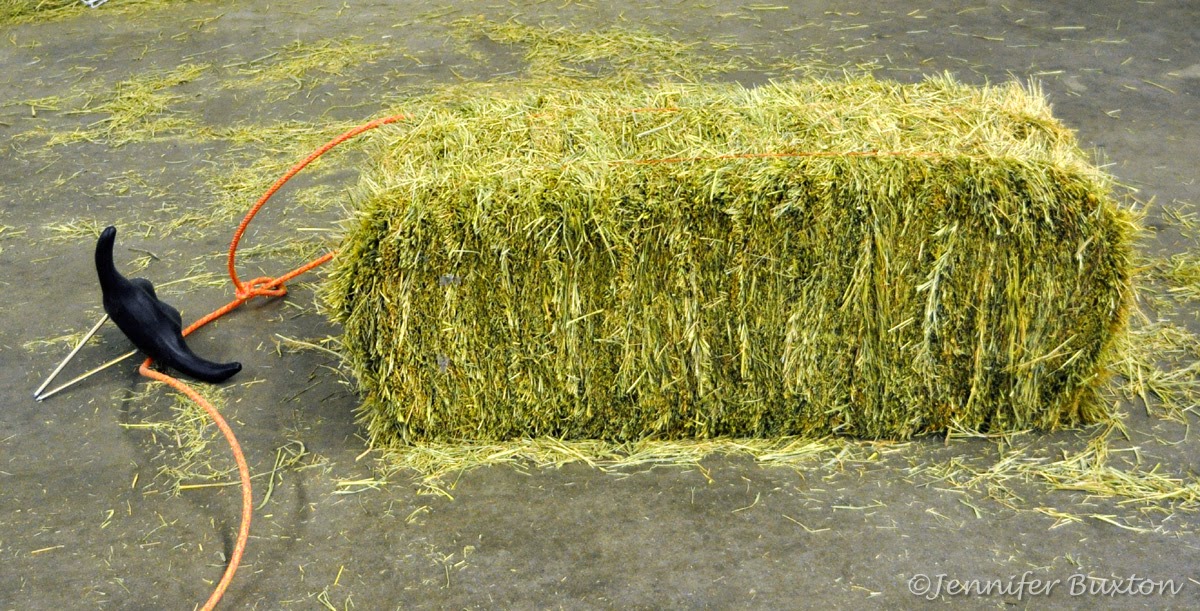 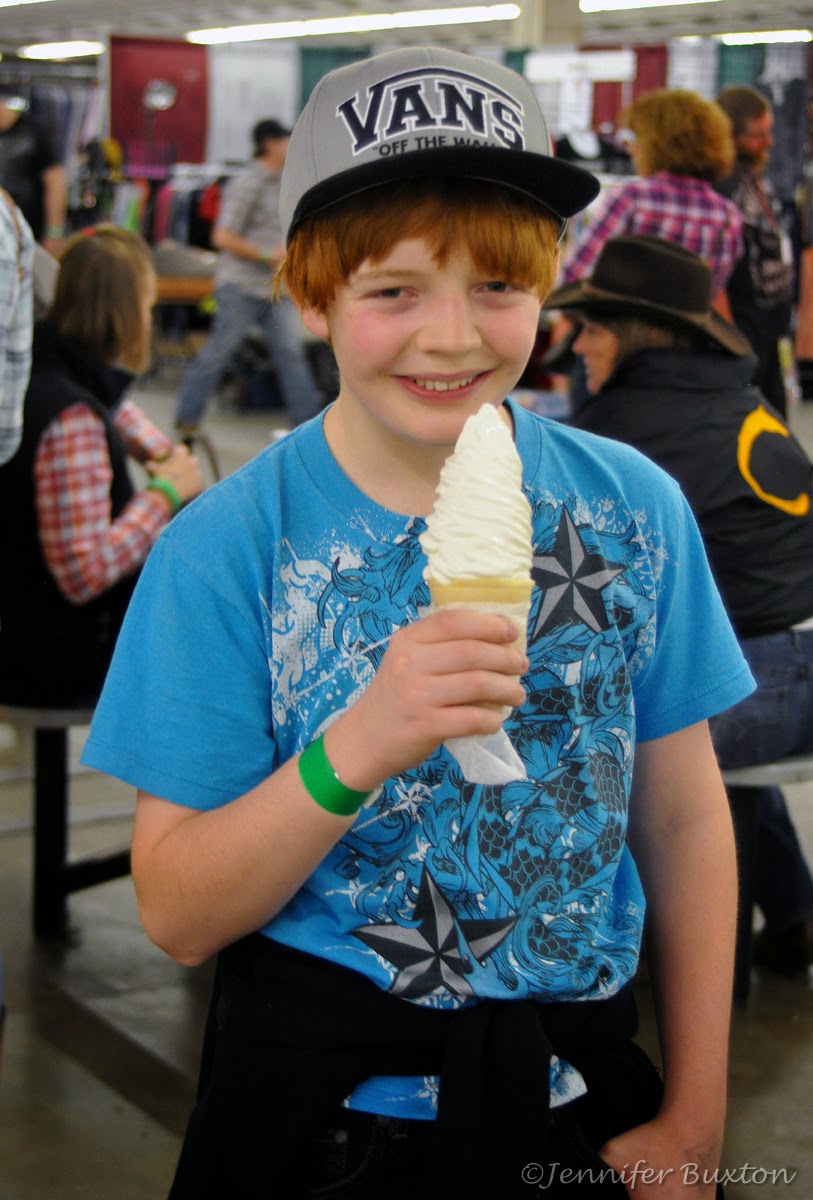 Although I wasn't looking for model horses, I couldn't help but notice a few. 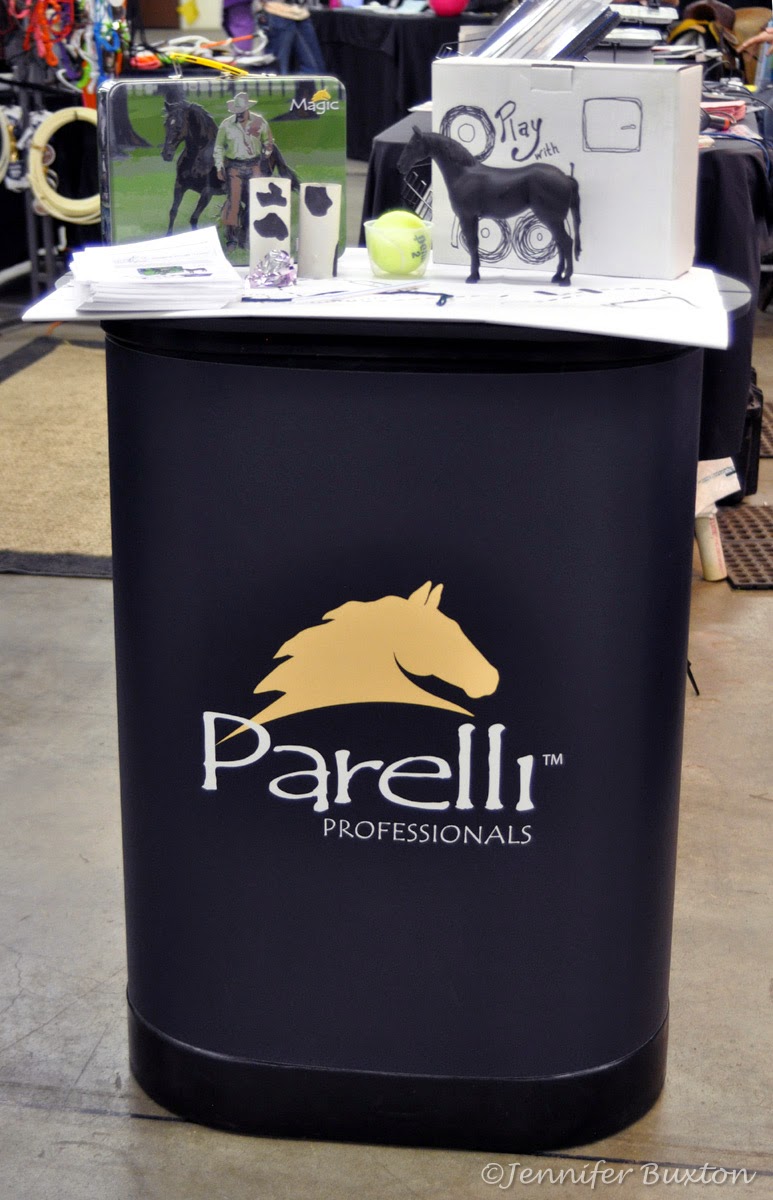 These "wrapped" horses were oddly interesting. 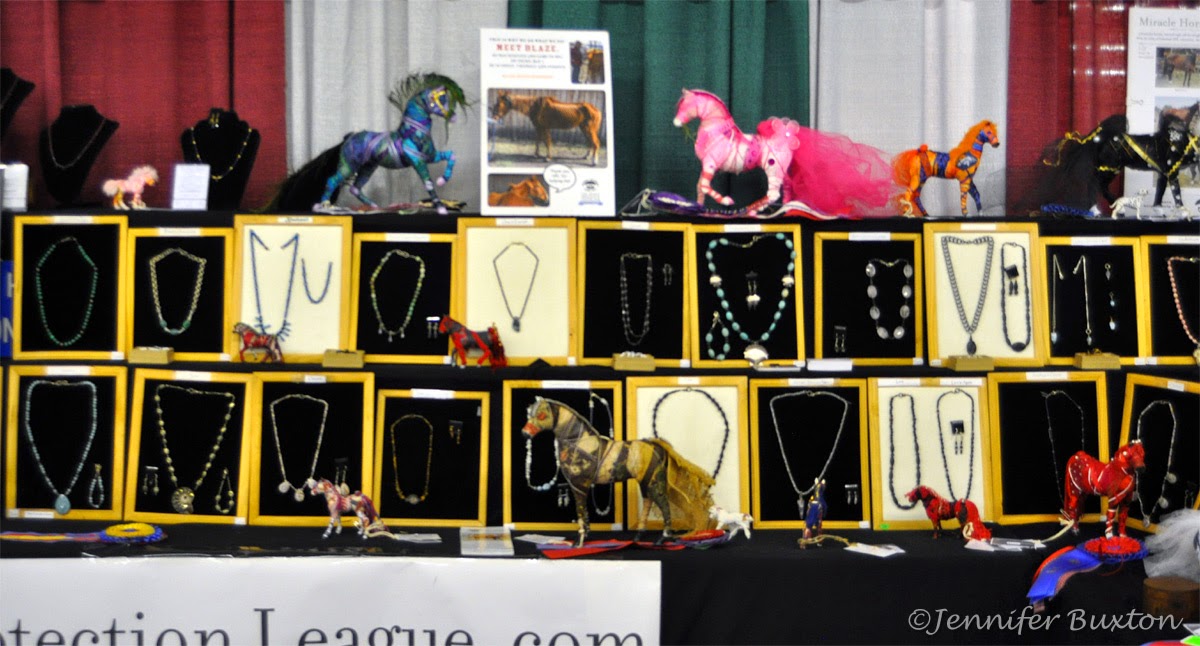 James and I decided that these would be fun to make... 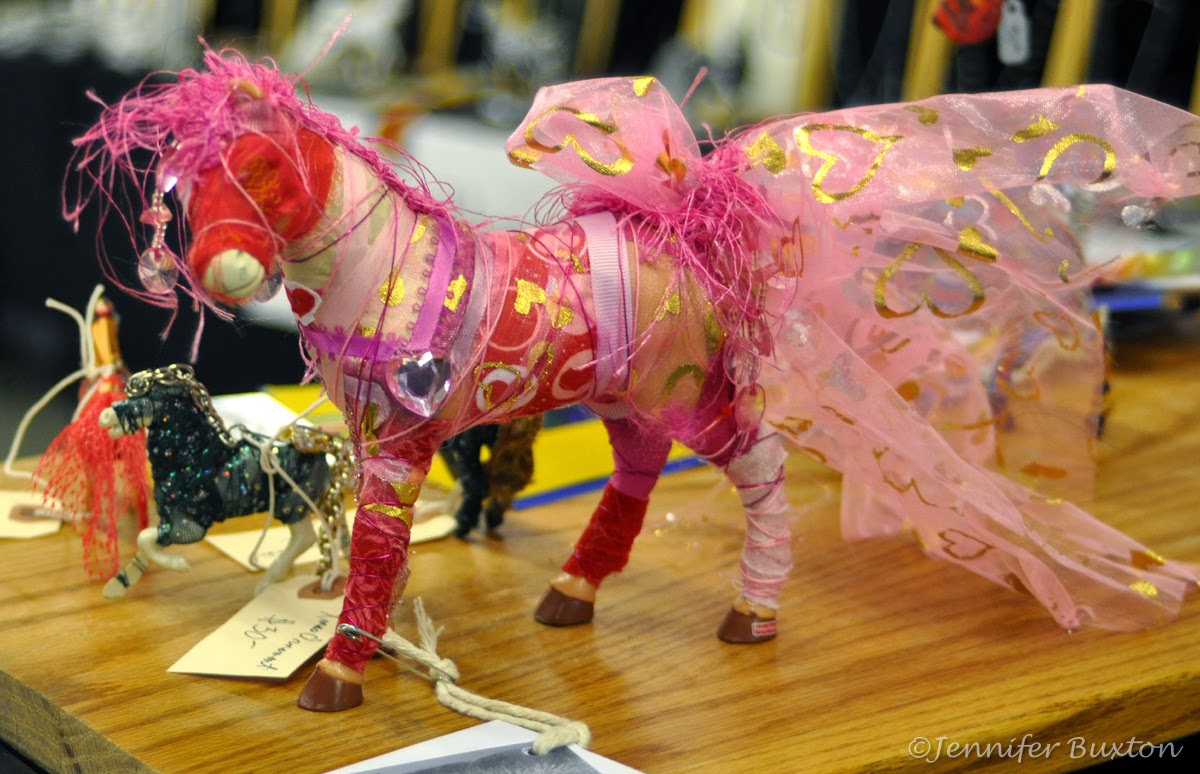 but neither of us wanted to take one home! 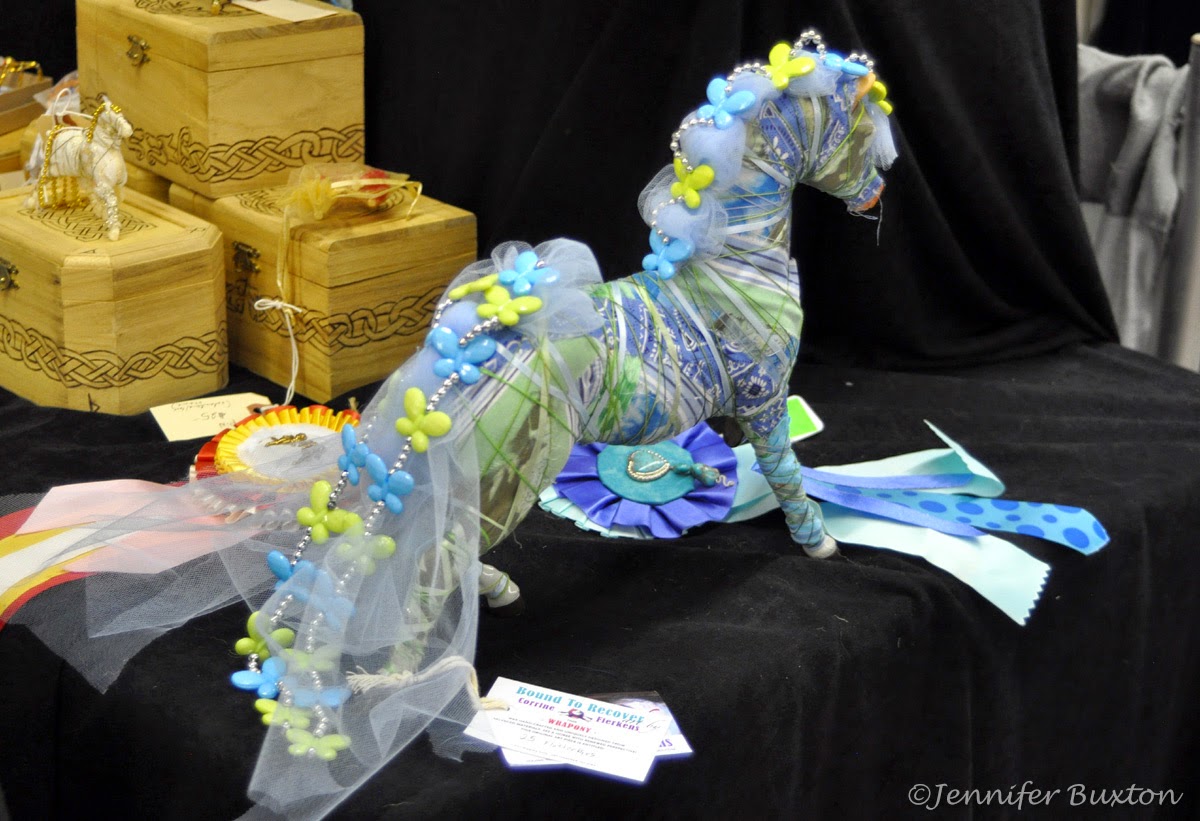 After about an hour, we followed the minis... 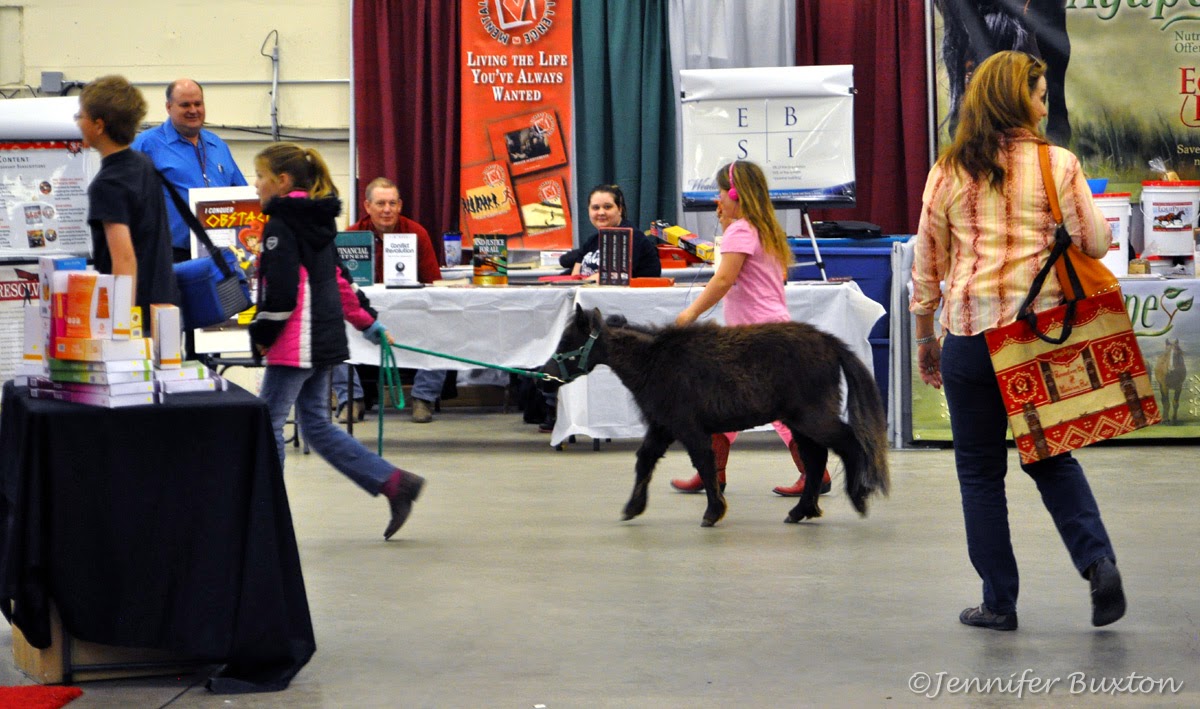 to the Event Center. 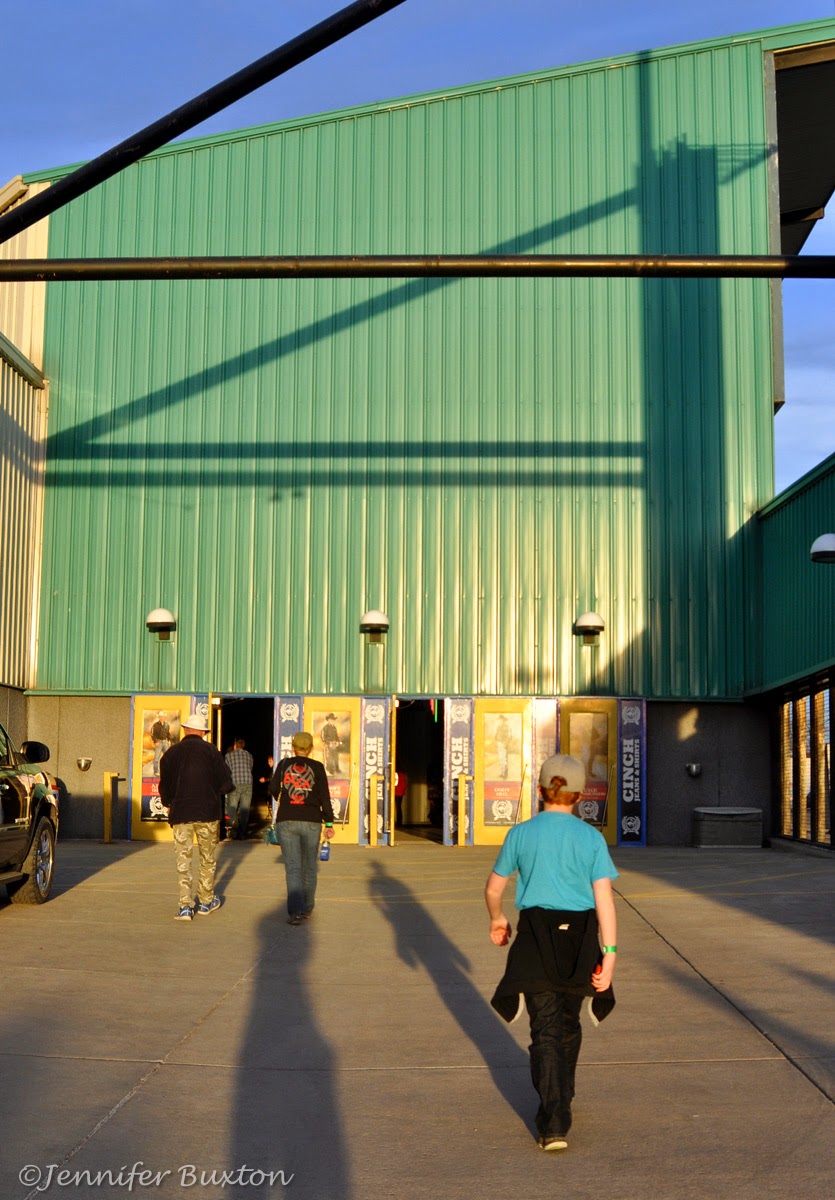 We'd planned to find a seat for the Mane Event, 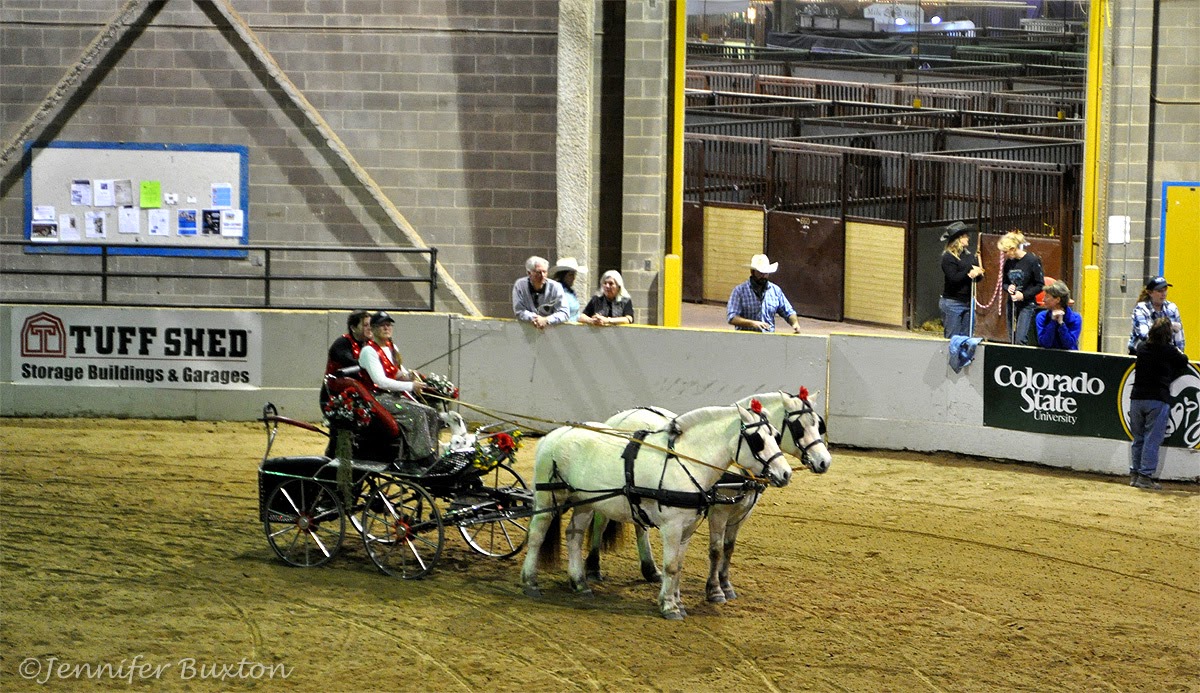 but we got sidetracked by the action... 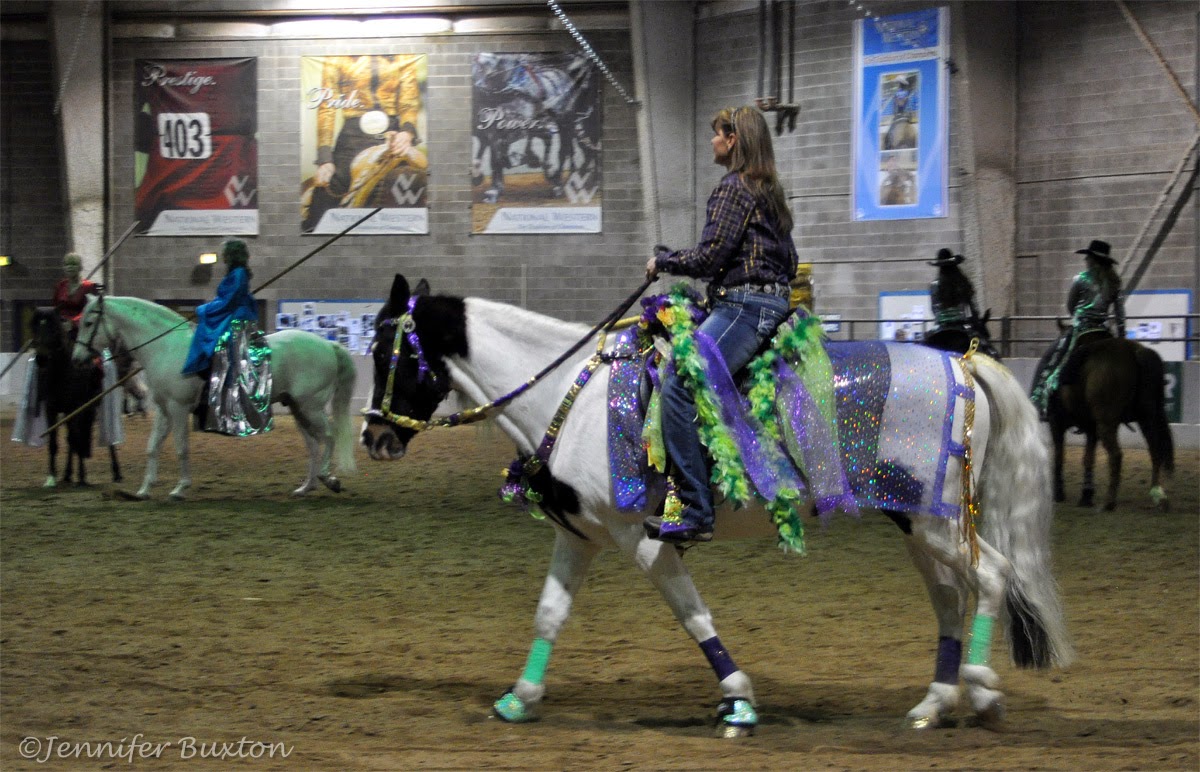 in the warm-up arena. 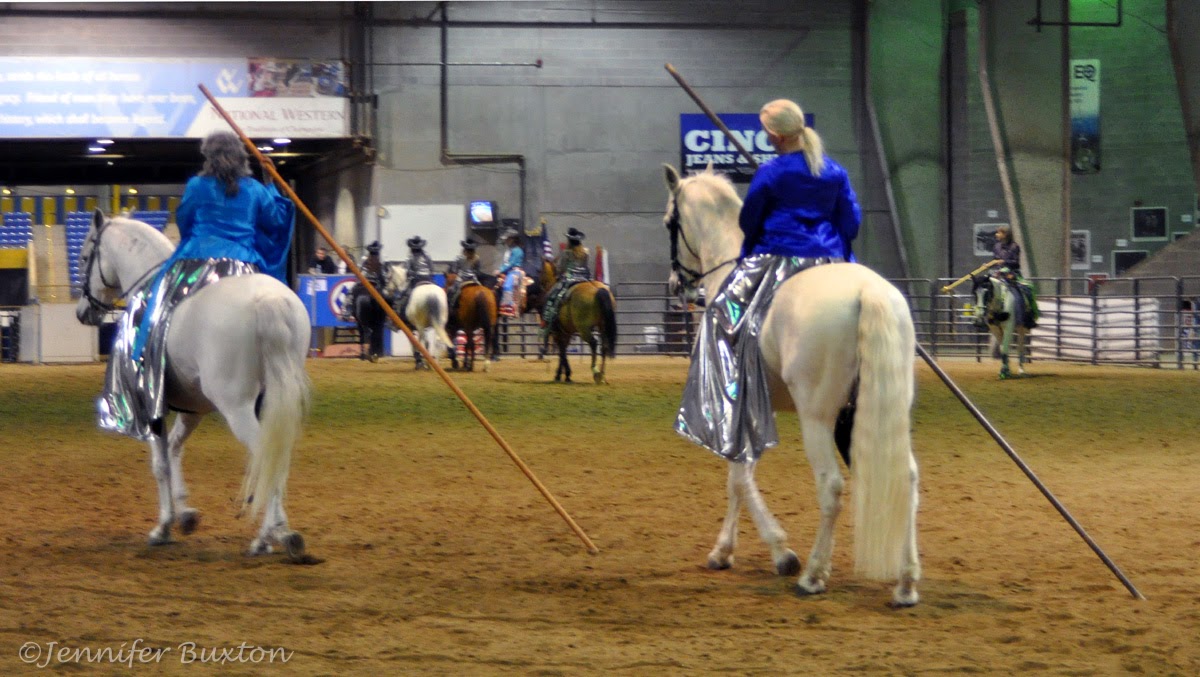 Then we saw some sparkly Haflingers, and we just had to venture into the barn area to meet them. 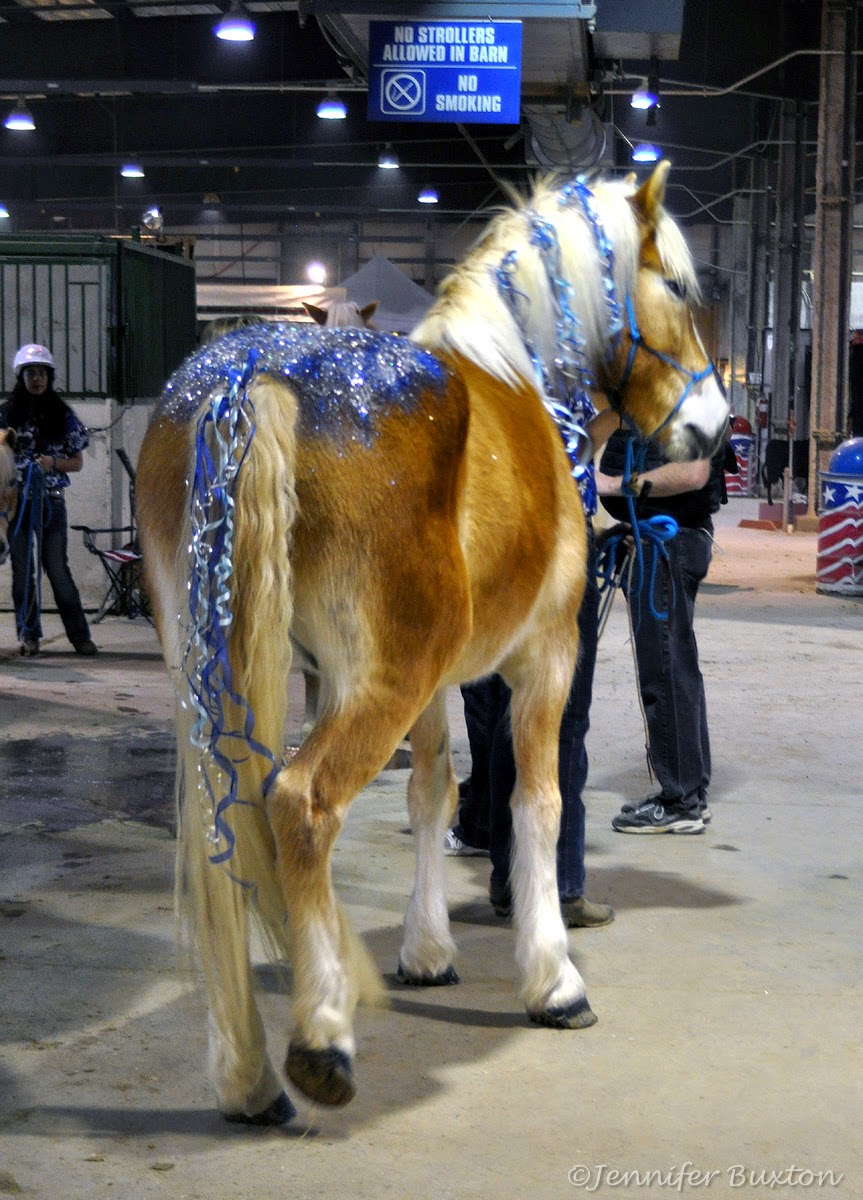 Our journey to our seats was further delayed when we once again crossed paths with the minis. 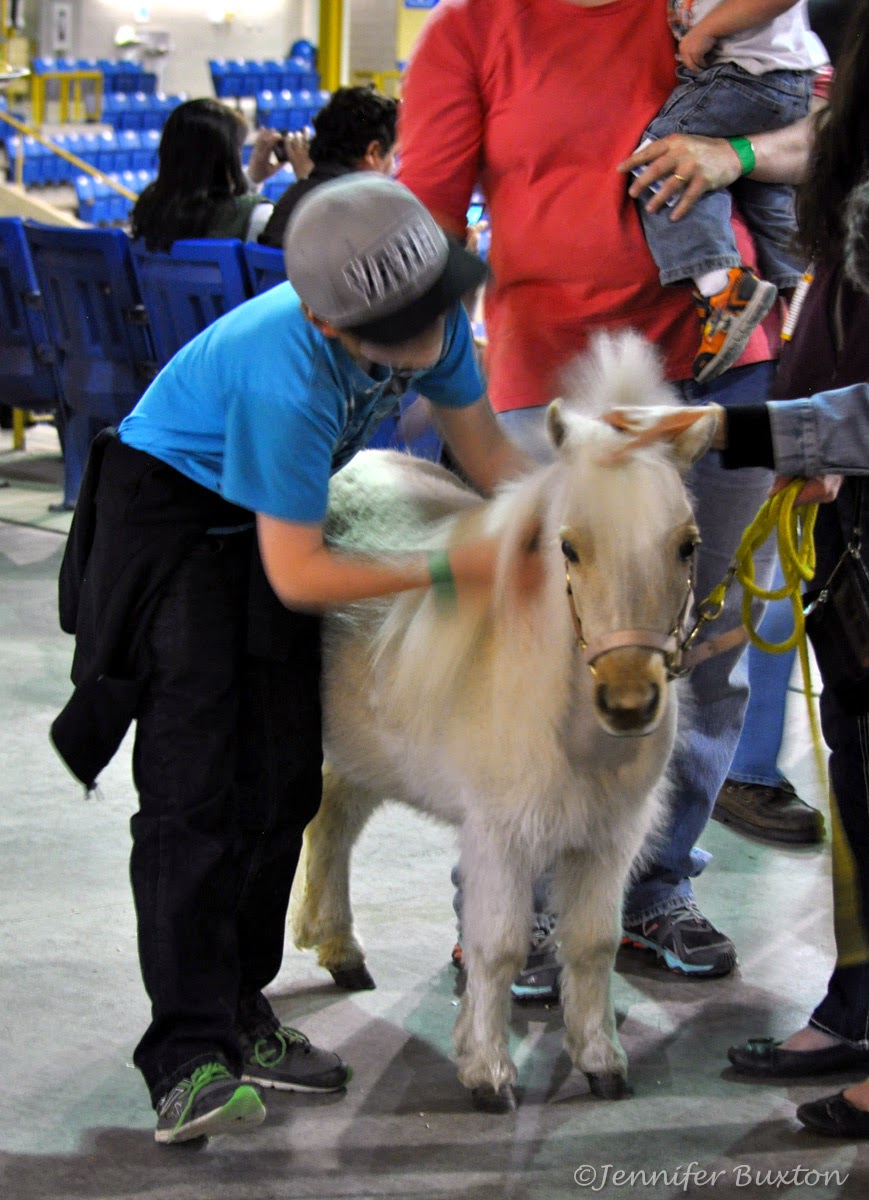 We'd barely sat down when the arena lights went out... 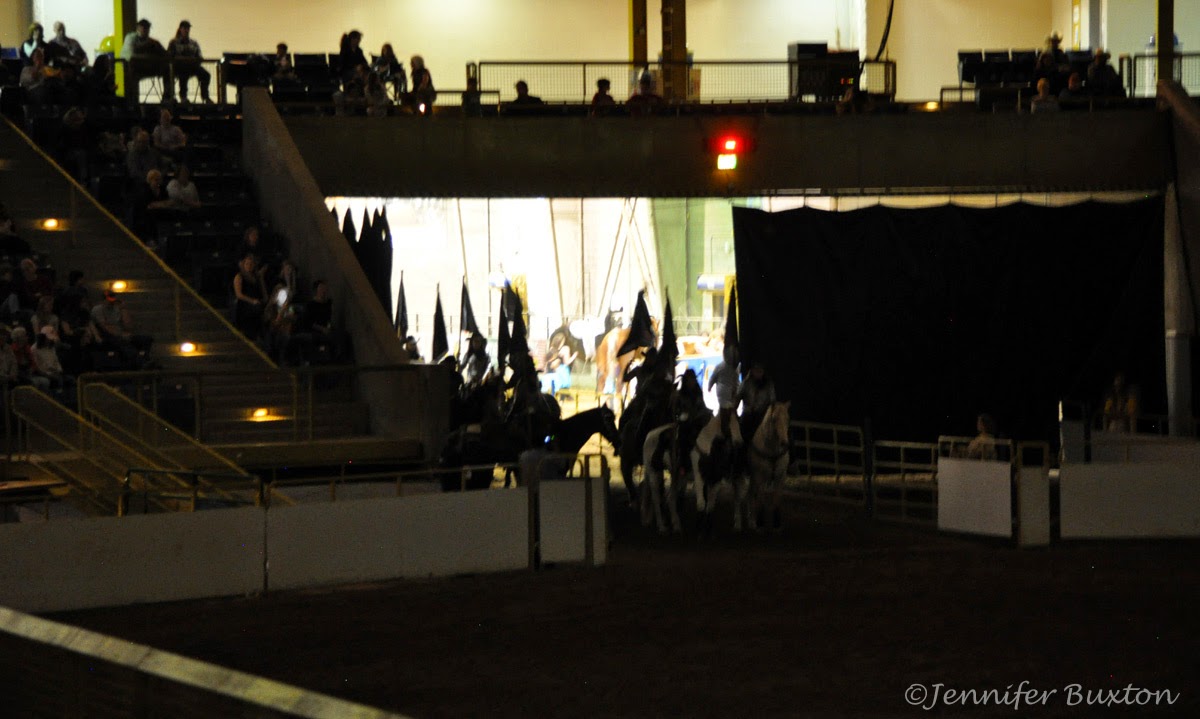 and the show began. 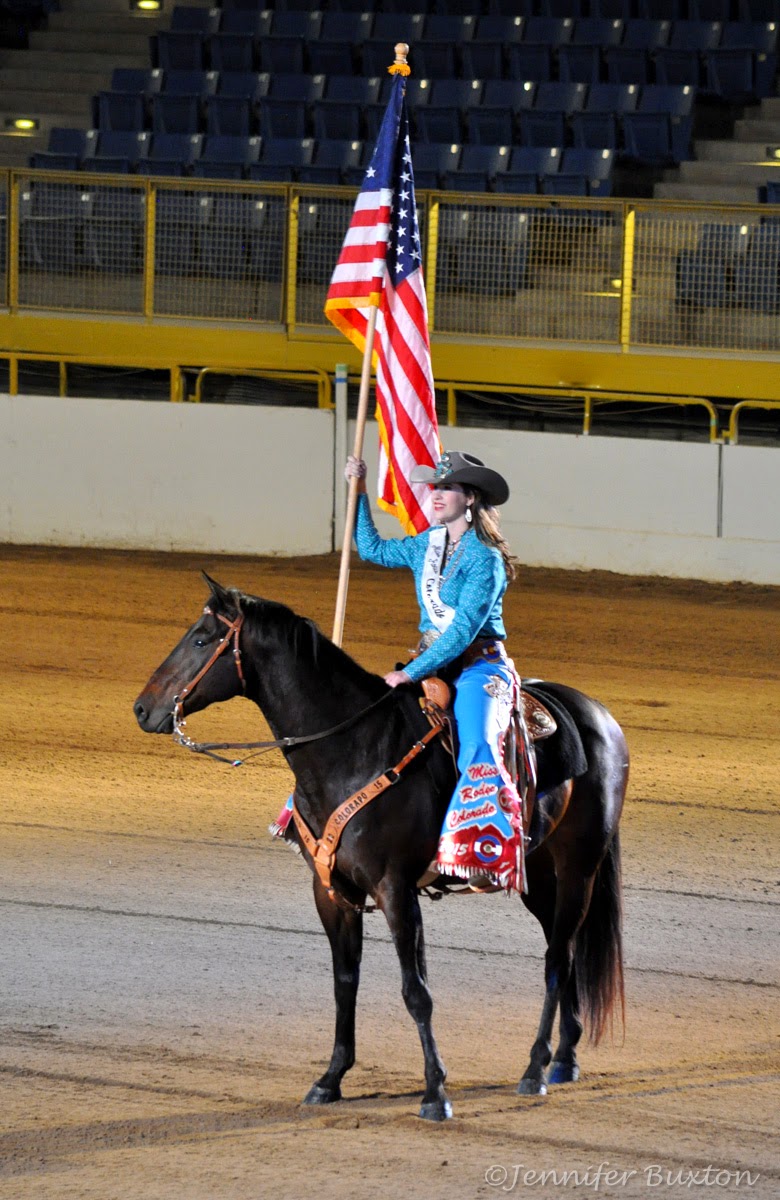 Stay tuned for coverage of the Mane Event.
Posted by Braymere at 10:31 AM