Today's weekend show report is a two-fer. Yesterday, Texas hobbyist, Gin McDaniel, attended the 2015 edition of Charlotte's Saddlery Breyer Show which was held in conjunction with the venerable Pin Oak Charity Horse Show. Here's a quick look at both shows!

For many years our local tack store, Charlotte's Saddlery, has held a Breyer show, not a NAN qualifying show just a fun show. This year they were invited to participate in the 70th anniversary of the Pin Oak Charity Horse show in Katy, Texas.  The Pin Oak Charity Horse Show has events not just for Hunters and Jumpers but Saddlebreds, Andalusians and Lusitanos. All the proceeds go to children's charities, such as Ronald MacDonald House and Texas Childrens Hospital. 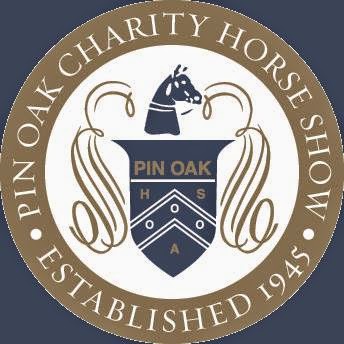 The model show's class list a little different than most.  The classes are divided by age: 5-10, 10-15, and 15 and older, both in performance and halter.
This is the view from the show hall overlooking the main arena. The horse show began at 8 am with Andalusion and Lusitano Dressage Suitability. 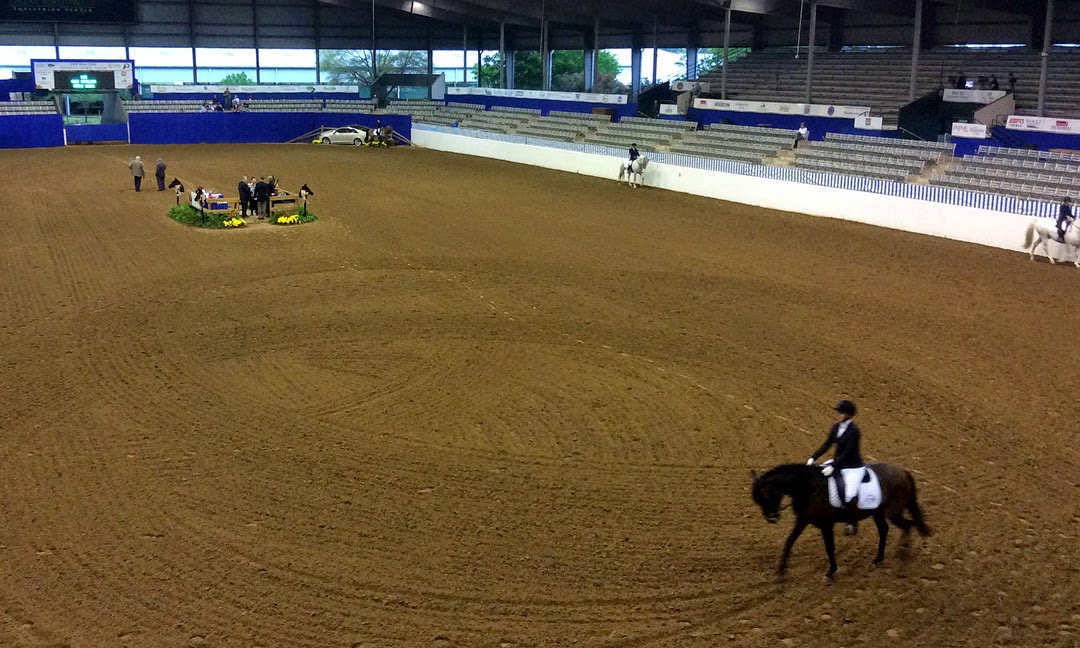 The first class in the model horse show was OF Thoroughbreds. 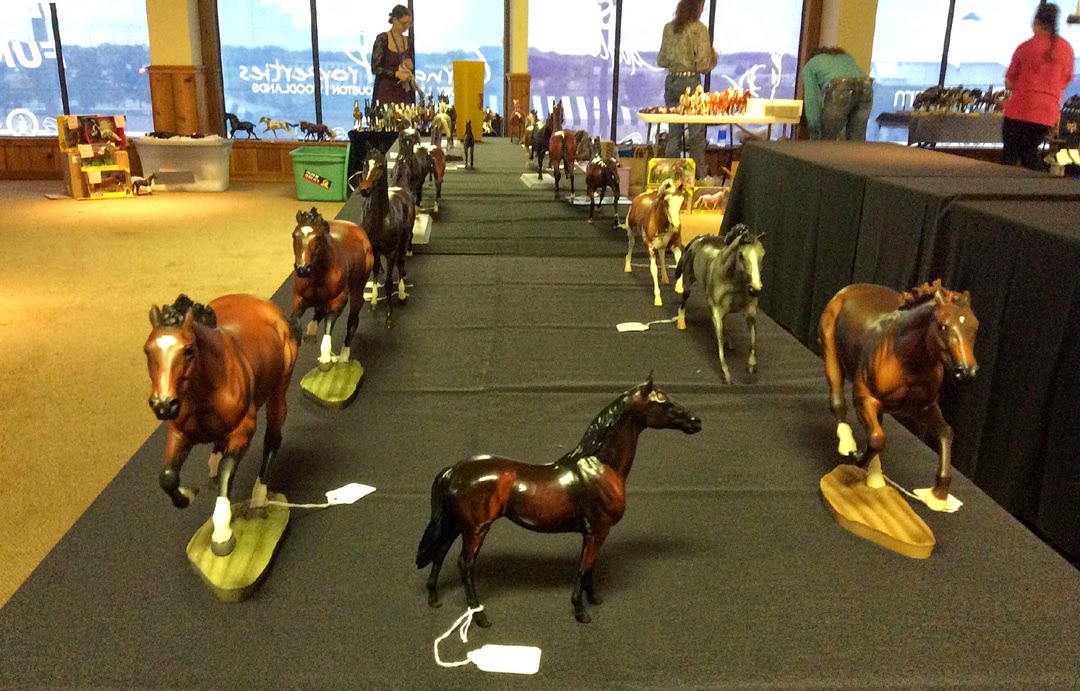 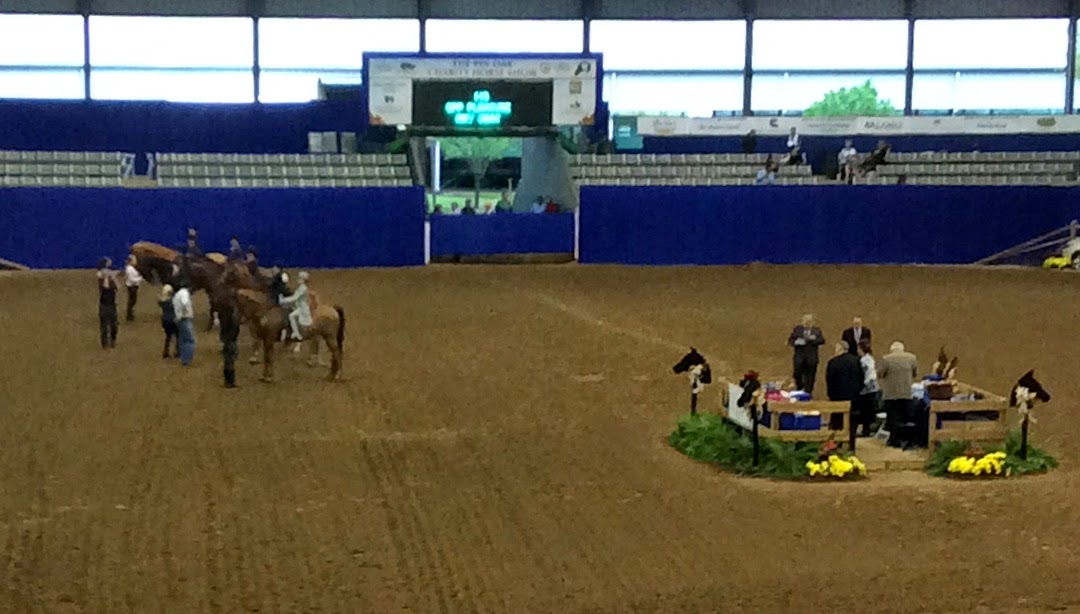 and a class just for shiny Ponies! 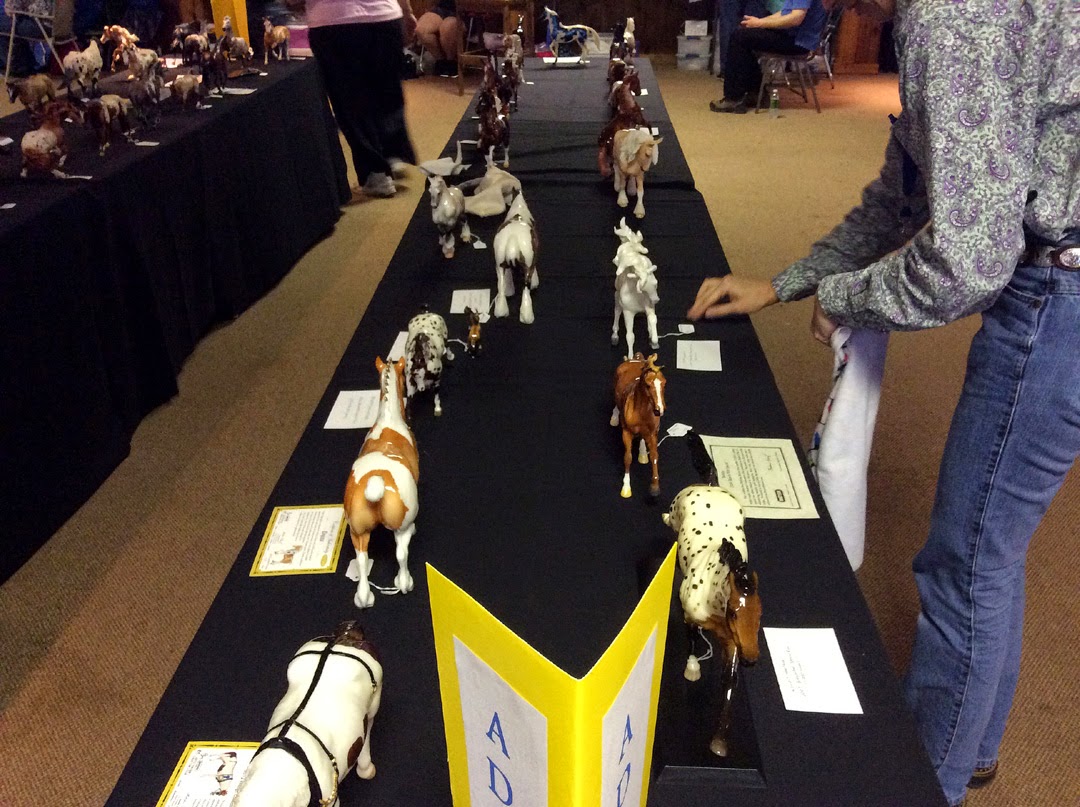 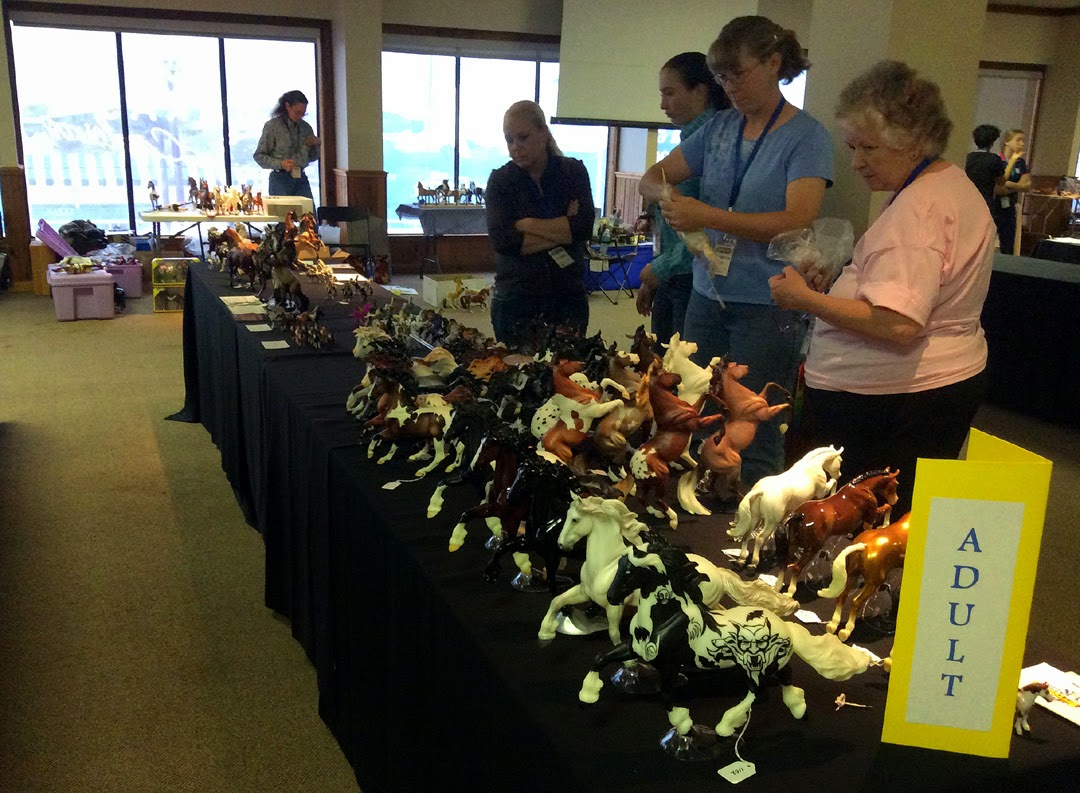 Meanwhile in the main arena, the riders have just finished walking the course! 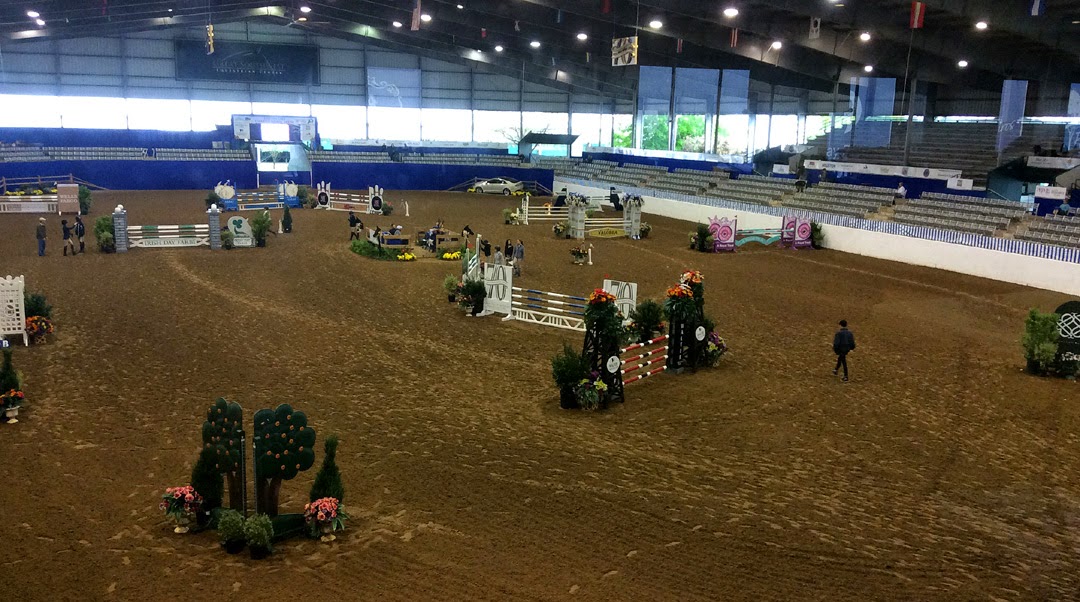 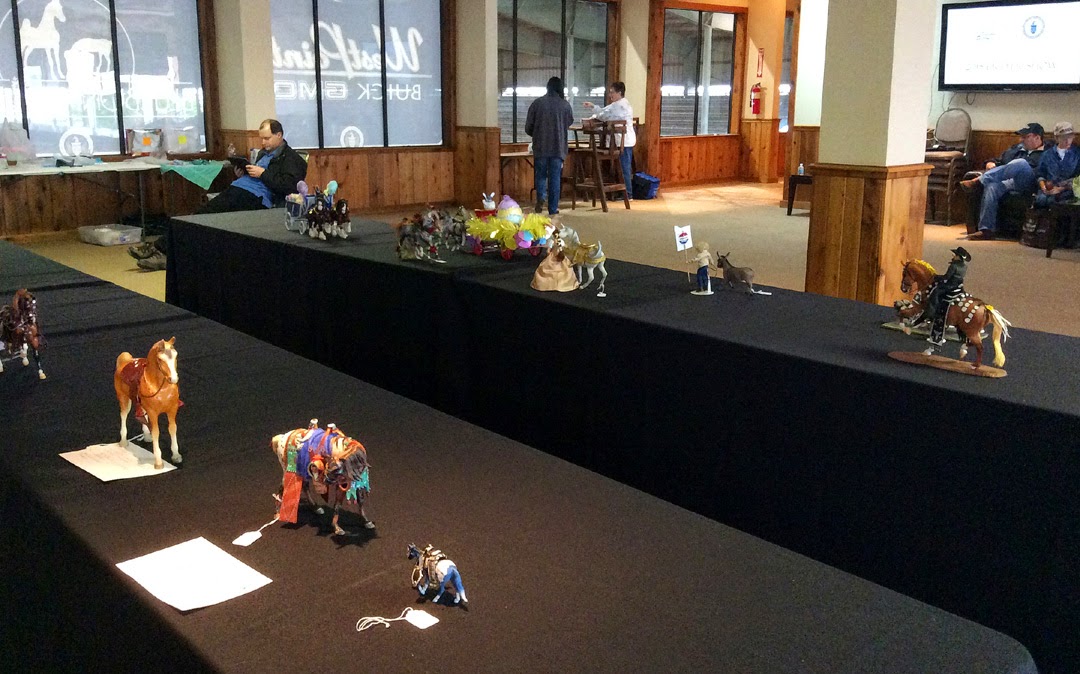 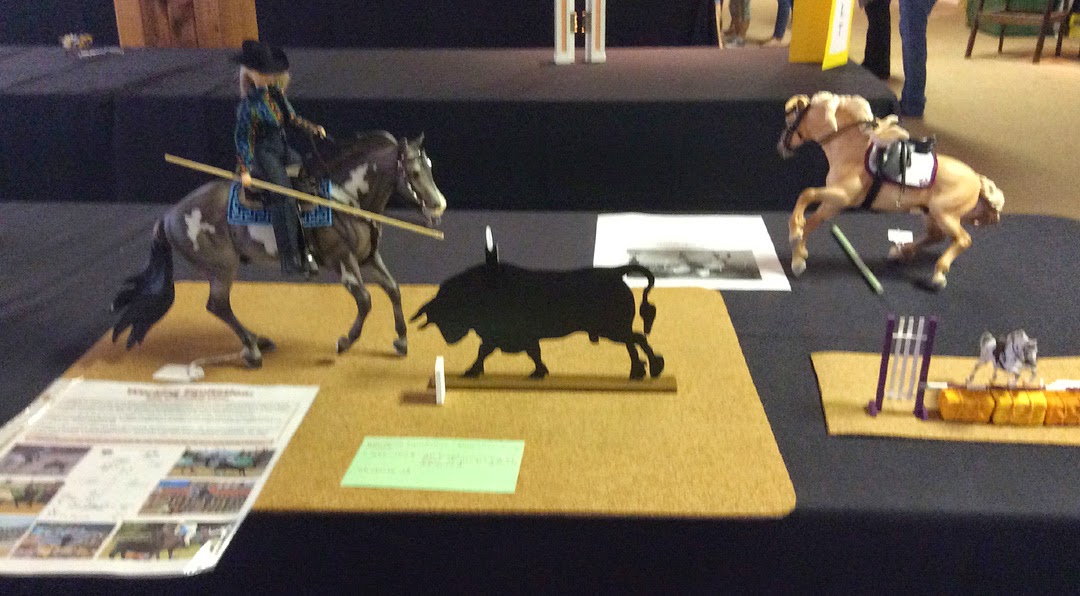 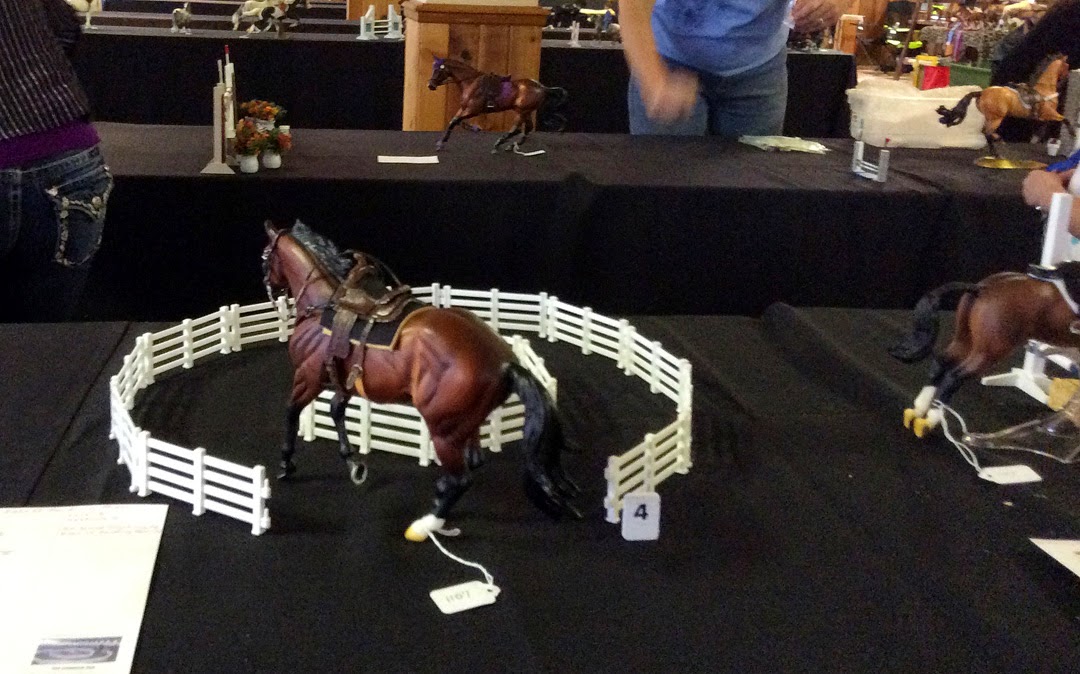 Alborozo was the adult performance champion. 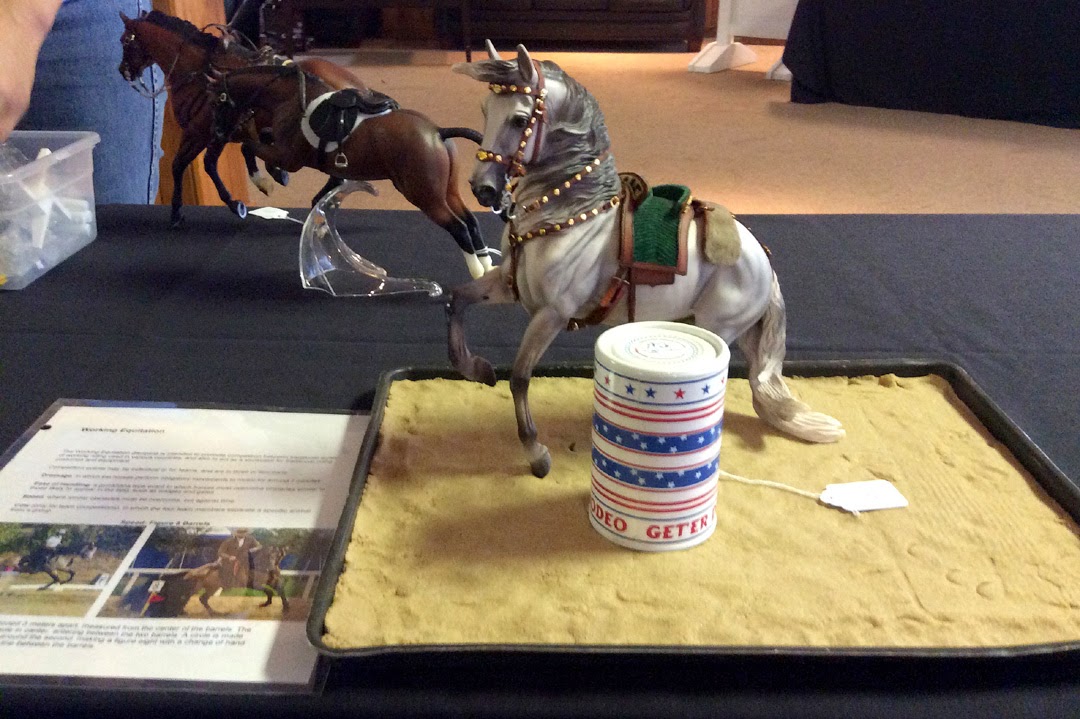 At lunch time we were visited by Hamlet and Novelisto D. 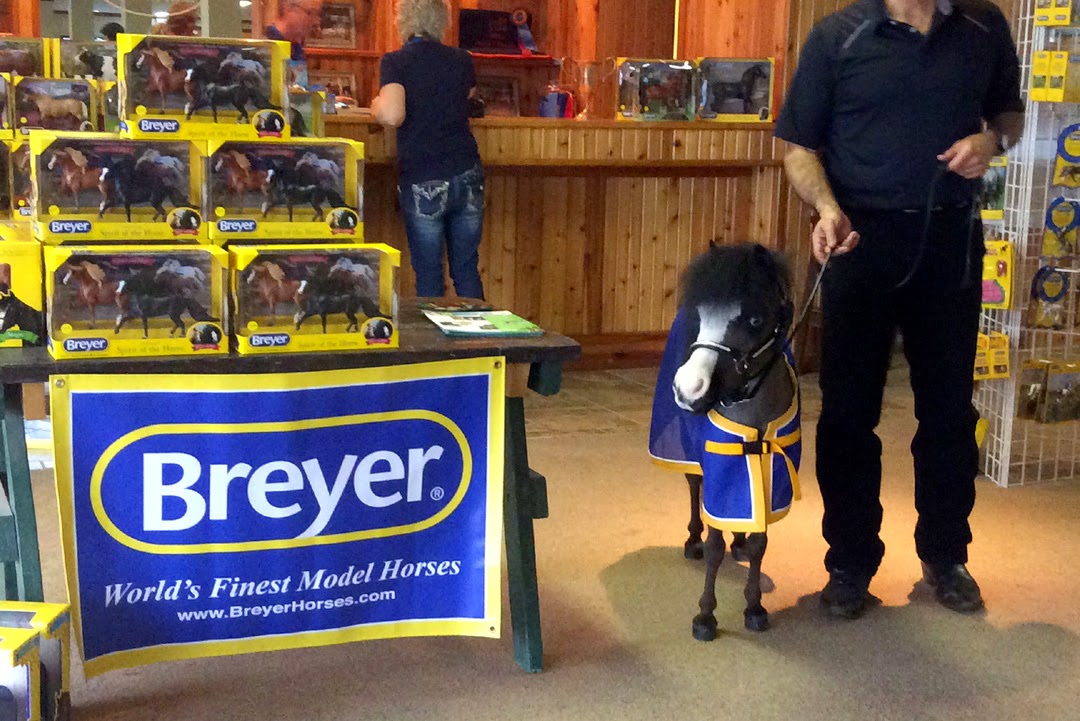 Then it was back to showing with Jumpers in the big ring... 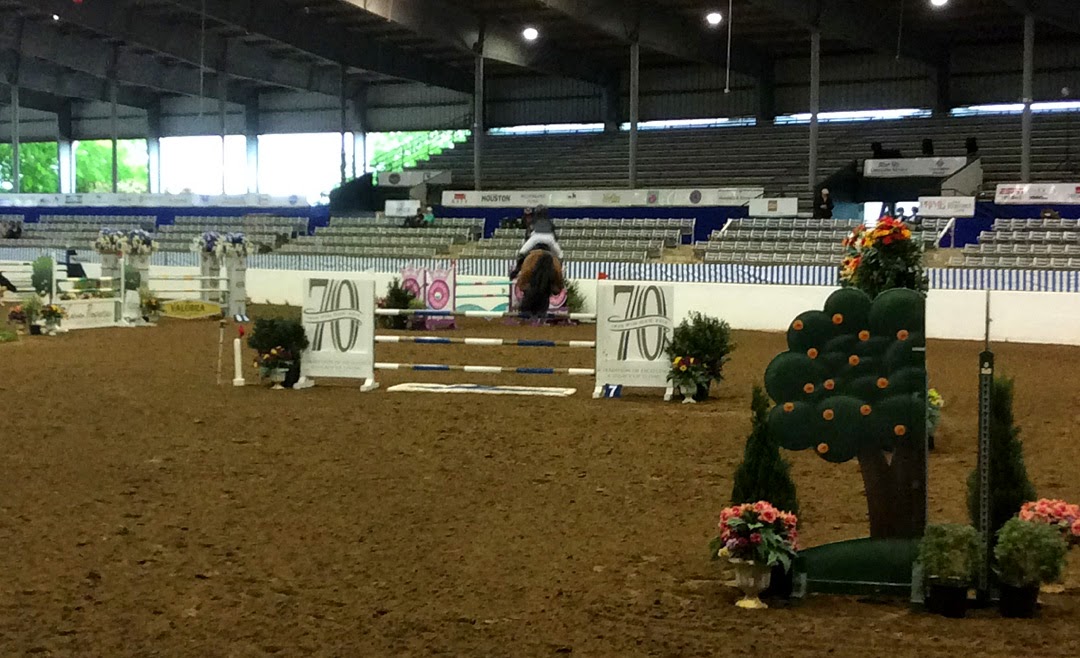 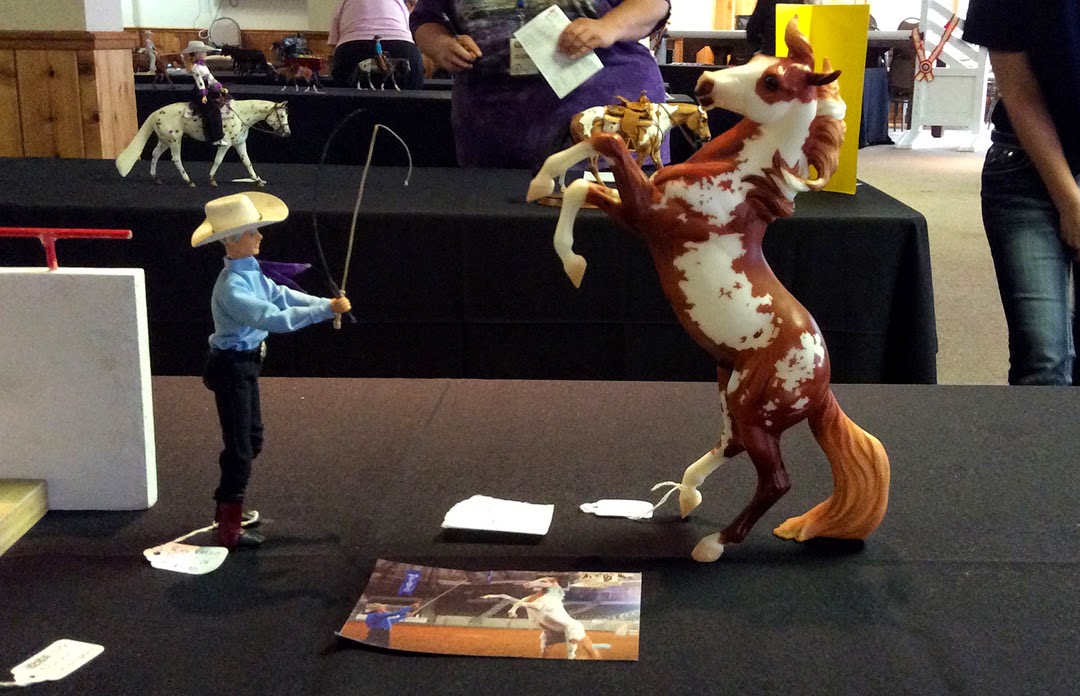 This mule was the overall performance winner. 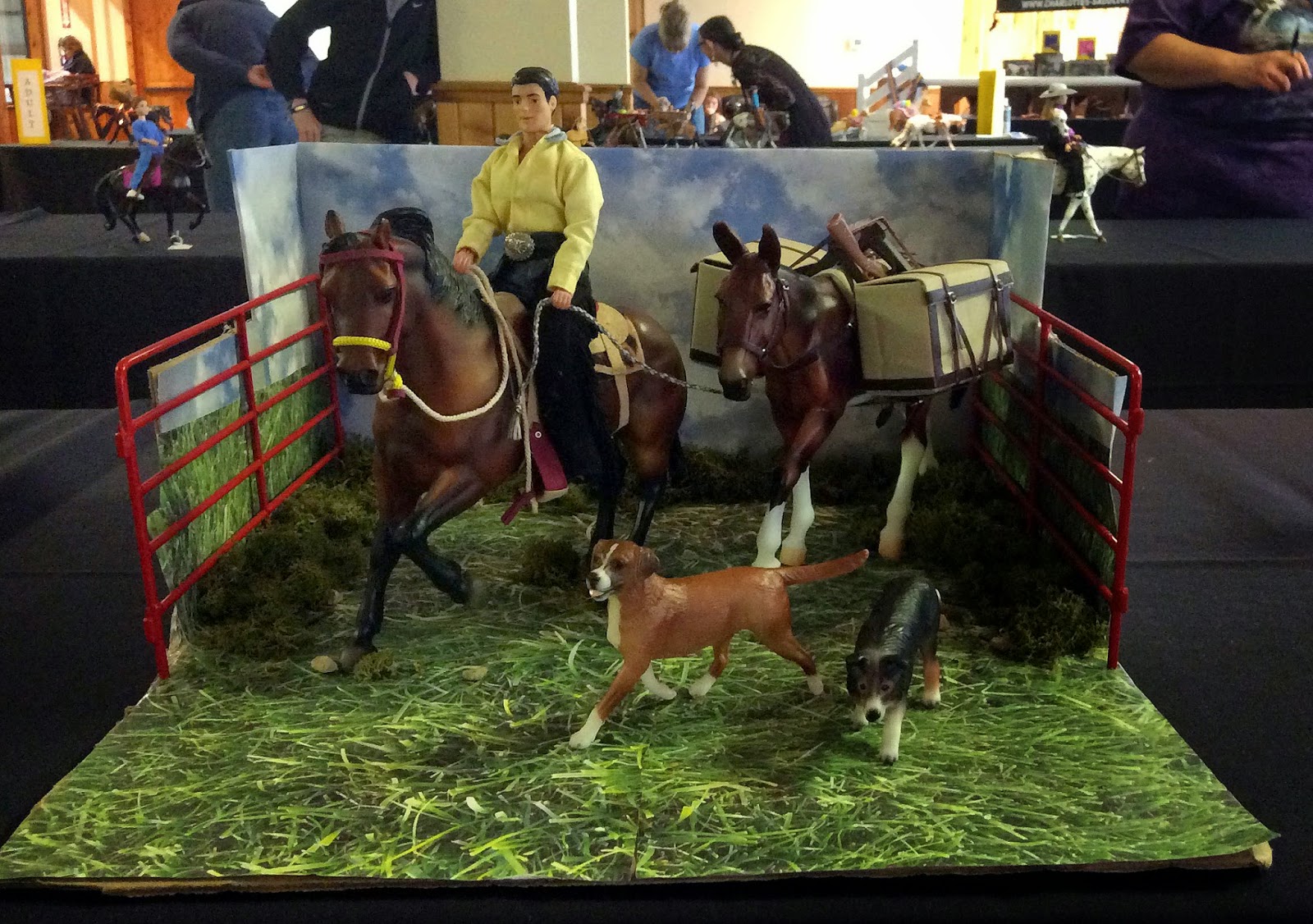 One of the cutest entries of the day was this Easter Themed Harness entry. Thankfully, I took the picture before they ate the eggs! 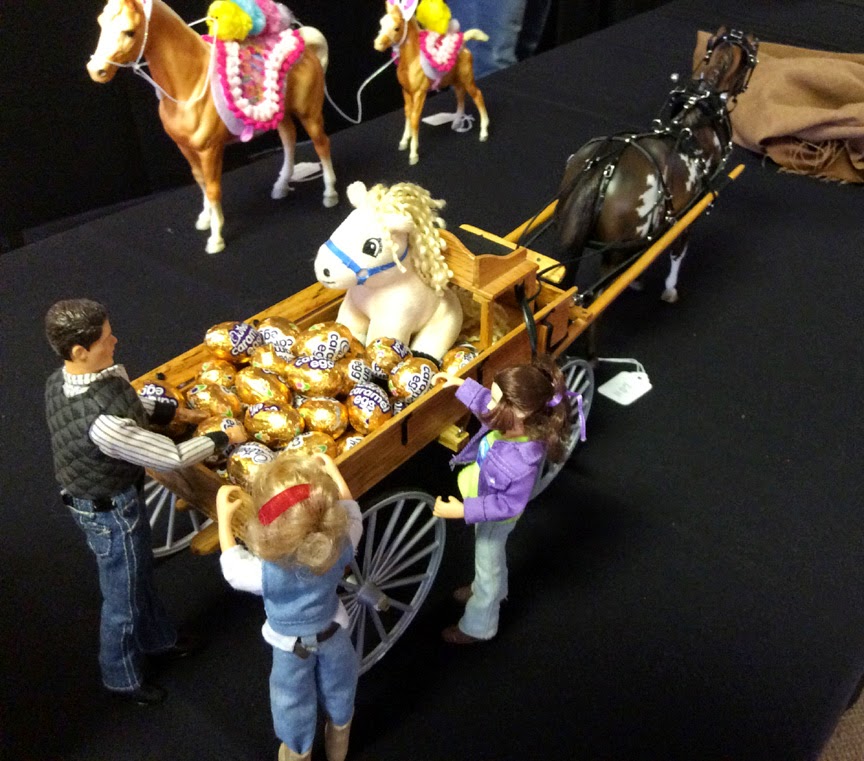 The local media covered both the real and model shows. The footage can be seen here.
Posted by Braymere at 9:25 AM